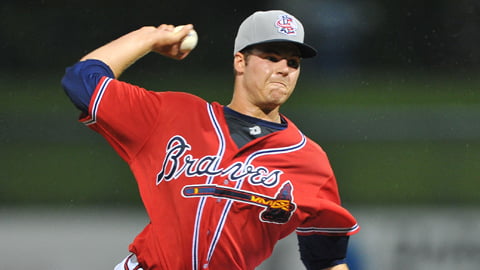 For an update on Cowboys at Triple-A or the MLB level, just click here.

Rated as the 12th-best prospect in the Atlanta Braves system heading into 2015, Hursh didn’t envision this rough of a start to the season. He’s 0-1 with an 8.50 ERA in five starts this year, having given up at least two earned runs in each start. More alarming are the 14 walks allowed in 18 innings, a command issue he never struggled with at OSU. Some time down at Single-A or in the bullpen might help him regain his form.

Belza has done a bit of everything this season for Arizona’s Double-A affiliate. The only positions he hasn’t started in 2015 are catcher and shortstop, but the season is still young. He’s hitting .289 with three home runs and seven RBIs, though he’s averaging almost a strikeout a game. Most of his time has been spent in the outfield this year, but that versatility gives Belza a leg up on his teammates when it’s time for call ups.

The 2011 OSU grad was invited to the Brewers’ Spring Training, but started the season at Double-A Biloxi. If he continues his hot start to 2015, he could see a call up to Triple-A in no time. So far, the southpaw has a miniscule 0.77 ERA in seven relief appearances. Combined with a 0.86 WHIP and .081 batting average against, Strong has been among Biloxi’s best this year. TK hasn’t had the best start to the season either (seems to be a bad trend among Cowboys). He’s got a .151/.210/.219 slash line, though he does have nine RBIs and a pair of triples. For perspective, he hit six triples in four college seasons. He was a career .314 hitter in college, so there’s hope that he can right the ship.

The 2014 Big 12 MVP made the switch to catcher over the winter, but it’s been a difficult transition so far. In nine games this season, he has two passed balls and has caught just one of five base stealers. He’s suffered at the plate as well: he’s hitting .140/.173/.200 with a 19:2 strikeout-to-walk ratio. He’s got a long ways to climb through the White Sox organization. 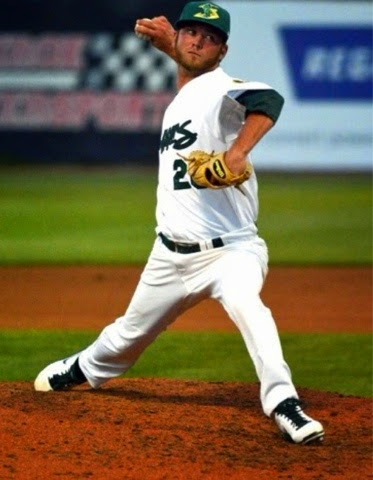 OSU’s leader in career saves has picked up where he left off last year. Playing for Oakland’s Class-A Advanced affiliate, McCurry has saved two of his three chances this season, posting a 1-1 record with a 3.77 ERA. More impressive is his 22:6 strikeout-to-walk ratio through 14.1 innings. McCurry should be on the fast track for promotions, and is with one of the best organizations for pitchers.