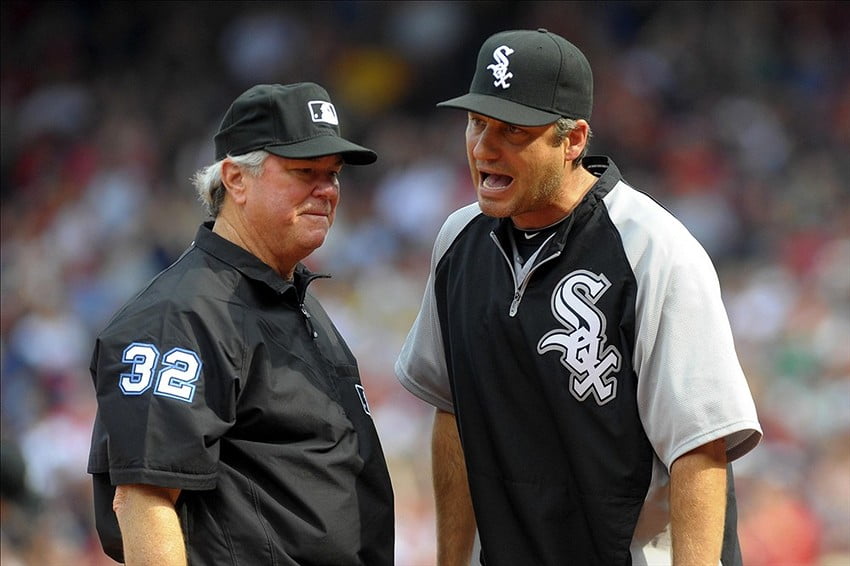 Over a month into the season, here’s an update on former OSU players now in the pros.

It’s been a rough start to the season for both OSU managers. Ferrell’s Red Sox are in last place in the AL East, four games behind the rival (and AL East leader) New York Yankees. The pitching staff has been nothing short of awful: the 5.04 ERA is the worst in the American League, and is only beaten by Colorado’s 5.08 team ERA. The offense has scored the 7th-most runs in MLB, so Ferrell still has hope if his pitchers can turn it around.

The situation is much more dire for Robin Ventura. His White Sox are tied for the fewest wins in all of baseball, and the Tigers and Royals have jumped out to a large lead in the AL Central. The pitching staff is near the bottom of the league in most categories, but it’s the offense that provides more concern. No team has scored fewer runs than the White Sox, who also have the third-lowest slugging percentage. They’ve only hit 12 home runs, with five of those coming from sophomore sensation Jose Abreu. Chicago’s South Side hasn’t finished with a winning record since 2012, so Ventura might be running out of time.

A few weeks back, Mercer was hit by a pitch in the ribs, and he sat out four games to recover. Since then, he’s struggled to find his swing. He has a .197 batting average this season with just four RBIs, but manager Clint Hurdle seems determined to allow Mercer to regain his confidence. Pittsburgh has some ground to make up in the NL Central though, which means Hurdle might not have enough time to remain patient with Mercer.

The journeyman of 12 years had a tryout with the Yankees during Spring Training, but it was the Dodgers who signed him to a minor league contract. He started at Triple-A OKC, where he went 1-1 with a 1.06 ERA in three starts. He was even named PCL Pitcher of the Week for the period April 20-26. That success didn’t translate to Los Angeles, who called him up for a pair of starts. He gave up seven earned runs in 11 innings, and has since been designated for assignment. 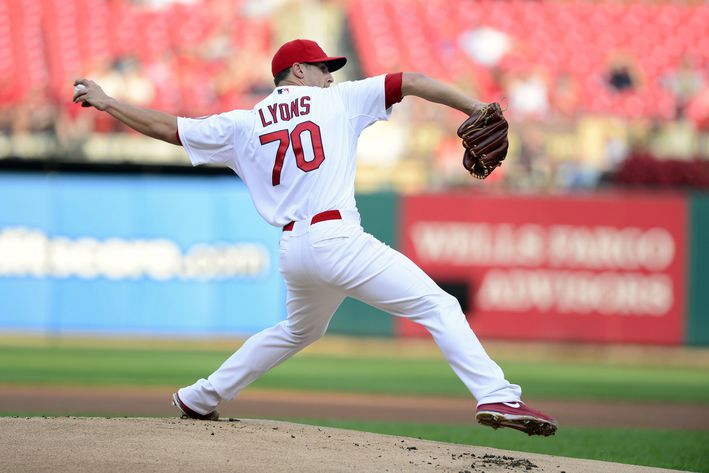 The southpaw started the season at Triple-A Memphis, going 2-1 with a 2.91 ERA in four starts. In his last start – the start that earned him last night’s call up – he threw eight shutout innings, walking one and striking out six. With the Cardinals’ taxed bullpen and a starter short, Lyons made his 2015 MLB debut last night. In 4.1 innings, he allowed three runs on six hits, while striking out seven Cubs. The Cardinals are loaded with starting pitching talent, so Lyons needs to keep performing in Memphis to earn repeat call ups.

One-time college teammates in 2007, Oliver and Brown have been reunited at Tampa Bay’s highest minor league team. Oliver has proved his reliability as a left-handed specialist this season, allowing two earned runs in 7.2 innings with seven strikeouts. He hasn’t made an MLB appearance since 2011, and the Rays already have a left-handed specialist in Xavier Cedeno, who has performed well to this point. However, Oliver’s position is a valued commodity among MLB teams. If he turns in a good first half to the season, the Rays could be forced to call him up or trade him.

Corey Brown appeared in three games for the Red Sox last season, recording only one at-bat. Now with his third organization in three years, he still hasn’t found enough success to stick at the major league level. This season, he’s hitting .204 and has struck out 18 times in 14 games. Brown will turn 30 at the end of this season, which means he’s running out of time to figure it out.

Heaney had a whirlwind offseason: the Marlins sent him to LA, first to the Dodgers (where he spent less time than most of my layovers) before he was turned around to the Angels. The Halos started him in Salt Lake, where he threw seven scoreless innings with eight K’s in his first start. Since then, he’s allowed 13 runs in 18.1 innings, though he picked up wins in two of his four starts in that span. The Angels will look for that ERA to come down before they bring him up, but Heaney will almost certainly make some MLB starts this season.

Flores has had more than 1,000 at-bats in the minors, but none at the MLB level. For now, he’s in a catching platoon with Max Stassi, though neither offers impressive stats this season. Flores has played in nine games, posting a .200 average. He did have his first two RBIs of the season the other day, and has a hit in each of his past two starts. However, he’ll be hard pressed to crack the starting lineup for the Astros. Hague is off to a great start for Toronto’s Triple-A affiliate. He’s hitting .338 in 23 games with a homer and 15 RBIs. Though he has spent most of his career playing first base, he’s mostly played third for the Bisons this season. Even though he owns the third-best batting average on the team, there’s a ceiling to Hague’s success: he’s stuck behind Josh Donaldson and Danny Valencia at the major league level, both established veterans who are contributing for the Jays this year.

To continue on to Cowboys at the Double-A and Single-A levels, click right here.