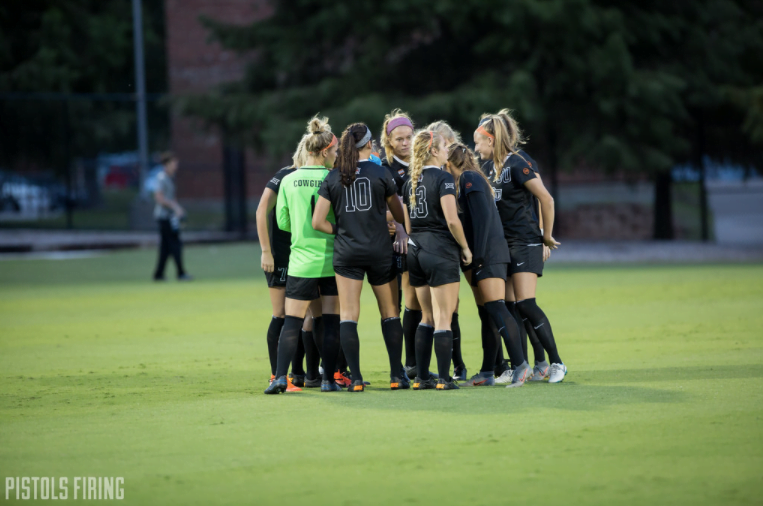 Oklahoma State’s women’s soccer team achieved its highest national ranking in a decade this week as the Cowgirls came in at No. 14 in the final United Soccer Coaches Poll.

OSU went 13-3-2 on the season and advanced to the Sweet 16 of the NCAA Women’s Soccer Championship for just the third time in program history. The No. 14 ranking is the program’s highest since climbing as high as No. 5 in 2011.

While OSU’s climb to No. 14 is in its own right an incredible accomplishment, consistency is becoming more and more common in Stillwater. It marks the second consecutive year OSU has appeared in the final United Soccer Coaches Poll. (The Cowgirls also came in the final rankings at No. 19 in 2019.)

In addition to the United Soccer Coaches Poll, OSU also ranked No. 12 in the TopDrawerSoccer.com postseason poll, marking the second consecutive year it appeared in those final rankings.

The Cowgirls earned the No. 10 overall national seed in the postseason before eventually falling to Texas A&M in a penalty kick shootout. It was the third time in program history to advance to the Sweet 16.