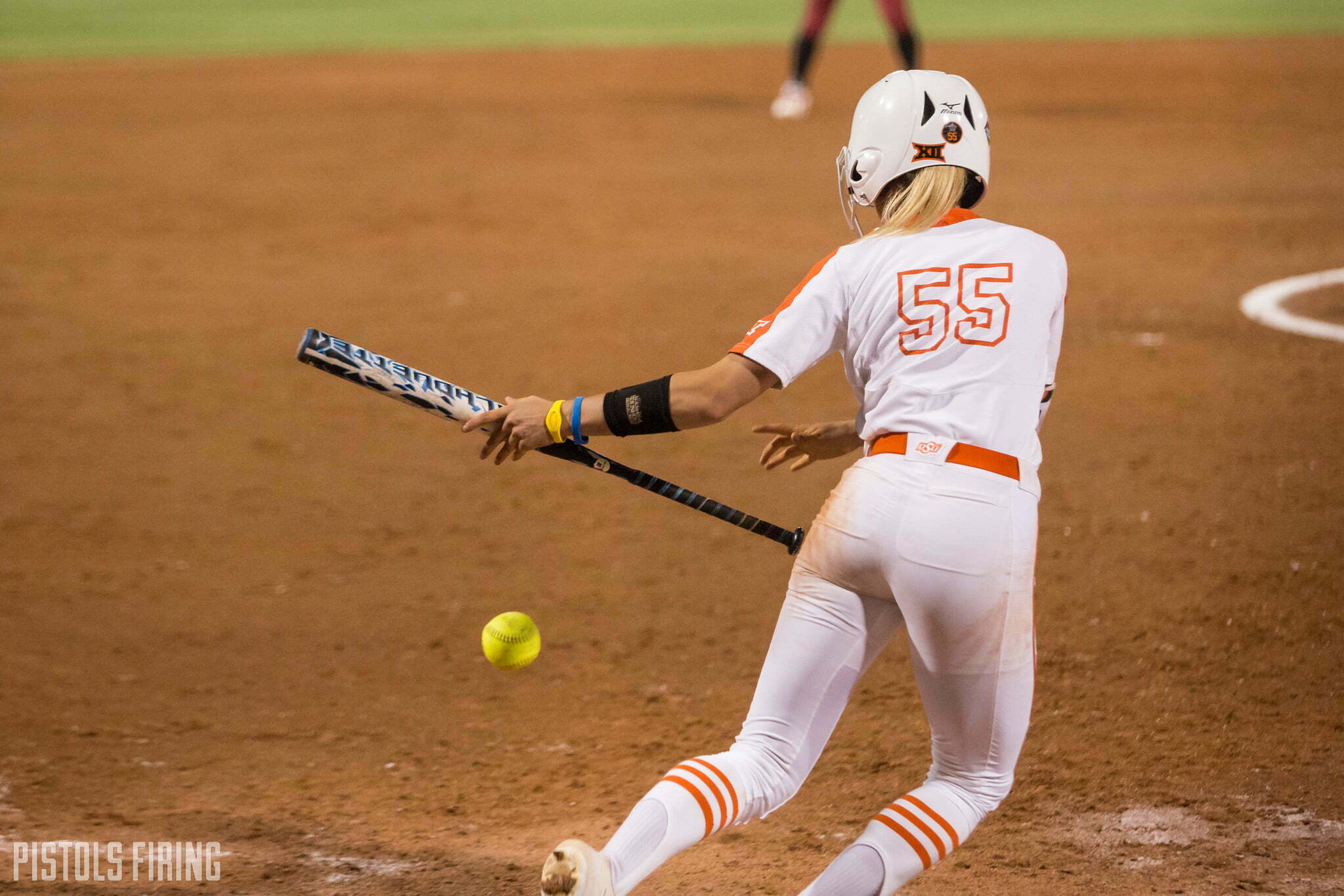 The Cowgirls route to the Women’s College World Series is set.

Oklahoma State drew the No. 5 overall seed in the NCAA Softball Tournament and will host Mississippi State, Boston and Campbell in their Regional. The Cowgirls will start the Regional against Campbell at 1 p.m. Friday in Cowgirl Stadium.

The Cowgirls hosted a Regional in 2019 en route to the WCWS, going 3-0 before traveling to Tallahassee for a Super Regional with Florida State.

The Cowgirls finished second in the Big 12 regular season and tournament to Oklahoma, the No. 1 national seed.

Carrie Eberle, a transfer from Virginia Tech, has dominated in the circle for Kenny Gajewski’s team. She has a 1.83 ERA through 152.2 innings pitched. She is 21-3 on the season.

Eberle has a good one-two punch with sophomore Kelly Maxwell. Maxwell has a 2.03 ERA this season and is 14-3. She has thrown 129 strikeouts to just 31 walks.

Chelsea Alexander and Alysen Febrey lead the Cowgirls in batting average. Alexander has a .414 average with 41 hits and 40 runs scored. Febrey has a .400 average with a team-leading 64 hits.

Febrey, a Georgia transfer, is second on the team in home runs with 16. She only trials Hayley Busby, a Virginia transfer, in the stat. Busby has 17 home runs (labeled buzz bombs) on the year.

This is the fifth time OSU has played postseason softball since Kenny Gajewski took over in 2016. OSU had only played in the post season five times between 2000 and 2015.