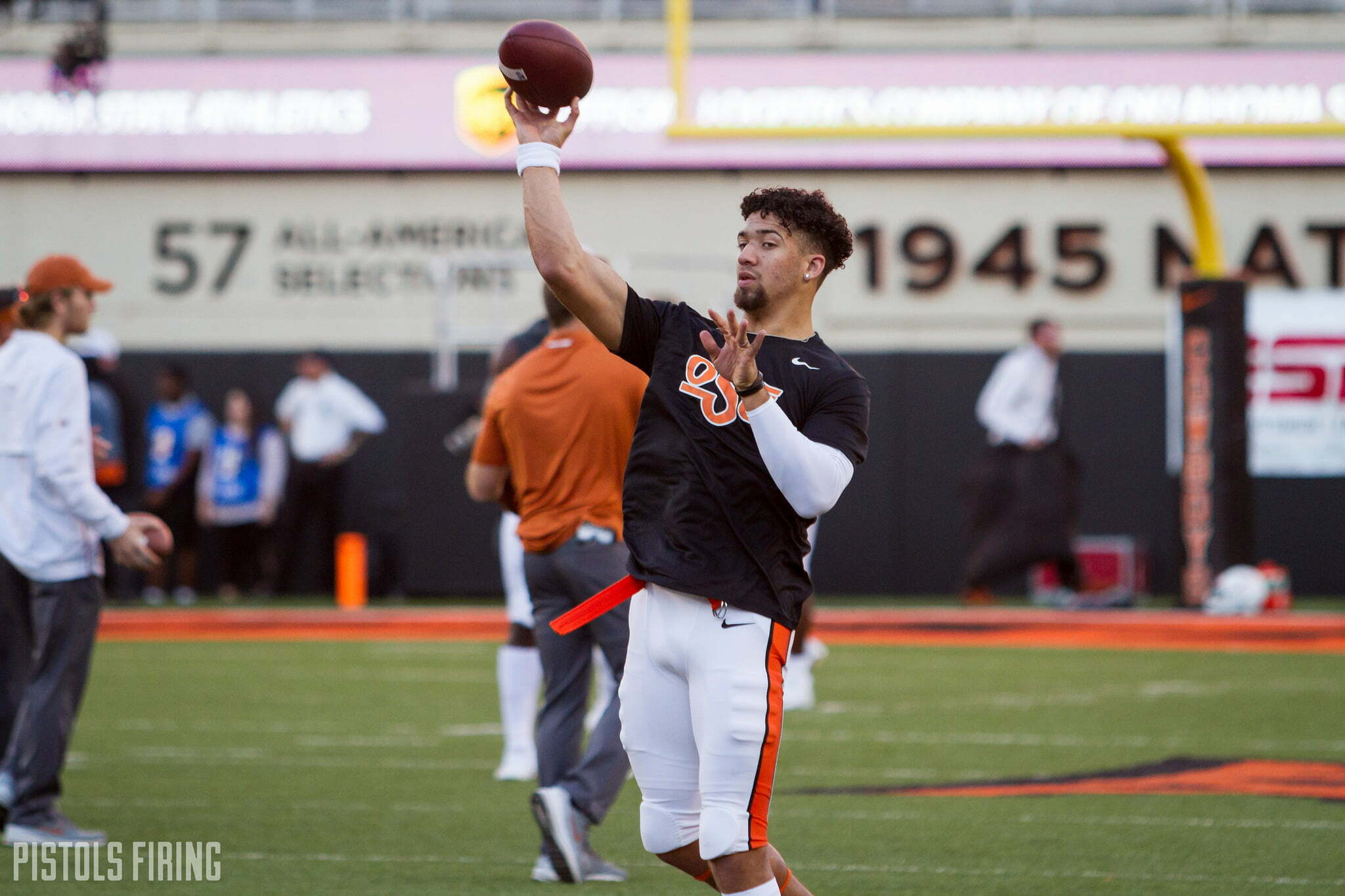 The Cowboys still have a bowl game to rinse the taste of that bleh Ft. Worth trip that has been lingering in their mouths. But the fanbase will have to wait much longer to displace the bitterness of a mostly insipid season. It will likely linger into the offseason, through next spring and until they see something to get excited for on Saturdays.

I, like all of you, have plenty of questions about OSU’s would-be bounce back year. Here are five of them.

1. Can Calvin Bundage Take Another Step Forward as a Senior?

The third-year backer’s play has been baffling at times and breathtaking at others. Bundage took a huge step forward from 2016 to 2017, but needs to replicate that from 2018 to 2019.

After showing glimpses of his hard-hitting prowess as a freshman, the Edmond Santa Fe product started nine games as a sophomore and tallied 54 tackles, 5.5 tackles for loss and three sacks (two came at the expense of a certain Heisman winner).

In 2018, despite missing a game due to injury and an adjustment period with Jim Knowles’ new defense, Bundage was able to put up some numbers (61 total tackles, 8.0 TFLs and 1.5 sacks). But he was one of the more undisciplined and penalized players on the team. What’s worse, he wasn’t able to consistently be the game-changer (like he was last year) to warrant such headaches.

With Justin Phillips and Kenneth Edison-McGruder both moving on from the heart of OSU’s defense, the Cowboys need Bundage to be their best player on that side of the ball. He has the talent, but can he put it all together?

2. Will There Be Any Changes to the Staff?

Turnover among a coaching staff is a part of college football, especially with programs that have consistent success. Will the coaching rumors after a 6-6 season be similar to the scuttlebutt after a 10-win year?

Mike Yurcich’s name was already connected to one (now filled) head coaching job. Will anyone else attract outside suitors, or could there be changes made by OSU? It’s a yearly topic of conversation around these parts, but I’m interested to see how it is different after a “down” year.

3. Can the Secondary Improve Enough?

The Cowboys gave up A TON of big plays in 2018. Part of that was due to half its slate being filled with prolific passing attacks, and part of that comes with Jim Knowles’ aggressive system that requires his DBs to be more comfortable on an island than Gilligan.

But OSU was not good enough in the back end in 2018. A.J. Green and Rodarius Williams will be the elder statesmen in 2019 and have taken their lumps and made even more plays over their two-year tenures as the featured cover men. But those guys need some help, as Kyle Boone pointed out. If some of these younger DBs like JayVeon Cardwell and Tanner McCalister can get up to speed quickly enough, it would be a boon to OSU’s defense overall.

It took the Canadian Cannon (still working out some kinks on these nicknames) four weeks to usurp promising RB2 J.D. King and elder LD Brown as Justice Hill’s leading backup in 2018. Does OSU have the untapped talent in the running back room to make a similar leap?

LD Brown is formidable in his own right, but with the loss of Justice Hill and King — and without a current RB committed for next season — the margin for error is narrowing as rapidly as the depth pool is drying up.

Jahmyl Jeter has yet to see the field and will be a redshirt freshman next season. Aside from him, you have walk-on Ryan Haymaker who has taken handoffs in mop-up duty only. If Jeter can push LD for reps by the time conference play starts, it will be a good sign for an RB group that is growing alarmingly thin.

This question is based on the belief that Sanders will be given Week 1 starter’s reps, and it’s necessitated by 14 years of watching how Mike Gundy handles his quarterbacks. Now that Sanders will have been in the system, around the team and in the weight room for an entire year, will that 6-6 wait be worth it?

Mike Gundy has vacillated on his stance on when to play young QBs, but the time for ambiguous comments and waffling in pressers is over. You’ve got your supposed franchise QB, and you kept him on ice for the entire season, like you weren’t able to with Mason Rudolph in his first year. Now it’s time to pay it off.

How quickly will Sanders hit the ground running, and, more importantly, how patient will Gundy be if he stumbles a time or two early?

If you are going to stick with the lame duck all the way through a 6-6 regular season because you want to save Spencer’s health or psyche or whatever it is that you are saving, it’s time to go all in now. Dru Brown is a backup and the contingency plan. You’ve got to put all of your eggs in the Mr. Texas Football basket and ride it out.

If Sanders is that good, and he was worth the wait, you have to afford him even more patience and a longer leash than you did Taylor Cornelius. And that may not be very easy to do. There will be a ton of pressure on OSU and its head coach to bounce back in 2019. How will he handle it and how will he handle his quarterback?