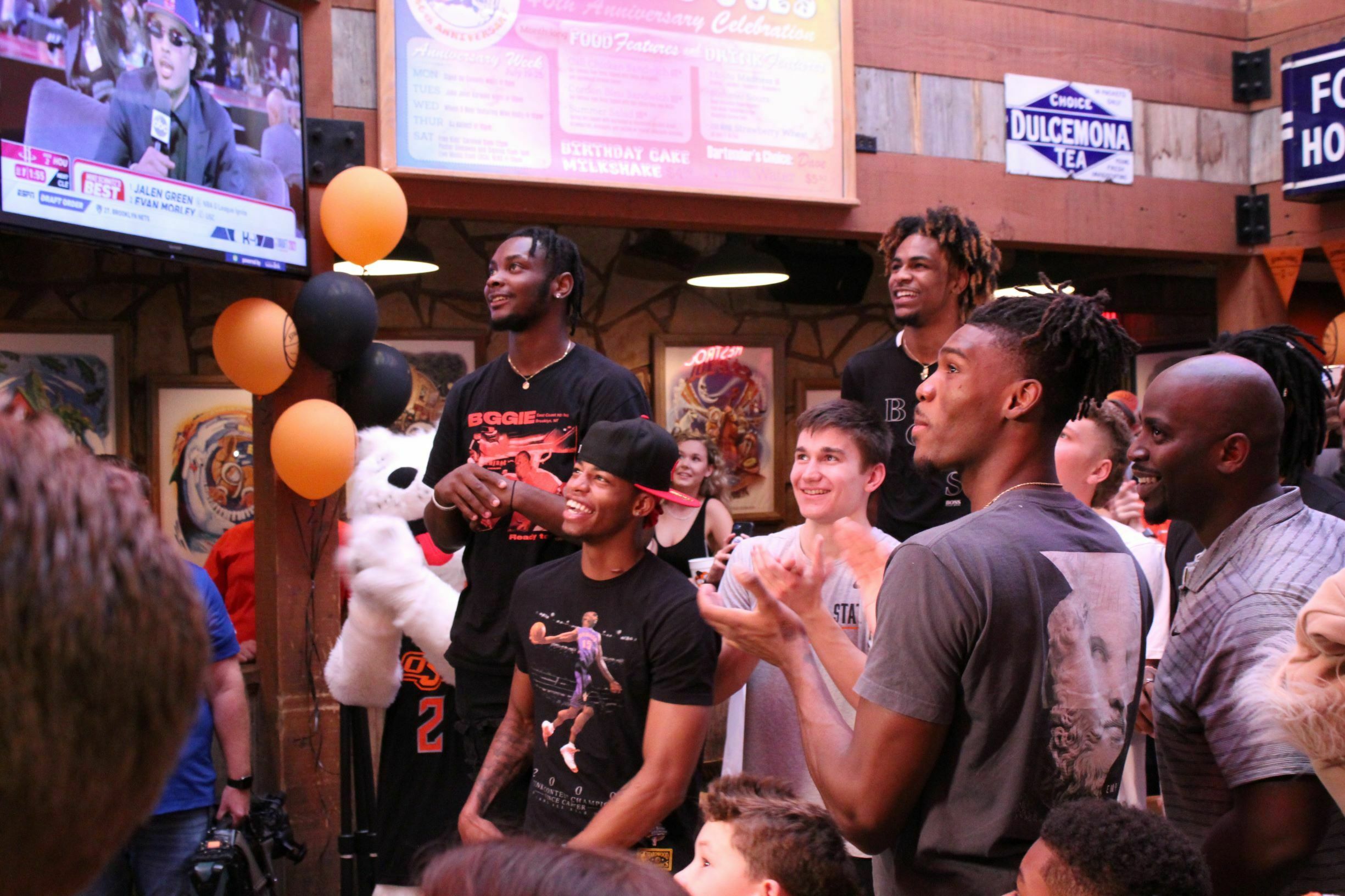 STILLWATER — Cade Cunningham was the first NBA Draft pick of the Mike Boynton era, but he might not be the only pick for long.

The Detroit Pistons took Cunningham with the first overall pick in Thursday’s NBA Draft with his former Oklahoma State teammates watching back in Stillwater at Eskimo Joe’s.

Avery Anderson, Kalib Boone and Bryce Thompson cheered as Cunningham got his name called and walked across the stage, got his Pistons hat and officially started his professional career. Anderson, Boone and Thompson have all popped up on early 2022 mock drafts.

“It puts a lot of energy in my body to get up and work every day so I can get to that point in my career and hopefully, if not No. 1, at least get drafted,” Anderson said. “… It can be very beneficial to me because I got a guy I played with and I can text him any time I want to see how the league is and the ins and outs of the league.”

Anderson tested NBA Draft waters after this past season before choosing to return for a junior season. He averaged 12.2 points, four rebounds and two assists a game last season as a sophomore and put up a career-high 31 points in a win against West Virginia with an injured Cunningham on the bench.

OSU coach Mike Boynton has for a while said that there is a chance Boone wouldn’t have to be in college for four years. He averaged 9.4 points and 5.4 rebounds a game this past season.

“It’s a lot of motivation,” Boone said. “… I’m like man, ‘If I’m on a mock draft and all I did was do back-to-the-baskets and just dunk, imagine what I’ll be like what I’ll really expand and do more and have a full consistent year where I show my true potential and everything.’ It’s exciting, and it gives me a lot of motivation to go out and work harder. I still got a lot of work to do. Still gotta gain some weight, but at the end of the day, I just gotta go out there and be me the whole season.”