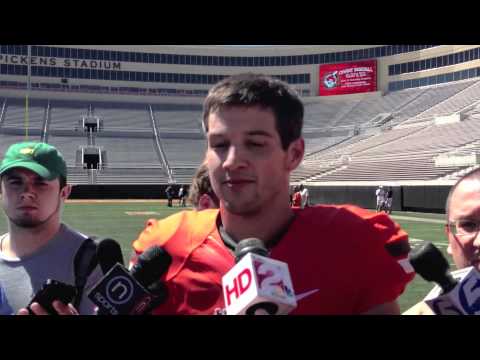 Must read of the day on Weeden going to Cleveland. (Cleveland Plain Dealer)

Quote of the week (year?) so far: “there’s a lot of beautiful girls out there with terrible personalities.” (NewsOK)

So we’re picking a QB based on what the politically correct thing to do is? (NewsOK)

Other players weigh in on the QB situation. (NewsOK)

Travis Haney told me last week that @glang1 has been reppin’ Charlie Moore all spring. I think he was spot on. (NewsOK)

Ben Bowling gets arrested…ouch. (News On 6)

Gina Mizell with some good “what we learned this spring” stuff here. (NewsOK)

I guess I just don’t understand why we have to name a starter this week? (NewsOK)

OSU (finally) has something going on the diamond. (okstate.com)

Ubben thinks Tannehill and Weeden are both second rounders. (ESPN)

Haha, “bring back the greens!” (NewsOK)

So it’s between this, this, and this?

Here’s your hero from Saturday…