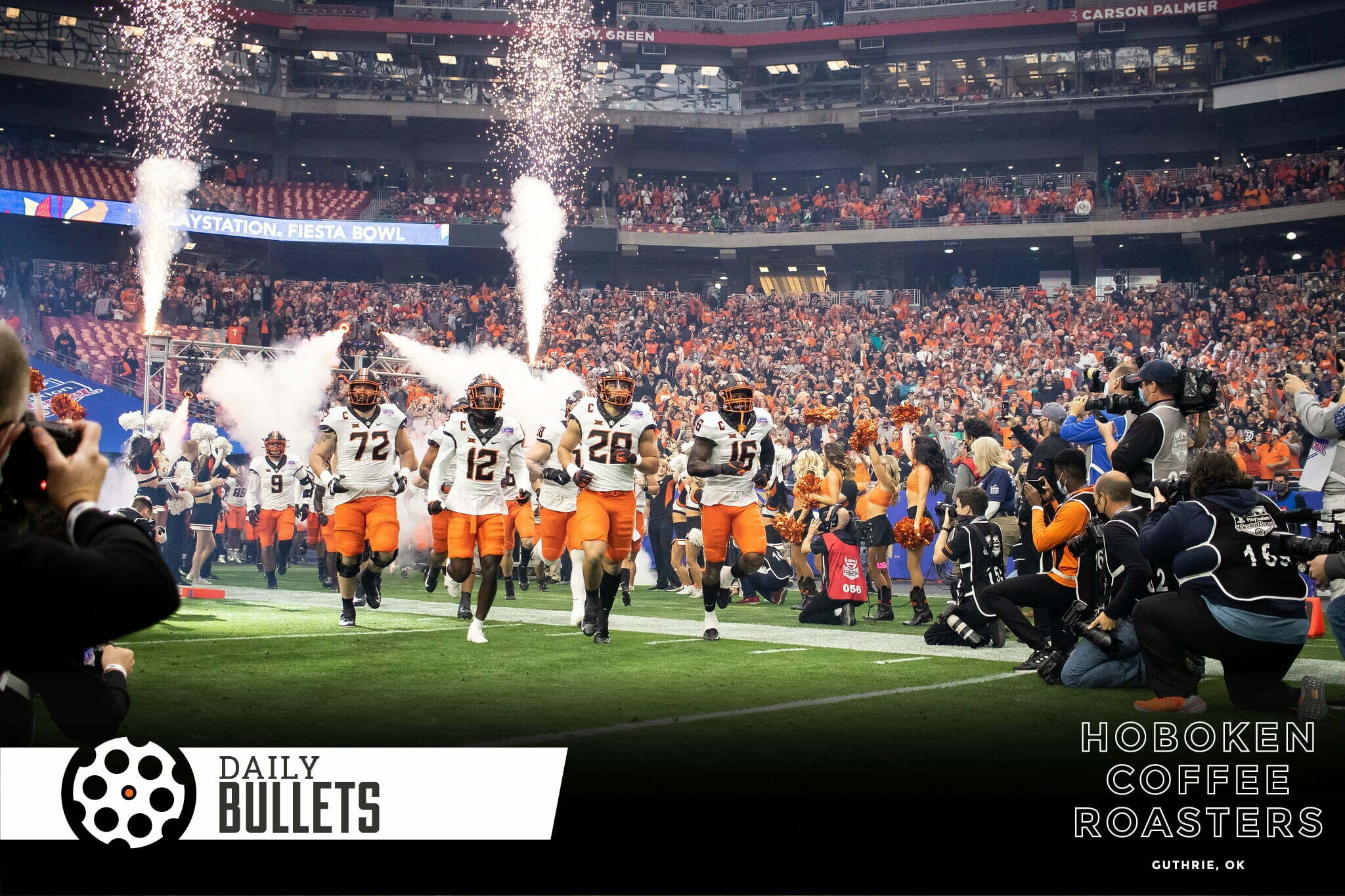 • Totally agree with Mike Gundy that this is a real possibility – a 30-team conference that rules the roost of college football:

“I think there could potentially be a cutoff where football tries to branch off and take the top 30 teams in the country is somebody’s opinion. That somebody would be television,” Gundy said. “Because they’re funding everybody’s athletic department through television money. So, if you get to that point and you want to make that cut to the top 30, I personally don’t think that’s good for college football, but I don’t make those decisions.”

• An offensive lineman from OKC who left Georgia is landing at SMU:

• Fun listen – the Webb brothers talk through the o-line transfers and basketball players OSU would like in the portal in their latest podcast:

Love to see it.