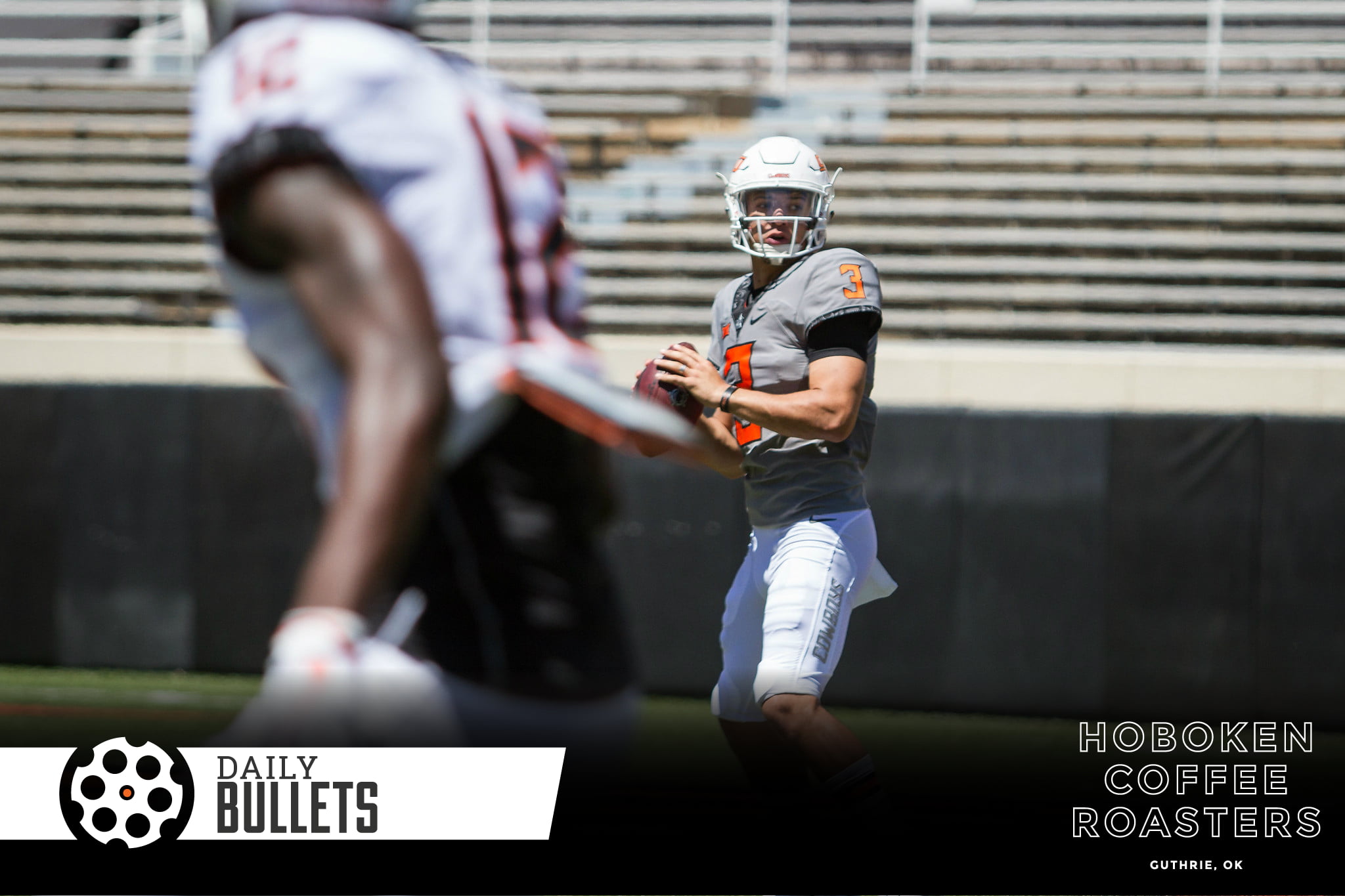 • As Allie Reynolds’ stadium gets close to shutting its doors for good, it’s sure made a memory with this Texas series.

In what will be looked back at as a classic of the stadium’s final year, OSU defeated Texas 11-10 via walk-off to secure the sweep. The game had a lot going for it. The spring football crowd headed over, making the 4,637 fans in attendance the third most in Allie P.’s history. There were plenty of runs, and a walk-off to boot. [PFB]

• I wouldn’t look into a starting quarterback not being named at this point – it’s hard to imagine a situation that would force Mike Gundy to pick one at this point.

“They both bring different things,” said receiver Landon Wolf. “Dru, obviously, has the experience. He’s played in game situations, things like that. But we all know Spencer’s an athlete. And they can both make plays on their own.”

A starter was never going to emerge through spring anyway, at least not in an ideal scenario, since both will likely be needed in the fall, whether that’s for a few series or a few games, if Sean Gleeson’s offense involves truly involves more quarterback run game.

The Cowboys need both to be good. [GoPokes]

• You may have wondered why Justice Hill got so few carries in 2019 (pre-injury). Gundy finally gave some thoughts on that strategic move.

Cowboy coach Mike Gundy explained recently that the decision to use Hill sparingly during nonconference games was to ensure that he would be fresh for the Big 12 schedule.

During the first half of the 2018 season, Chuba Hubbard wasn’t yet established as a big-time option. Gundy wasn’t sure what he had behind Hill, so there was the attempt to keep him as healthy as possible for the biggest games on the schedule. [TulsaWorld]

It just so happened to turn out that Hill was kept fresh for games he would opt not to compete in.

• Pistol Pete is easily one of the most unique and fun mascots in college sports.

• Winners and losers from the NCAA Basketball coaching carousel

• This graphic on the salary needed to own a house in U.S. metros was pretty wild

• I watched this movie over the weekend – I love it. I can be hated on for this but the concept is fantastic and I’ll probably watch it once a year.