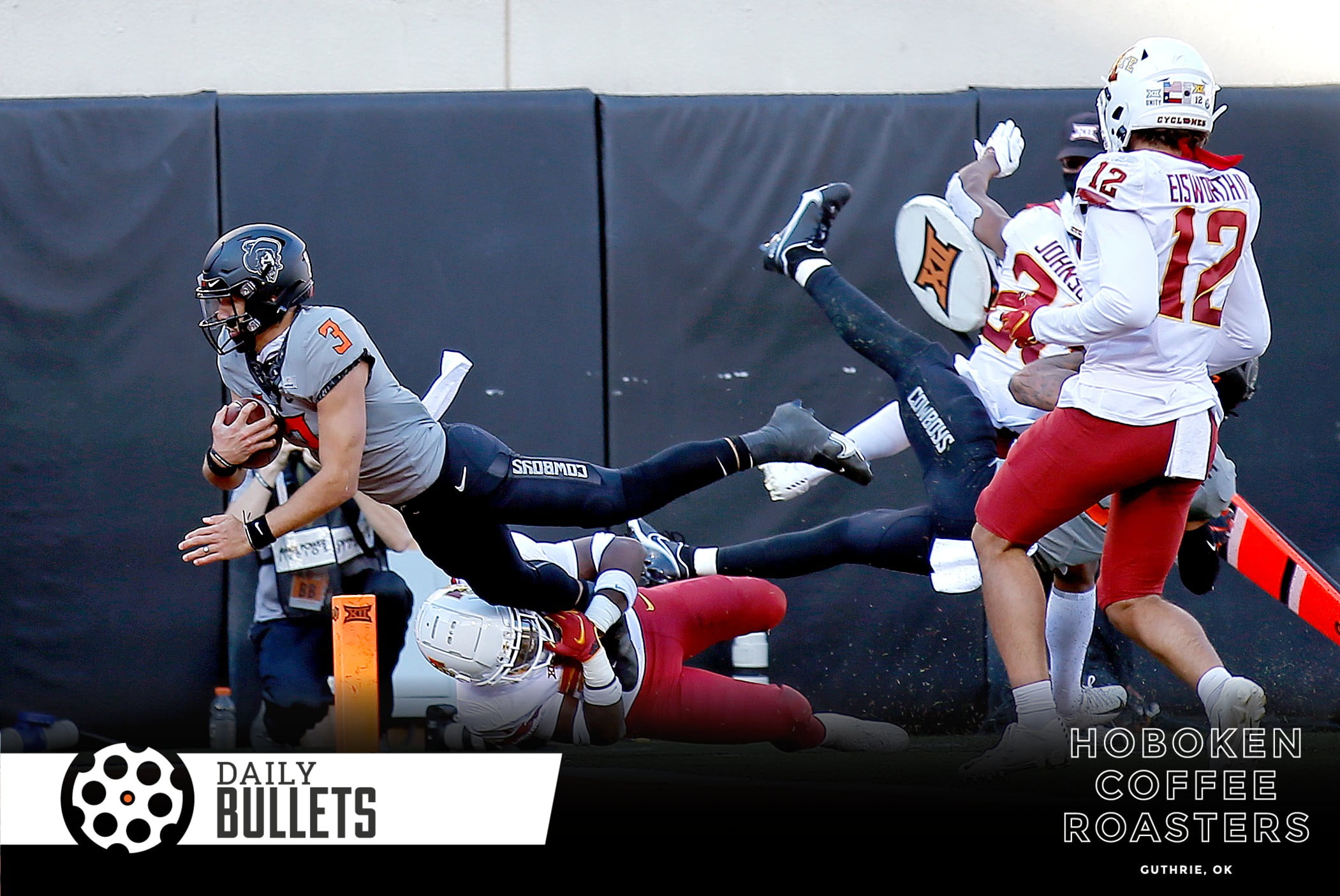 • Terrific season preview on OSU Football here – the biggest question about OSU is one that you’ve rarely asked in Mike Gundy’s 16 seasons in charge:

The big question for Oklahoma State next season is primarily, “if the infrastructure is there on offense, can Mike Gundy reload again at the skill positions?” The answer has virtually always been yes.

Isn’t it bizarre? Questions about skill talent have rarely been the issue.

• The Big 12 Men’s Golf Championship is deadlocked between the Pokes, Longhorns, and Sooners

• Rickie Fowler is receiving a special exemption to get into the PGA Championship next month – Also, Rickie did a couple of interviews with The Ringer (interview one and interview two)

You’ll have to excuse the source but I liked this guide of best pizza places in power five towns: