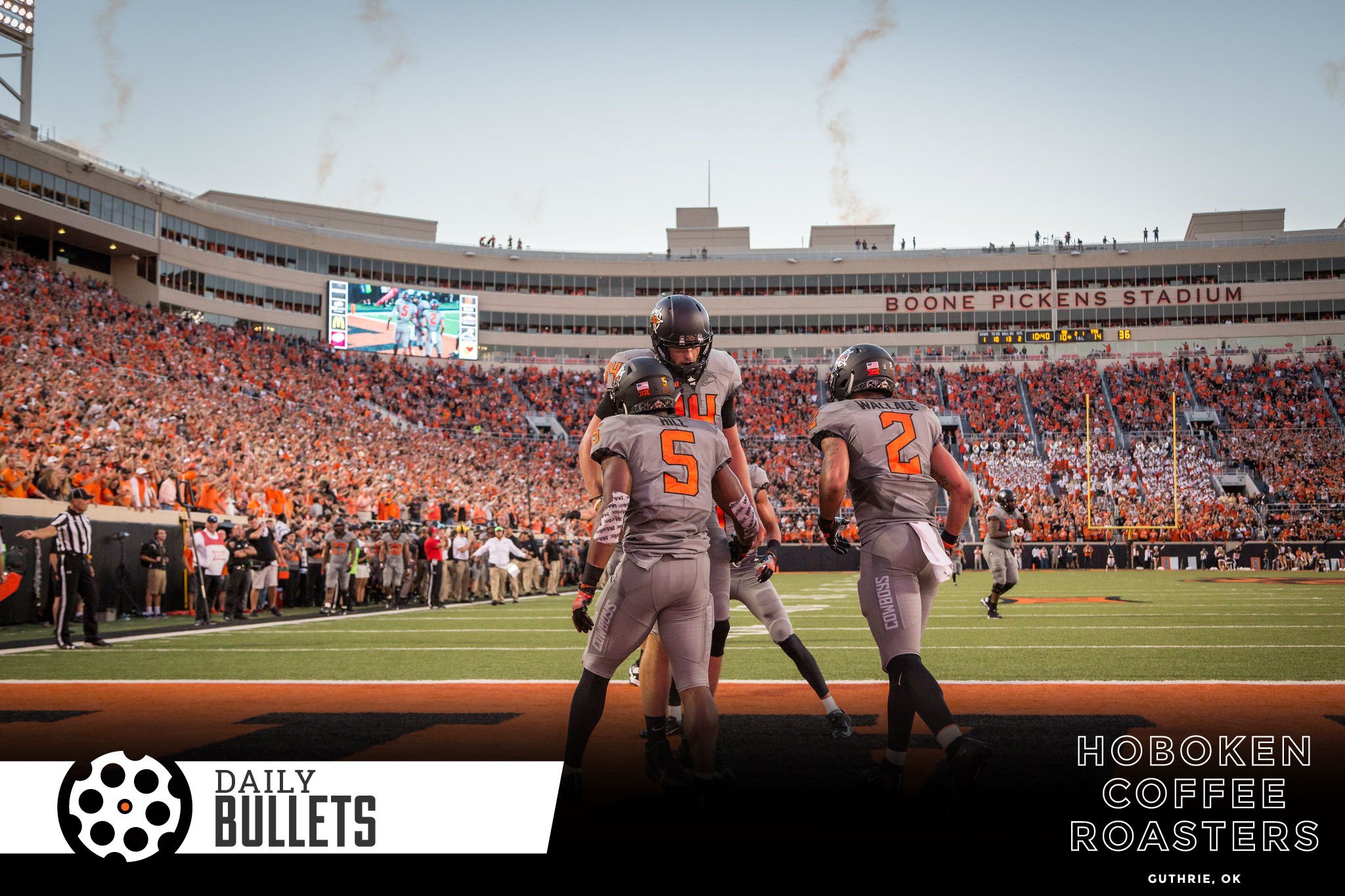 It’s hard to understand that Eddie isn’t one of the best options amongst this competition.

• Disappointment from Springfield, Mass.
• Looking at Justice Hill’s draft stock
• Bobby A. goes all in on Gleeson

• Word broke yesterday that Eddie would continue to be shut out of the Naismith Hall of Fame and the family issued a statement that struck a chord.

“Each year we set ourselves up for disappointment by giving them the power to crush this dream. The truth is we do not need their vote to tell us what kind of man he is, or to validate what a gifted coach he is and the accomplished career he has had. He is Eddie Sutton … Father, Papa, Coach and friend … and their votes, or lack thereof, cannot take that away. For us and thousands of fans, he is a Hall of Famer!” [PFB]

The comments are fair – forget you if you don’t care to appreciate this basketball treasure. As Eddie ages, it’s hard to imagine a better time than now to get in. But the further we get into retirement you start to see the political nature of getting in.

Tier 6
Grades between 70-79. Project as future solid starters but need time to develop, have limited upside or come with baggage. Third-round value…

McShay had Hill lumped in with Iowa State receiver Hakeem Butler, TCU defensive end Ben Banogu, and OU guard Dru Samia. From a draft perspective, the NFL is so much more about what’s proven than the potential development of players. Hill falls into the category of capable but still in need of further development.

That’s what we all thought when he was a freshman too.

• GoPokes‘ Bobby A. is buying all the Sean Gleeson stock available.

He’ll be more than fine, according to my sources that have worked with him, been coached by him, and some observations of my own, I don’t think he will be here much longer than two years, if that. I see Gleeson being in high demand on a pretty short timetable. He won’t be in Stillwater anywhere near as long as Yurcich, because Gleeson comes in already better known than Yurcich from Shippensberg. [GoPokes]

I don’t know that I’ll go that far – the one thing Gleeson does have to prove is that he can develop quarterbacks. As he long as he develops a quarterback, he’ll be just fine.

• For those hoping Shaka Smart keeps his job at Texas – Texas punched a ticket to the NIT Finals last night after beating TCU.

Texas knocks off TCU 58-44 to advance to the championship game of the NIT vs Lipscomb on Thursday. Some really impressive moments from Kerwin Roach with 22 points. Still one of the fastest and toughest guys to stay in front of in the college game. pic.twitter.com/gcs0DkeZC2

• Finished the biography of Mr. Rogers yesterday – liked but not loved it. Neat to read about the consistency of his person from being on TV to his relationships with co-workers, his family, and the public.

• This faith-based read on anxiety was helpful.

• I could read Avengers articles by The Ringer all day.