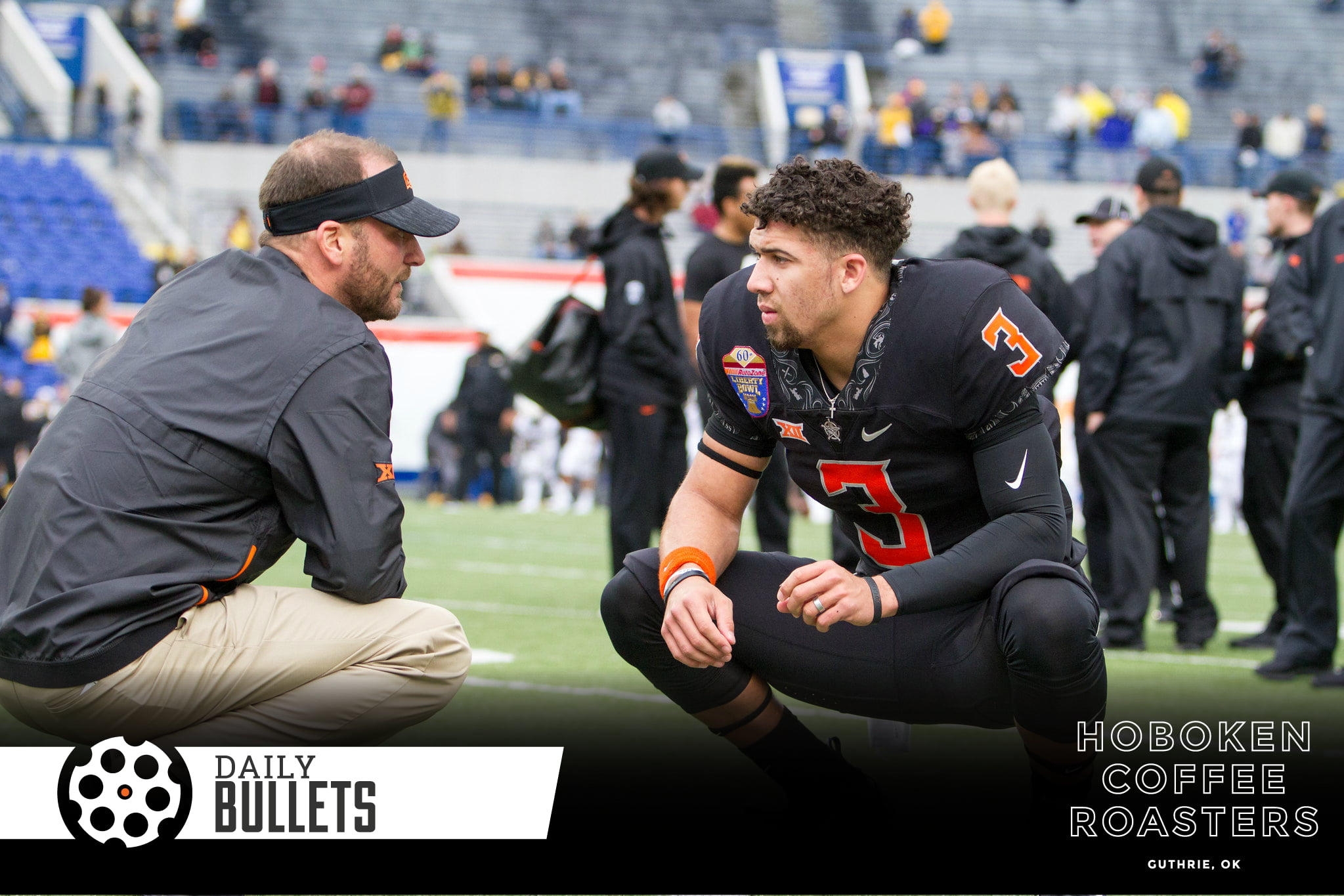 Reviewing the pants off of the swipe by Virginia last night wore me out. I get that it was the right call but it’s not worth diving into the details like that.

• As if it was necessary to point out, the biggest reason Spencer Sanders should start over Dru Brown is biological.

Both players have good arm strength and we’ve seen it before, but Sanders has more range with his arm. Dating back to when he first arrived on campus, he and Cornelius were the only quarterbacks that could overthrow receivers on the vertical routes. [GoPokes]

You can say it’s Dru Brown because he makes fewer mistakes – it seems Gundy values that. But part of playing Taylor Cornelius last year was his capacity to get the ball to all of his receivers allowing the offense to blossom (on occasion).

I think Spencer Sanders can work out the kinks and his capacity to do the latter is most important.

• Rickie Fowler is a popular pick in Augusta this year.

After a near-miss last year when he finished one stroke out of a playoff with Patrick Reed, Fowler has now played 34 consecutive major championships without a win — or as it’s known in the golf world, half a Sergio [Garcia]. He’s always an easy pull and especially so this year after nearly doing the deed in 2018. [CBS Sports]

• Here’s an important question: how good will Justice Hill be for your fantasy football team?

PFF has Hill as their No. 8 rookie running back, a solid number considering there are dozens in consideration. When analysts can point to your production and athleticism and only qualify your ceiling by your frame, that’s not a bad place to be.

• This was an interesting comment by Boone – that the Pokes might be open to bringing Maurice Calloo back.

Have heard that a return to Oklahoma State for Calloo is also possible. https://t.co/qcWa8gCKV1

• The science of not arguing about everything

• The science behind why some couples look alike