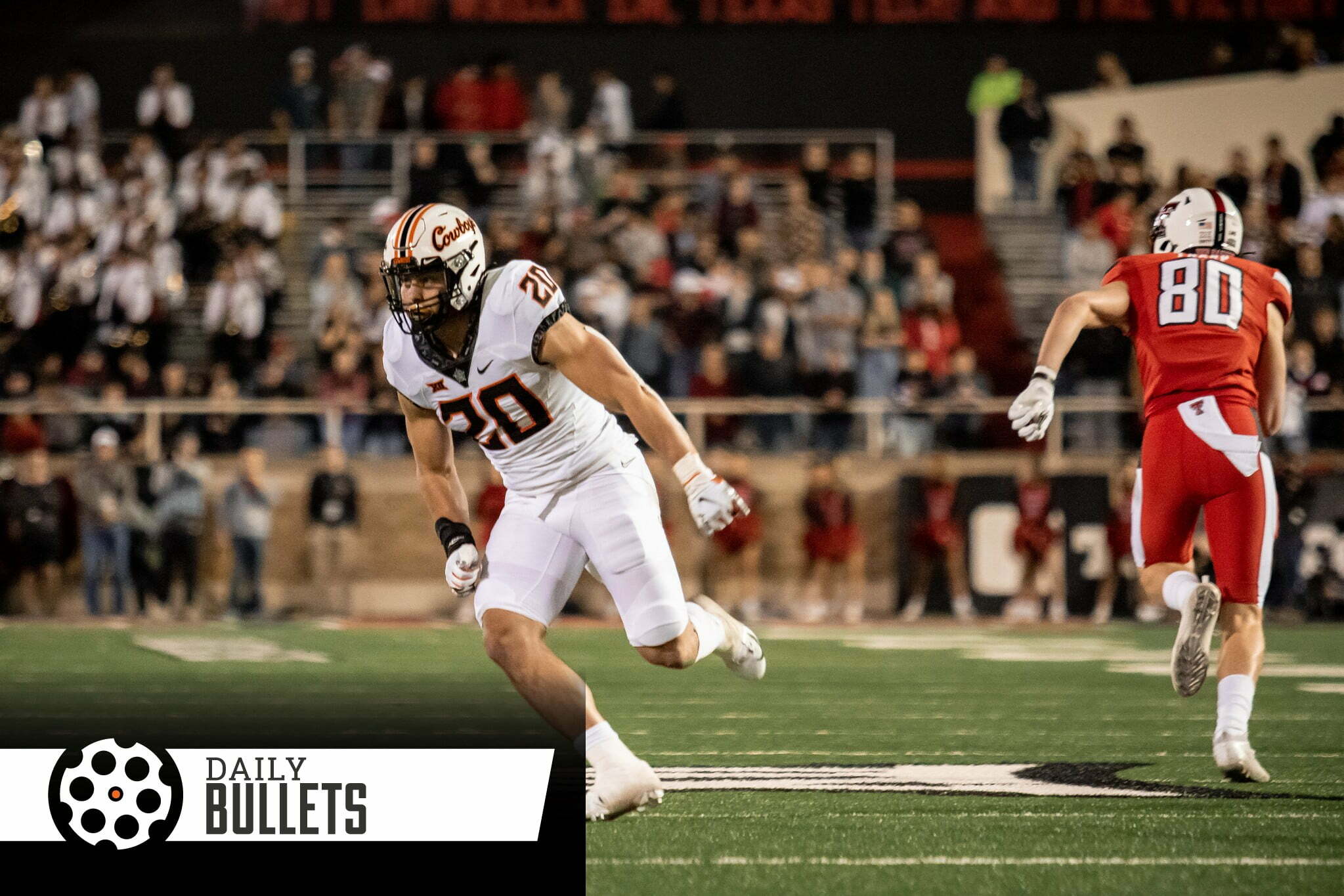 • After sneaking in as the last qualifier of the PGA’s FedEx Cup, Rickie Fowler had a terrific first round after making some big changes

• This is the kind of stuff you want Kasey Dunn as an offensive coordinator for – solid playcalling, continuity from the coordinator role, and stellar wide receiver classes:

Dunn brought in another four-man class of receivers in this season, and its sounds like the group of Talyn Shettron, Braylin Presley, Stephon Johnson and Mason Gilkey are off to a hot start in fell camp. And, unlike last season, Dunn and OSU have the benefit of bringing this group up to speed at a more controlled pace.

• See lots of these stats that start from when Gundy really hit his stride in the late 2000s/early 2010s but seeing the longevity since the turn of the century is pretty wild:

Go ahead and just be generous.

“Whenever a generous impulse arises in your mind – to give money, check in on a friend, send an email praising someone’s work – act on the impulse right away, rather than putting it off until later.

When we fail to act on such urges, it’s rarely out of mean-spiritedness, or because we have second thoughts about whether the prospective recipient deserves it. More often, it’s because of some attitude stemming from our efforts to feel in control of our time. We tell ourselves we’ll turn to it when our urgent work is out of the way, or when we have enough spare time to do it really well; or that we ought first to spend a bit longer researching the best recipients for our charitable donations before making any, et cetera.

But the only donations that count are the ones you actually get around to making. And while your colleague might appreciate a nicely worded message of praise more than a hastily worded one, the latter is vastly preferable to what’s truly most likely to happen if you put it off, which is that you’ll never get around to sending that message.”