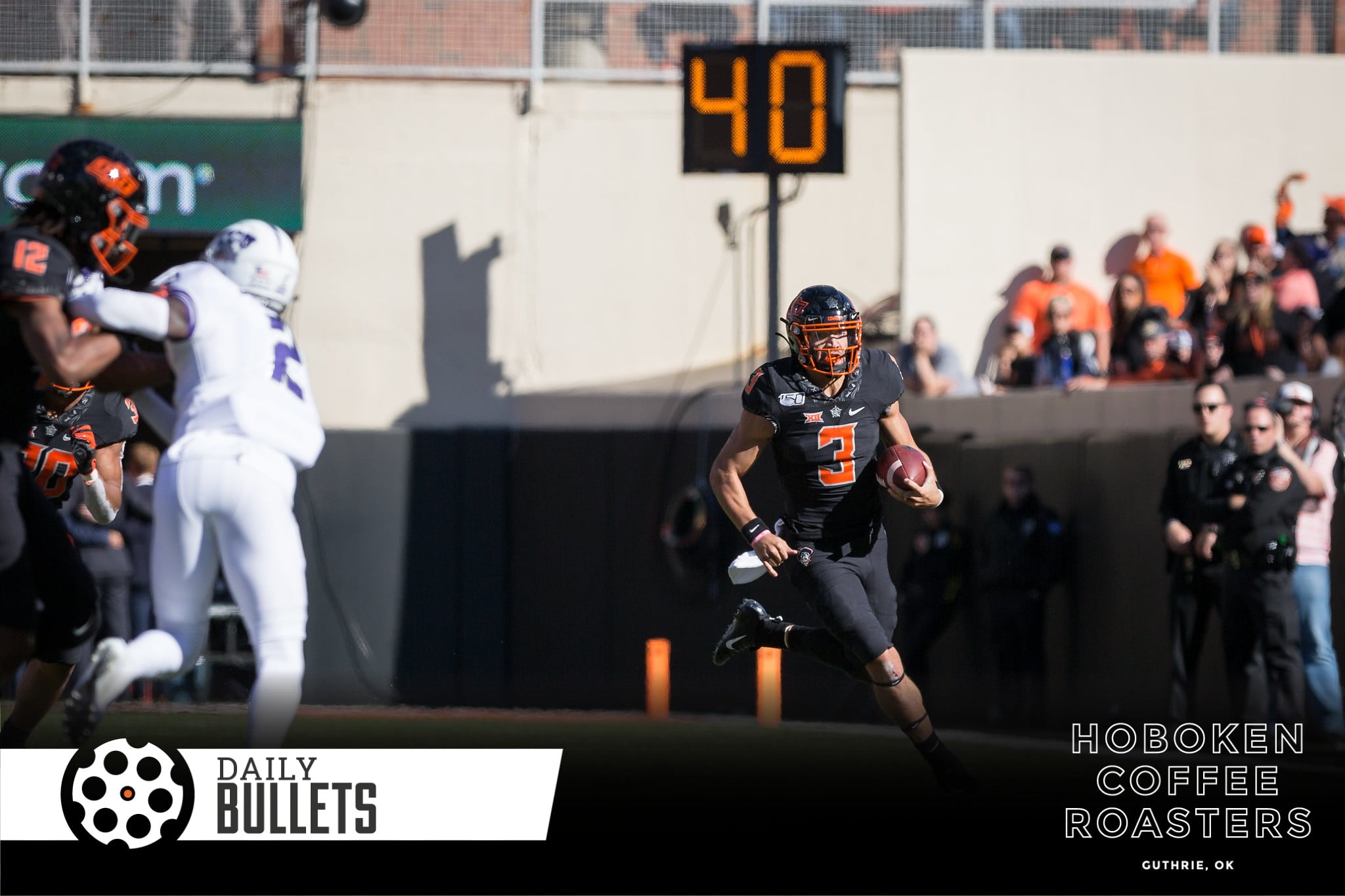 • Mike Gundy was stonecold, locked down in his media availability on Monday – an unusual look after he generally likes to rave about the “Cowboy Culture” and talk current events.

• PFF has Spencer Sanders as the 84th best QB in the FBS, right behind Akron’s Kato Nelson ?

Highlighted specifically was his struggle to throw the ball downfield (they have him 99th in the country), his legs are great but he needs the game to slow down… a reasonable expectation for his third year on campus. He’s got more than enough arm to get it there too.

While we’re here, this is a solid piece on Spencer Sanders in year two as starter, super helpful comp with the leap Zac Robinson made in year two

• Make your way over to OKC Dave’s survey and weigh in on this Cowboy Football season:

Survey time. OSU fans, here’s your chance to dive in and give your opinion.https://t.co/78nwDUpuuS

• Phil Steele has Tylan Wallace as a Heisman dark horse

• The two-ballhandler approach in Stillwater will be strong this year: