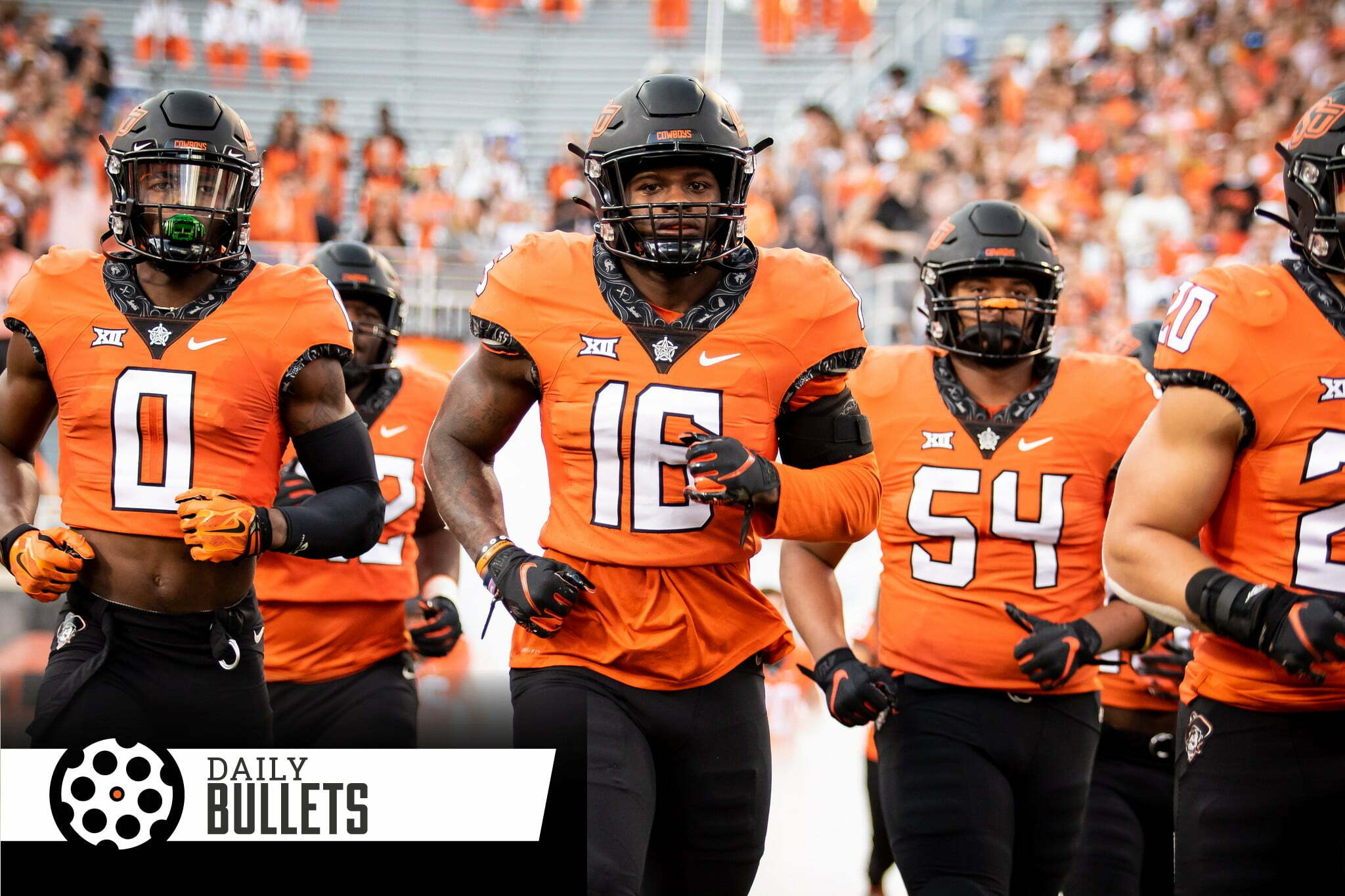 Here’s some good news for your Tuesday:

• Couple of updates around Pokes in the Pros yesterday:

Oklahoma State people should frame this stat: In 2010-21, the Cowboys had more seasons of at least 10 wins than Texas, Texas A&M, Texas Tech, Kansas State and Nebraska combined (six).

…and some of CFB’s bluebloods:

• The Pokes offered a pair of 2025 quarterbacks over the weekend

• Ranking Big 12 football stadiums – I’m a little dubious of any ranking that has Snyder Family Stadium behind Amon G. Carter and AT&T Stadium in Lubbock but it’s hard to divorce atmosphere from structure too

• Pretty spectacular to see the Pokes land inside PFF’s top ten over the last ten years:

• Being aware that you’re always the “other person”
•

It’s straight-dad talk but these guys on Instagram are hilarious: