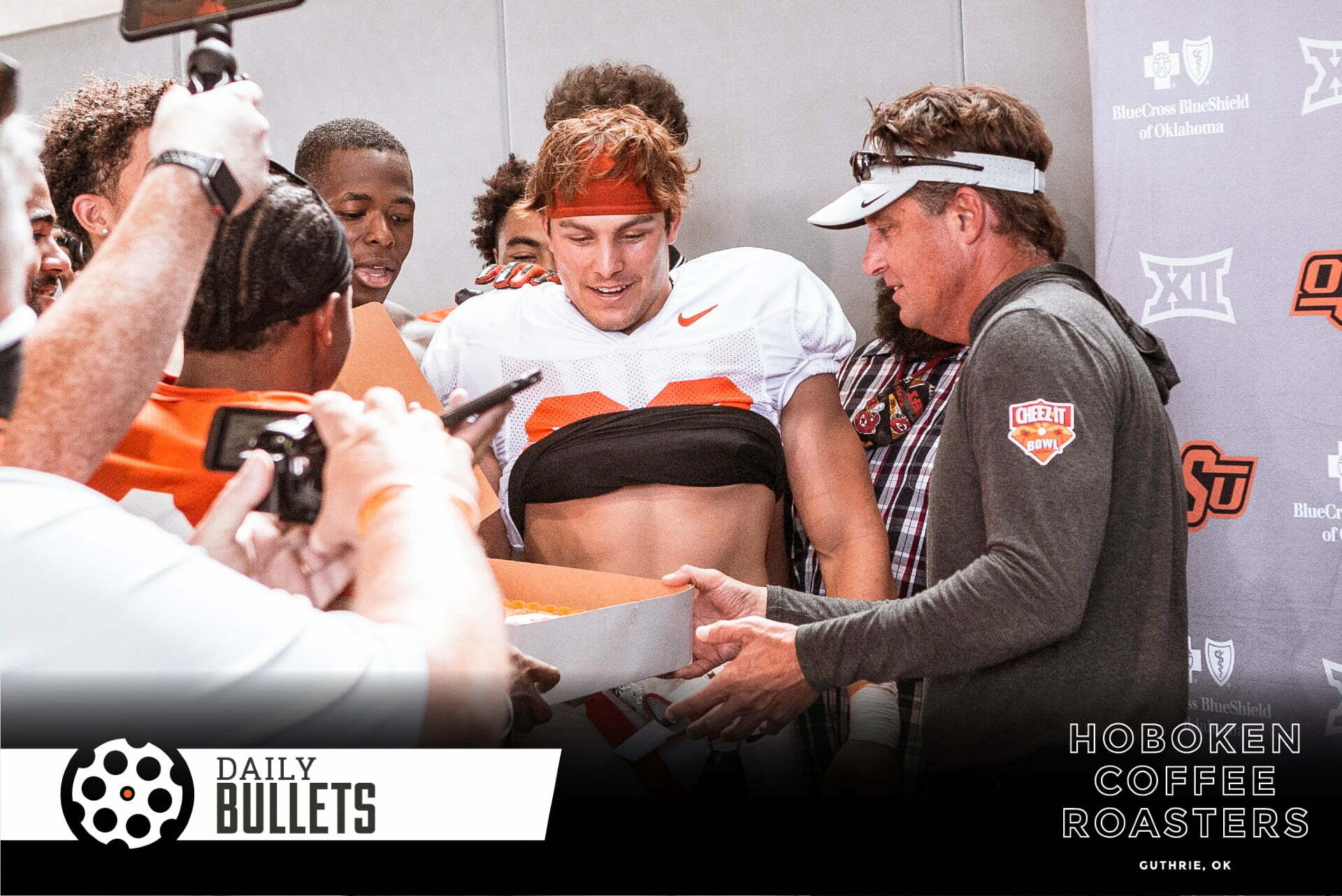 Mad thanks to the guys holding down the fort for me last week – we left Baby Bullets at home, grabbed a couple friends and hit the beach with the twins for a week. Glad to be back at it this AM.

• Cox mentioned it yesterday but it was therapeutic just to hear the Governor talk about working on a landing spot for the Cowboys – here’s a snippet:

“So, we’re on it. We’re monitoring it. And we’ll make sure that OU and Oklahoma State end up in the best spot possible.”

• Basketball Recruiting:
– Pokes are after another Bixby baller – this time it’s a basketball player making an unofficial.
– Also, is there a five-star that Mike Boynton can’t get to at least make the trip to Stillwater? This 2023 guard made it in over the weekend.

Looking back at the last 5 years. one would think ISU would have their biggest struggles with Texas and Oklahoma. Surprisingly, not the case. ISU has only beaten the Cowpokes once in Campbell’s time in Ames. That lone win? Brock Purdy’s breakout game. Since that day in 2018, no other quarterback has started a game for the Cyclones since. Oklahoma State was also Iowa State’s lone conference loss in the regular season in 2020.

• I love that Marcel Ateman is still in the pros. Philly is making himself a nice case for a roster and Tylan looks ready for the moment as well.

• I’m sure we all read at least one figure like this a week and think the same thing: “Why wouldn’t the Pac-12 want Oklahoma State Football?”

• Love when Cal Newport preaches on interest over passion (not faith-based)
• Finished a few books over the week – The Office read was must read for big fans like myself, John Grisham’s basketball read was good, and I could take or leave this faith-based productivity book

Couple of quotes to chew on:

Six months from now, what you will you wish you had spent time on today?