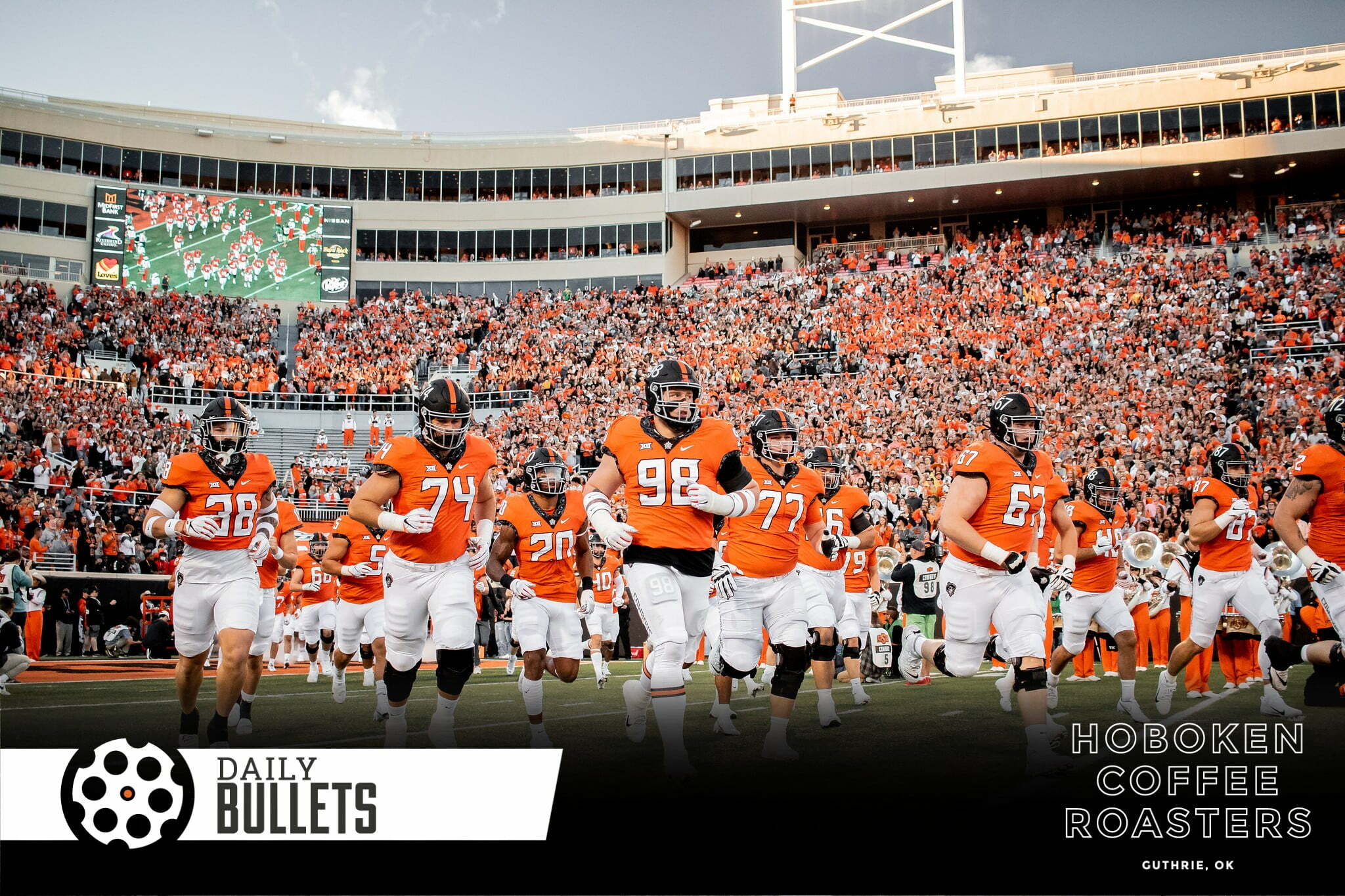 • With all the questions swirling around the leadership of the Cowboys defense, the group will be stacked again in 2022. And the staff just helped fill one of its few holes at linebacker with junior college transfer Xavier Benson, who committed on Saturday. [PFB]

• Looking at the most anticipated matchups, and other storylines, heading into Sunday’s Bedlam wrestling dual. [PFB]

• Bill Snyder on Joe Bob Clements as a possible replacement for Jim Knowles:

• Congrats to all of those who graduated this week.

Mission complete. The most important stat; 2 more young men unlock the door to future success. Proud of both @1kWillywill and Dee for finishing what they started in the classroom. Salute to you and your families. Also, thanks to our academic support team. #Ubuntu #GoPokes

• A couple of former Cowboys have been showing out.

• On the end of return-to-office dates. [NYT]

• This year, specifically, felt like one in which the Heisman race would be wide-open. Apparently not. Also, tough on Will Anderson. In previous years, he’d have made it to NYC.