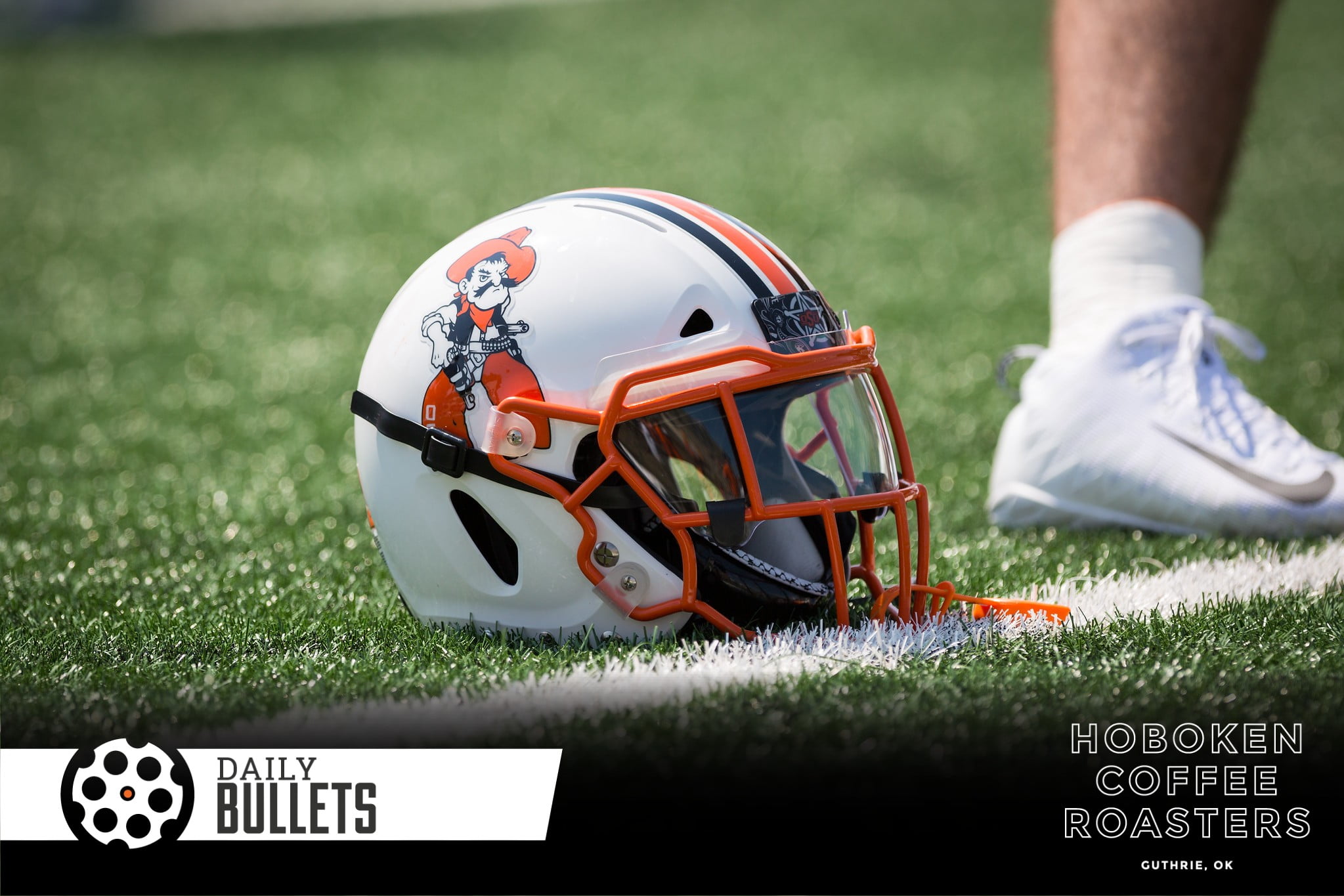 • We recently got an answer on Chuba Hubbard’s bowl game availability and Mike Gundy provided an update on the ailing Spencer Sanders yesterday.

Quarterbacks Spencer Sanders and Dru Brown will play when No. 25 Oklahoma State faces Texas A&M in the Texas Bowl on Dec. 27 in Houston.

Sanders suffered the injury Nov. 16 against Kansas and had surgery the following Monday. [NewsOK]

Gundy wasn’t having any questions about how this reality was impacting practice over the holidays, so it’s hard to tell the practical effects of these comments. But Gundy sounded pretty interested in playing both.

• A unique storyline from yesterday was the second quarterback the Cowboys signed. Technically Josh Holliday signed him, but Mike Gundy might benefit.

(Nolan) McLean will have a chance to play both baseball and football, however his scholarship will technically count towards baseball, giving OSU a top-end pitcher for the baseball program and an intriguing QB prospect with upside, too. Don’t let his dual-sport abilities fool you though: he’s an ace pitcher who MLB scouts are raving about. The setup for him essentially allows him to continue chasing both dreams. [PFB]

The odds are against McLean flourishing as a football player but he’s got great odds of doing well with Rob Walton.

• OSU and OU won’t play a baseball game in Tulsa this year – here’s why.

“A lot of the discussion was primarily related to the opening of a new stadium and I know Oklahoma is doing some renovations in their ballpark, as well. It’s kind of a new day, somewhat, and it seemed to make sense that if you were going to invest in facilities the way that we have here that you would have your premier series and rival play in that stadium.” [TulsaWorld]

Basically – that new stadium is too pretty to hide. Can you blame them?

Behold the beauty of O'Brate Stadium as @joshhollidayosu takes you on a tour of the palatial future home of Cowboy Baseball — and for a more in-depth ? via this week's @OSUAthletics Roundup, click here ➡️ https://t.co/nnlr1lIJV2 #Coming2020 #GoPokes #okstate pic.twitter.com/2iL8NGPTjw

• This may be the coolest Jeopardy question ever:

Well I could have answered this Jeopardy puzzle for $1000 ? pic.twitter.com/H0tb3ksvx2

• How one helmet might (but probably won’t) reverse the concussion narrative in football
• Ways people are trying to do good but are accidentally making things worse (and how to avoid them)
• Finished the first book in the Chronicles of Narnia series (again) – delightful. Can’t wait to read to my kiddos