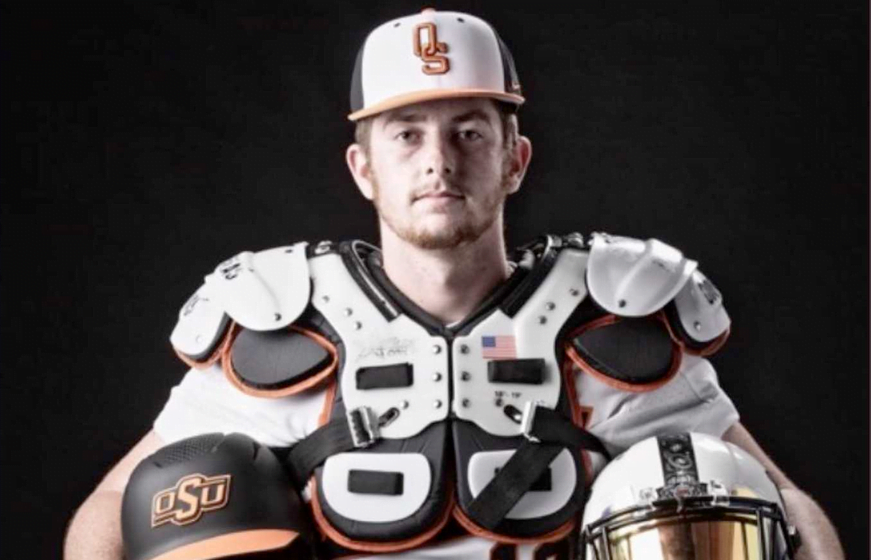 Oklahoma State added a commitment from Class of 2020 QB Shane Illingworth on Wednesday morning, then added another QB to its recruiting class Wednesday afternoon when dual-sport athlete Nolan McLean — one of the preeminent high school pitching prospects in the country — signed with the Pokes.

McLean was offered a scholarship by OSU during a visit in September and played his recruitment tight to the vest before signing and making it official on Wednesday.

McLean will have a chance to play both baseball and football, however his scholarship will technically count towards baseball, giving OSU a top-end pitcher for the baseball program and an intriguing QB prospect with upside, too. Don’t let his dual-sport abilities fool you though: he’s an ace pitcher who MLB scouts are raving about. The setup for him essentially allows him to continue chasing both dreams.

Another member of the two-sport athlete club is six-foot-three, 220 pound RHP/UT Nolan McLean. On the mound he uses an extended lower ¾ arm slot. He can throw his FB for 91-93 and uses a good CB at 74. His fastball gets some good run to the arm side and McLean can control it. However, he is most likely going to stick at the plate. McLean gets his good bat speed but has some swing and miss problems issues to correct. It will be interesting to see what happens to Nolan, as he is also being heavily recruited as a QB. [MLB Prospects Live]

McLean is expected to be drafted in the MLB — and perhaps quite high given the value of pitchers these days — but his commitment is nonetheless a boon for Oklahoma State. That’s a hurdle McLean and OSU’s baseball stuff will need to pass when the draft season rolls around. If he sticks with it and puts the MLB on hold, then he could be a massive presence capable of dominating college baseball.

As a quarterback prospect, McLean is seen as a strong-armed pro-style prospect, but he didn’t quite get the attention his talent warranted because many believe he will ultimately choose baseball and MLB. Still yet, he earned three-star status, and with a 6-3, 220-pound frame, OSU, NC State and East Carolina made offers to him during his recruitment.

As a sophomore and junior for Garner High School in North Carolina, McLean threw for 6,200 yards and scored 56 times in total. As a senior this past season in a run heavy offense, he threw for 1,683 yards, 14 touchdowns and only two interceptions.

Ed. note: We incorrectly wrote that McLean’s scholarship will be counted towards football, not baseball, in our original article. The article has been updated to reflect the current situation.