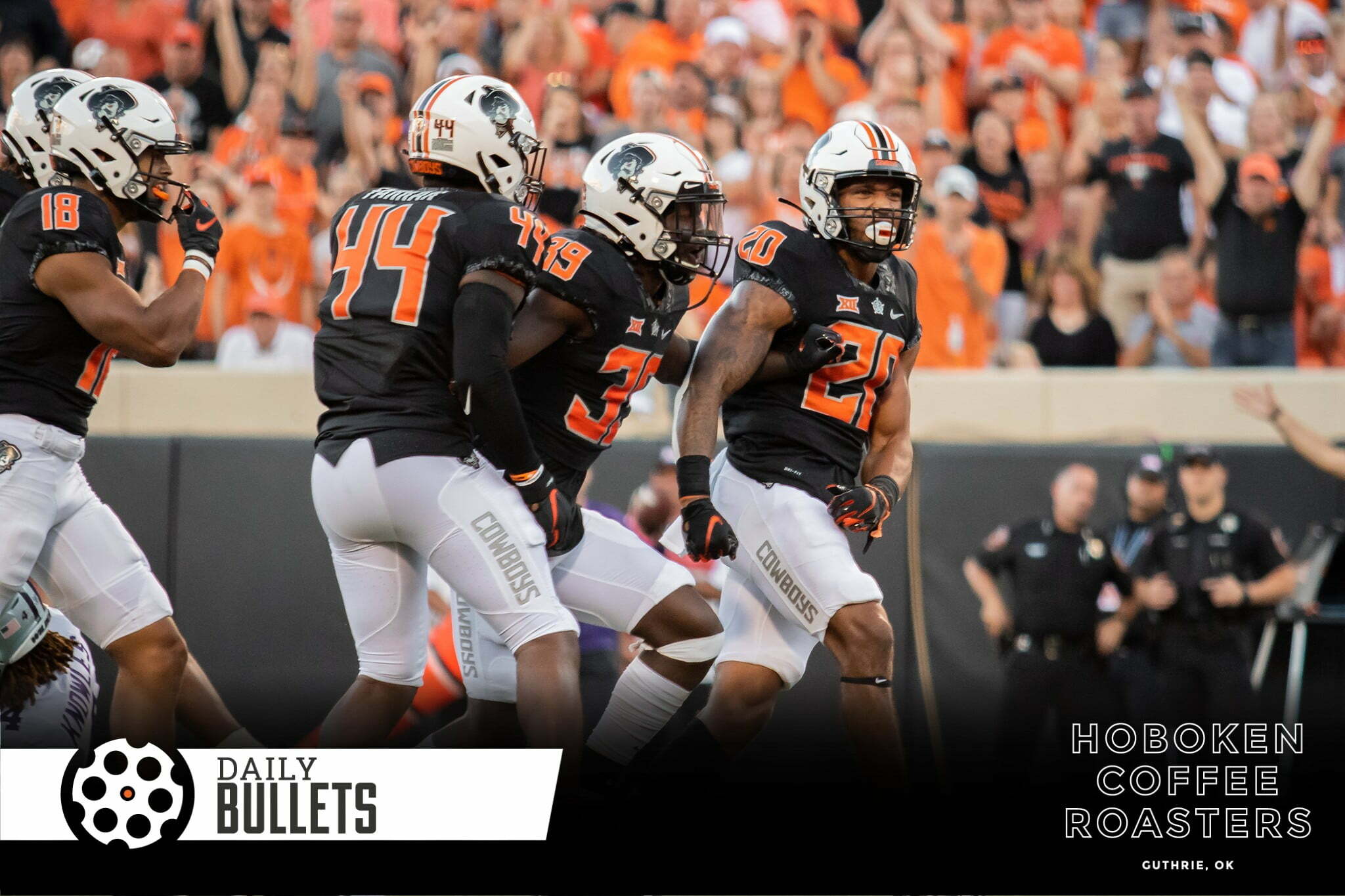 • Here are some possibilities for replacing Jim Knowles

• Here’s what Mike Gundy is tasked with replacing:

One of the things (Jim) Knowles was known for saying around the OSU compound: “You’ve got to live in your hopes, not your fears.”

He lived in his hopes after taking Gundy’s job offer four years ago. That worked out better than anyone could have imagined.

Now it is Gundy who must live in his hopes of finding the right successor, somehow, to the best defensive coordinator he’ll ever have.

• Stop by this podcast to hear some time with a couple of great NBA writers talking about Cade Cunningham’s rookie season (starts at 14:50)

• Love to see this as a P-T alum – how fun for kids to meet these athletes.

Also low-key disappointed for seven-year-old Steven who didn’t get to see R.W. McQuarters or Alonzo Mayes on the playground.

• I don’t know that there’s a better fit of talent and personality than A.J. Ferrari with pro wrestling: