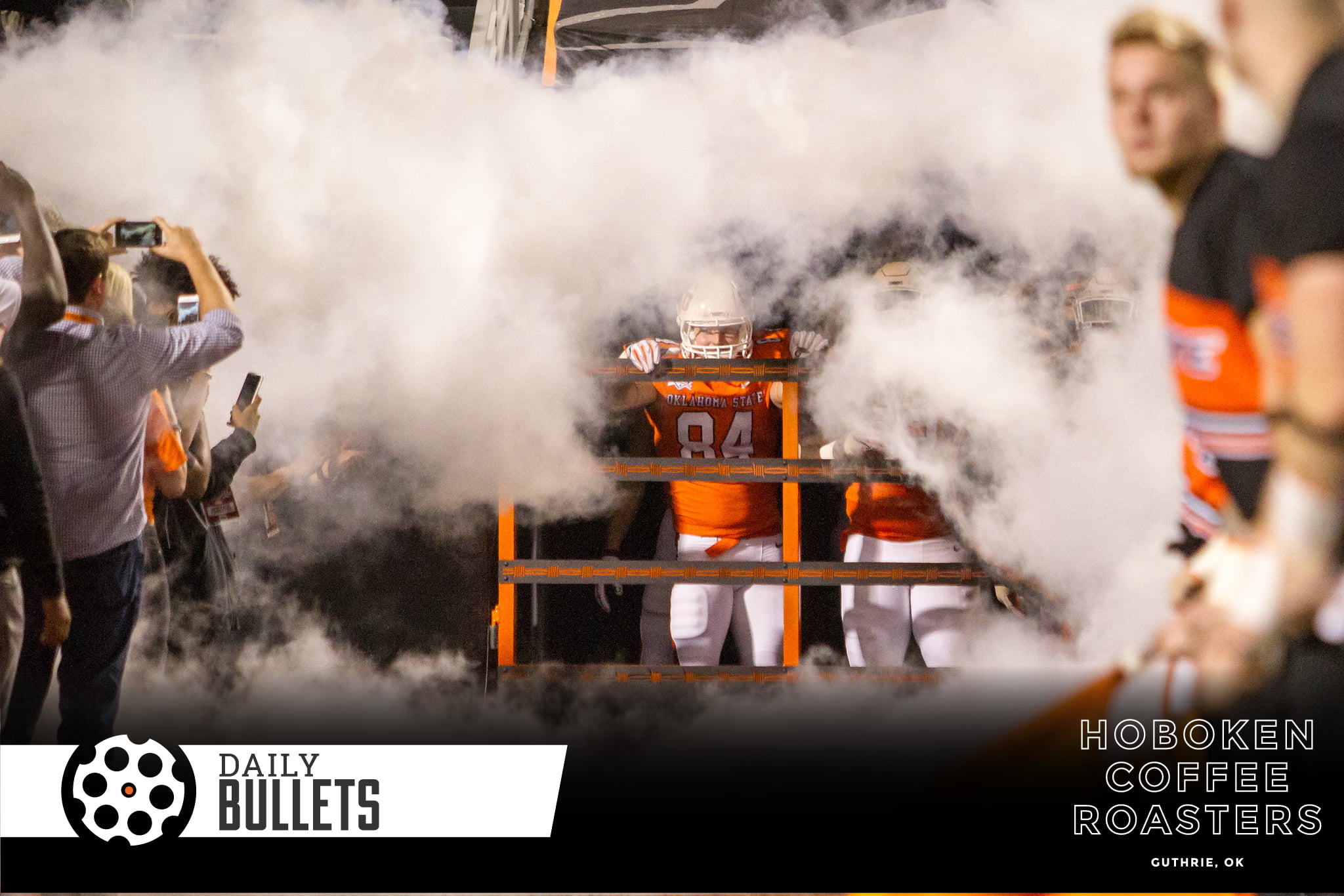 February is here and just in case your New Year’s Resolutions haven’t failed, here’s a good piece on changing via habit.

• Is it too much for a coach to adjust from the Ivy Leagues to a (public) Power Five school?

I generally like the idea of turning over rocks to find coaches. There are good coaches everywhere, and Gundy certainly found a good one in Yurcich. So you’ve got to give Gundy the benefit of the doubt.

Except somehow, the Ivy League seems different. Maybe it’s not. Maybe the football difference between Harvard and James Madison, between Yale and Delaware, is scant.

Doesn’t seem so, though. The Ivy League doesn’t hand out athletic scholarships. The closest thing the Ivy offers is an ever-so-slight break on entrance requirements. [NewsOK]

It’s an interesting “zag” that Gundy’s taken, an experiment that will likely take a few years to find a solid conclusion. America loves football but Oklahoma/Texas and New England are two different languages. Time will tell what translates.

• With respect to those inclined to disagree, I couldn’t agree more with Cox on giving Les Miles a warm reception when he returns this fall.

The Mad Hatter is back, and 15 years is easily long enough to forgive and forget that feeling when he headed off to greener pastures to chase a title in Baton Rouge. Some that will be at this game were not even cognizant of college football the last time Les was chewing the turf of Lewis Field.

Here’s to a nice standing O for Les for pushing Oklahoma State forward during his four years, and hoping he doesn’t push KU forward with a signature win against his former team. [PFB]

• Let’s pop-in and see how our old friend Brad Underwood is doing at the University of Illinois.

After falling to Minnesota on Wednesday night, the Illini’s 15th (!) loss of the season, Illinois fell to 6-15 on the season. For those tracking all this at home, that’s *carry the one, dot the i … * 28 losses in the last 38 games for Illinois.

Look, Underwood is a fine coach. Really. I actually think he can turn things around at Illinois (I’m not rooting for it), but the fact is that OSU basketball might, somehow, just maybe, be in a better situation, with more stability, under Mike Boynton than it would be with Underwood, despite the mangled contract situation that led him to leave in the first place. [PFB]

Woof… not good. Do I blame Underwood for taking the ridiculous money he was able to make after a moderately successful season? Not in the least bit. But it certainly does feel like a bit of justice is being served.

• Something unique about Sean Gleeson’s transition is that he could be going between two places where offensive performance could be invalidated because of it’s setting.

But there’s sure a lot to like in these glimpses of Gleeson’s mind. And these aren’t just a couple of highlights, Princeton led FCS in scoring while averaging 47 points per game, engineering the highest-scoring offense in Ivy League history. The Tigers also ranked in the top 10 nationally in total offense, rushing offense, third-down conversion percentage and pass efficiency. [GoPokes]

The stereotypical (and tired) response when Big 12 offenses are raved about is how bad the defenses are. Gleeson is coming from a place where outstanding performance (as seen above) could be undersold because of the level of competition. That fact doesn’t promise solid performances in Stillwater but it’s certainly a parallel.

• Rickie is leading the pack with Wolff hanging out just outside the top ten in his debut at the Waste Management Open.

• Two-star players in the Super Bowl is a fun read.

• A look at Bill Belichick’s library

• Inside the Stalinist – “Truman Show”