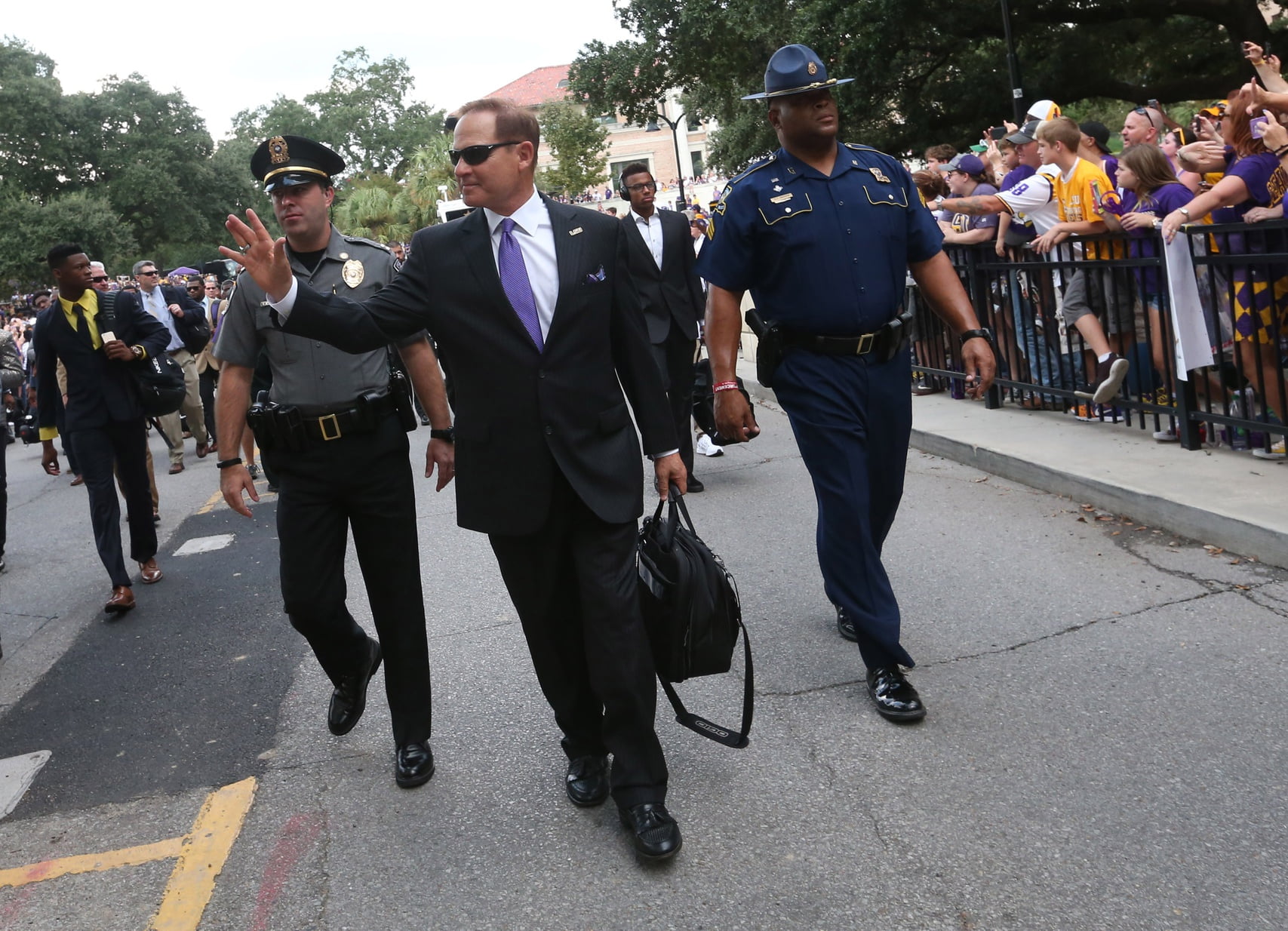 We’ve already looked at OSU’s nonconference slate, it’s challenging start to league play and a stretch in which it faces several up-and-coming Big 12 quarterbacks. Now let’s close the chapter on our peek ahead into the fall with the Cowboys’ final three regular season games.

The Pokes will let ‘er rip against the Jayhawks to open the final leg of Big 12 play at home. The Rock Chalk crew has always provided some chicken soup for even the soul-less football team, but things might be different under new head coach Les Miles.

Last meeting: Oklahoma State dispatched Kansas in Lawrence 48-28 behind a four-touchdown performance by Taylor Cornelius and what would be Justice Hill’s season high with 189 rushing yards.

Last season: Despite increasing his win total — to three — Kansas showed David Beaty the door following his fourth year at the helm. Consequently, he matched the win total for his first three seasons in Lawrence with blowout wins over Central Michigan, Rutgers and a 1-point victory over a sliding TCU squad.

Another homecoming: When he arrives at BPS, it will be three days past the 15-year anniversary of the last time Les Miles was in Stillwater, America as a college head coach. The Cowboys whooped the Baylor Bears 49-21 following consecutive losses to top 10 Oklahoma and Texas teams. The win over Baylor would be his last in that giant italicized O cap before losing to Texas Tech and exiting stage left at the Alamo Bowl against Ohio State.

The Mad Hatter is back, and 15 years is easily long enough to forgive and forget that feeling when he headed off to greener pastures to chase a title in Baton Rouge. Some that will be at this game were not even cognizant of college football the last time Les was chewing the turf of Lewis Field.

Here’s to a nice standing O for Les for pushing Oklahoma State forward during his four years, and hoping he doesn’t push KU forward with a signature win against his former team.

The Cowboys will face consecutive first-year coaches (at least at their current schools) when they head to Morgantown to try to make it five straight against the Mountaineers. Neal Brown comes in to replace Dana Holgorsen after turning Troy into a consistent winner.

Brown cut his teeth at Troy, among other places, and was on staff when the Trojans inexplicably downed the Cowboys in 2007. He was Troy’s OC for the next meeting between the two teams before heading to Lubbock to call plays for Tommy Tuberville’s three Tech offenses. He is 0-4 as an offensive coordinator against OSU.

Last meeting: It was an all-time comeback and one of my favorite wins (they’re not as easy to find) from 2018. OSU’s defense held the high-powered West Virginia offense scoreless in the third quarter, its offense outscored the visiting team 31-10 in the second half, and it still came down to a couple of dramatic plays.

1) Tylan Wallace’s catch and subsequent dragging of a DB into the end zone. 2) A.J. Green’s obvious pass interference that no ref is going to flag that late in a game — sorry NOLA fans (Dustin Ragusa). Pokes won a tight one 45-41.

Last season: After rolling to an 8-1 start and generating some buzz about a Big 12 title game appearance and more, the Mountaineers’ trip to Stillwater was just the start of their troubles.

West Virginia fell to Oklahoma by less (59-56) and then came up short to Syracuse in the Camping World Bowl sans Will Grier.

Dana bows out: After three-straight bowl losses and disappointing finishes, Dana Holgorsen saw the writing on the unlit couches and made his way back to Houston to take its newly vacated head coaching spot.

The Bedlam rivalry has been put back to its rightful schedule slot, at least in my eyes, on Thanksgiving weekend. True to form, the Big 12 knee-jerked and pushed the in-state tilt up earlier in the season ahead of 2016 to keep from playing back-to-back conference title games.

Unfortunately for OSU, after the Cowboys failed to make either trip to Arlington, the league apparently felt it was safe to move it back. Let’s hope it backfires on the Big 12 in 2019.

Last meeting: With his worst team in the last five (at least his most inconsistent one), Mike Gundy came this close to upending the Sooners in Norman. Taylor Cornelius looked the part of a legit starting Big 12 passer, Chuba Hubbard showed signs of what is to come and Tylan and Tyron went HAM. Unfortunately, there are no moral victories.

Last season: The Sooners won their fourth-straight Big 12 title and made the CFP field for consecutive years and for the third time in four. Lincoln Riley was signed to a five-year stay-away-from-the-Browns contract through 2023 complete with a raise to $6 million annually. Get used to it, folks.

Rich getting richer: No team has benefited more from transfer quarterbacks than Oklahoma, especially over the last half decade. Baker Mayfield had no scholarship offer in Lubbock and turned into a Heisman winner and No. 1 overall pick. Kyler Murray was looked at as a bust in College Station — better expand that Heisman room at Oklahoma Memorial Stadium.

Now the Sooners welcome Jalen Hurts, the longtime starting QB at Alabama who was only overshadowed by Tua Tagovailoa, who just turned in one of the best seasons by a college QB ever. What will Lincoln Riley be able to do with a castaway of Hurts’ ilk? At least we won’t have to find out until we are fat and happy on turkey.