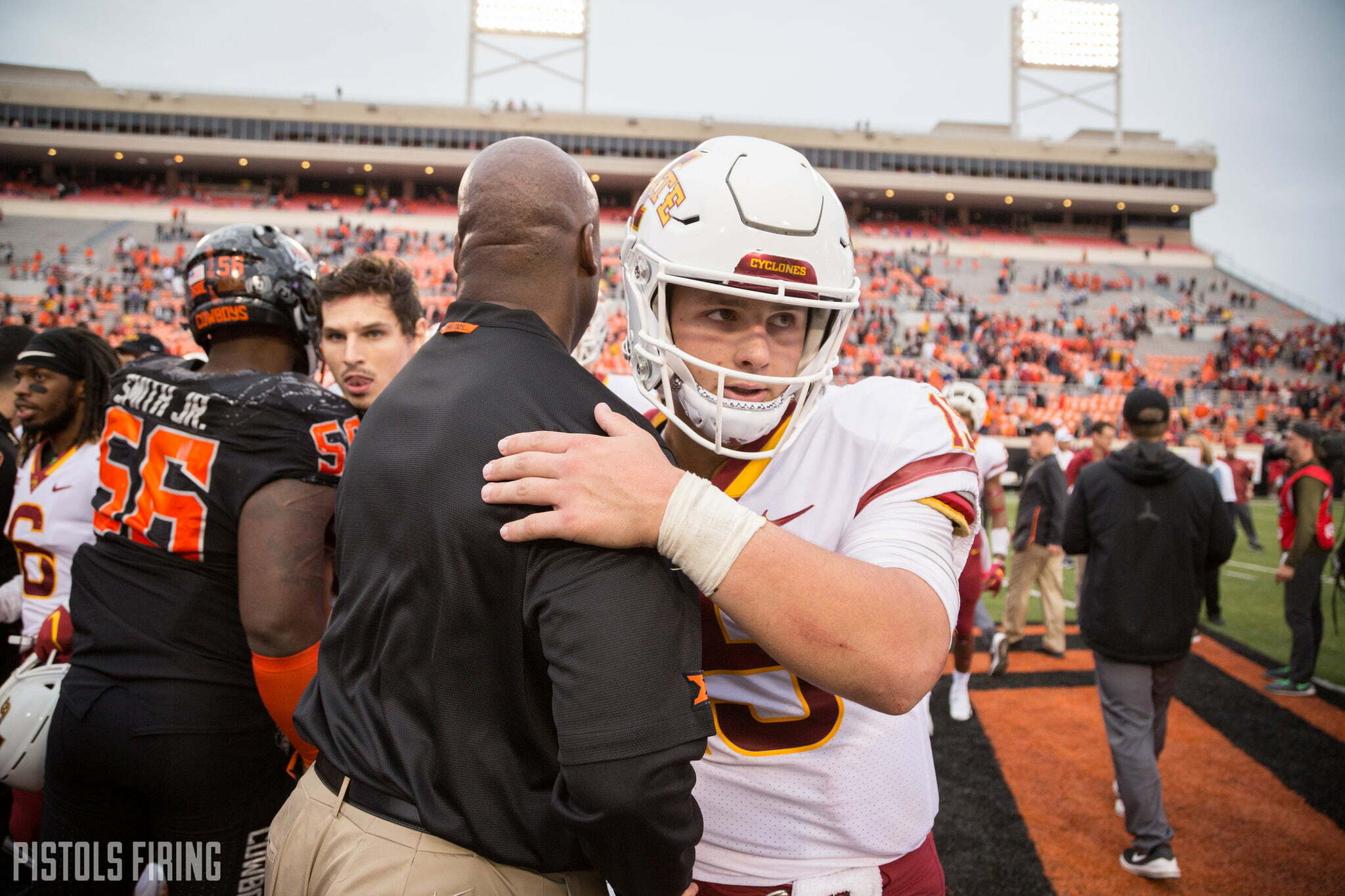 We’ve already previewed Part 1 and Part 2 of OSU’s 2019 schedule. Now let’s delve into the meat of that Big 12 slate which includes three consecutive opponents that got the better of the Cowboys in 2018.

The Cowboys welcome the Bears for Homecoming weekend for the second time in three years. That game two years ago ended in a blowout win for the home team, but their trip to Waco was much less satisfying. Now we’ll see if OSU can win just their second against Baylor in six tries.

Last meeting: The Cowboys lost a game they had no business losing thanks, in part, to a few balls that didn’t bounce their way (to put it nicely), but mostly because of a season-high 12 penalties and an overall sloppy performance.

Last season: One year after a 1-11 finish, Matt Rhule captained his team to seven wins including a Texas Bowl victory over Vanderbilt. After unsuccessfully interviewing for a job with the New York Jets, Rhule is back in Waco to try to continue the rebuild — and apparently further fill out his resume.

The Next Step: Bears quarterback Charlie Brewer trails only Sam Ehlinger among Big 12 returning passers. After a solid sophomore season (3,019 yards, 19 TDs, 9 INTs), Brewer looks to take the next step. He will be without Big 12 Newcomer of the Year Jalen Hurd, but with plenty of other talent, including wideout Denzel Mims and tailback John Lovett, who seems primed for his own breakout after his 104-yard — and 17.3-per carry — display against OSU as a sophomore.

The Cowboys head to Ames this year with payback on their mind and hopefully a healthy respect for Jack Trice Stadium.

Last meeting: The Cyclones took down the Cowboys 48-42 thanks to one hell of a debut by Brock Purdy. The freshman QB slung the rock for 318 yards and four scores and added 84 rushing yards and another TD on the ground inside BPS last fall. It wasn’t Purdy.

Last season: Matt Campbell’s squad finished 8-5 for the second-straight year after falling 28-26 to Washington State in the Alamo Bowl.

Campbell Sticking Around: Instead dipping his toe into the coaching pool — he would have been at the top of several short lists — Campbell inked a five-year extension to stay in Ames for the long term and try to build a winner. The Big 12 is better for it but other flyover middlings beware.

Along with the Kansas State trip, Oklahoma State’s regular season finale in Ft. Worth was one of the most disappointing losses of the 2018 season. Can OSU atone for that transgression to its fanbase?

Last meeting: Yep, it was ugly. The Cowboys laid a stinker in their final regular season game like their recently acquired bowl eligibility was all they had really cared about — which was most disappointing. OSU was outplayed by an utterly inept offense and averaged a season-low 3.9 yards per play.

A New QB: With last year’s injured passer Shawn Robinson headed to Missouri and something called a Grayson Muehlstein amassing 27 yards and four interceptions in a bowl win (!), the Frogs are looking for a new leader of their offense. Look out for former four-star dual-threat QB Justin Rogers as well as former K-State QB Alex Delton who came to Ft. Worth as a grad transfer.