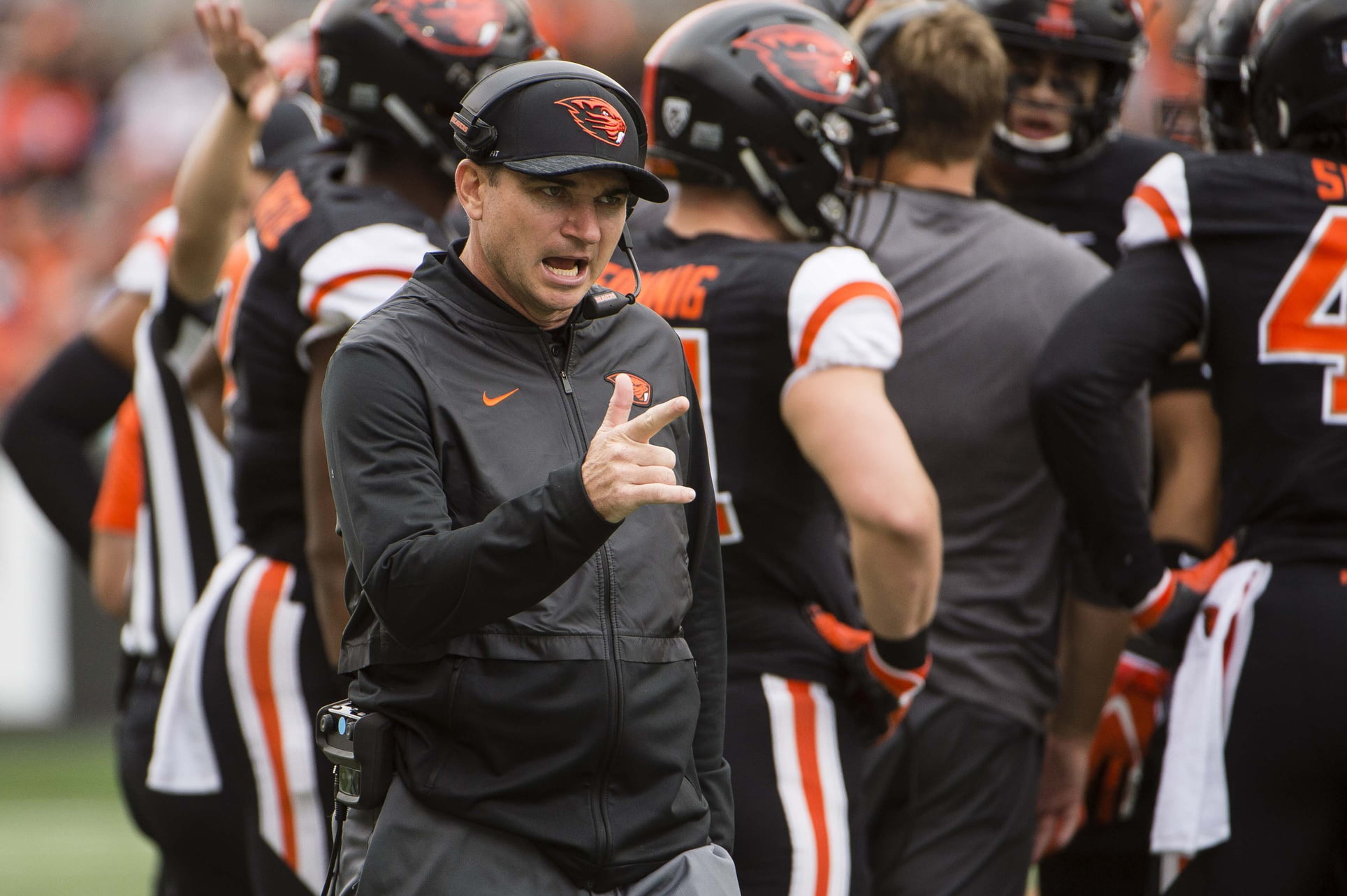 Oklahoma State faces an absolutely huge 2019 season as Mike Gundy looks to rebound from just his second single-digit win total in the last six. A rebuild season every four or five years is plenty explainable, but back-to-back down years would bring the mulleted one the wrong kind of attention, and his program’s trajectory into question. Needless to say, Gundy’s team needs to get off to a good start.

The Cowboys will be replacing a lot and at some key positions — like quarterback and both the offensive and defensive lines — which means that we may learn plenty about this next iteration of the Pokes just in the first three weeks of the year.

So let’s take a peek at Oklahoma State’s nonconference schedule and start to the 2019 season.

Oklahoma State will travel nearly 1,900 miles to the site of its opening game. According to OSU, it’s the farthest the team has traveled since its 2008 season opened at Washington State.

Last meeting: This will be the first matchup between the Cowboys and the Beavers. It’s also the first leg of a home-and-home series between the two schools that will see Oregon State open its 2020 season in Stillwater.

Last season: The Beavers went 2-10 under first-year head coach Jonathan Smith. Oregon State has won a total of 14 games the last five seasons spanning back to its more recent bowl bid in 2013.

QB Waiting in the Wings: The Beavers may also turn to an inexperienced quarterback. Conor Blount, who shared starting QB duties for the Beavers with Jake Luton in 2018, is gone to transfer. Luton is back for one more season, as is former junior college transfer Jack Colletto. The latter amassed just 201 yards, no scores and three INTs in eight games.

Former Nebraska quarterback Tristan Gebbia, who spent 2018 on the bench in Corvallis due to transfer rules, will get every opportunity to win the gig outright over the two returning QBs. His upside far exceeds the incumbent starter, Luton. The former four-star prospect was the No. 9 pro-style passer in the 2017 class according to 247 Sports and the No. 22 overall prospect from his state out of Calabasas, California.

We’ll follow up an OSU vs. OSU matchup with a Cowboy-on-Cowboy tilt. Oklahoma State will host FCS team, McNeese State on September 7. At least it’s a home game.

Last meeting: This is another first-time foe for the Cowboys.

Last season: The other Cowboys went 6-5 last season and 5-4 in the Southland Conference after ending the year on a three-game skid.

A New Voice in Lake Charles: McNeese State announced the hiring of Sterlin Gilbert as the program’s 16th head coach in December. This is Gilbert’s first head coaching gig, but he’s a well-traveled offensive mind whose name may be familiar to OSU fans.

Gilbert spent one year as Philip Montgomery’s OC and quarterbacks coach at Tulsa before Charlie Strong hired him for the same position at Texas. He then followed Strong to South Florida where he ran the Bulls offense for two years before earning the opportunity to lead his own program.

The Cowboys’ second road trip of the year will be its closest of the year when they head to Tulsa for the first of three-straight annual meetings with their other in-state foe.

Last meeting: OSU beat Tulsa 59-24 in Stillwater in its season opener in 2017. The Cowboys own the all-time series lead 41-28-5 and have won six straight against the Golden Hurricane starting in 1999.

A Warm Seat?: After going 16-10 with two bowl berths in his first two seasons, Philip Montgomery’s Tulsa team has struggled in Years 3 and 4. His quick start earned Montgomery a five-year deal following the 2016 season, but he’s paid it off with just five total wins since then.

Montgomery, a holdover from Art Briles’ dominant run at Baylor, has shown that he can have success offensively with his system — when he has the right QB. And he’ll have a couple of viable options in 2019.

Former Baylor QB Zach Smith, who Montgomery recruited when he was the Bears’ OC, transferred to Tulsa last year and has paid his pine-riding dues to the NCAA. Smith showed flashes in two years in Waco, including slinging it for 463 yards and four touchdowns against Oklahoma in 2017. But he eventually lost out to Charlie Brewer after performances, like his trip to Stillwater two games later in which he mustered just 127 yards, no scores and an INT in the blowout loss to OSU.

Tulsa returns its starting QB from last season, as well. Seth Boomer, the older brother of 2019 OSU signee Grayson Boomer, took the reins (and his lumps) over the last eight games of the 2018 season. The Golden Hurricane went 2-6 under the true freshman who passed for 1,378 yards, nine TDs and a four interceptions. He should be another year improved, but will face stiff competition from Smith, the experienced transfer.

It’s not exactly a murderer’s row of a noncon slate for the Cowboys, but when you look at the possibility of debuting a new starting quarterback on the road in a Power 5 venue, I don’t think you can take much for granted. Hopefully, Spencer Sanders, or Dru Brown — or Brendan Costello — can work out any bugs against some lesser competition before Big 12 play commences.