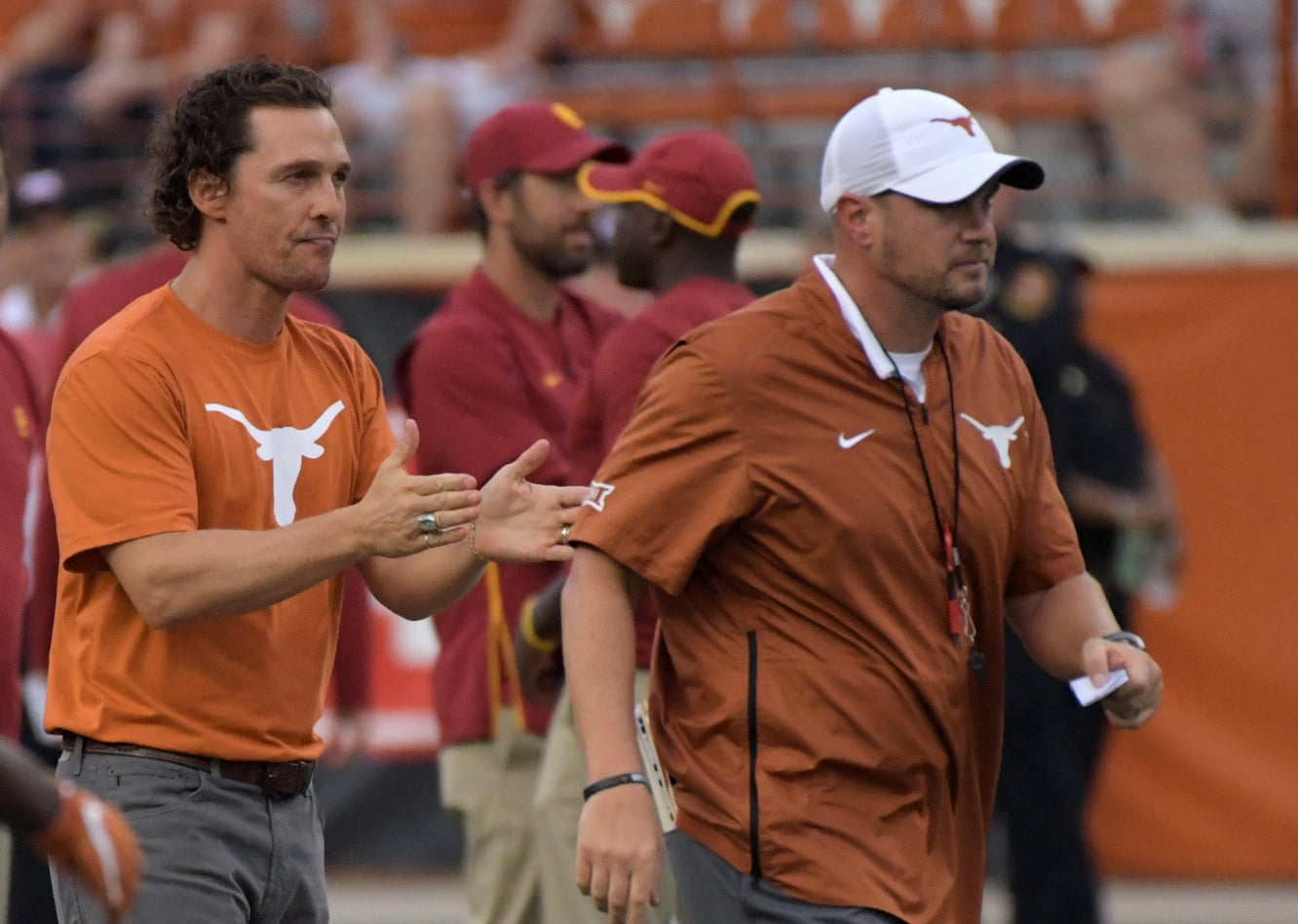 Earlier this week, we took a peek at OSU’s nonconference slate. Now let’s move into conference play and preview one intriguing storyline for each of the Cowboys’ first three Big 12 opponents.

The Cowboys kick off conference play on the road against the Longhorns. The last time the Pokes took the field inside Darrell K Royal, they became the first team (and Gundy became the first coach) to win five straight there. Can they extend that historic streak in Austin?

Last meeting: It will be hard to top OSU’s homecoming win over Texas last season. The much-needed bounceback performance, the old school threads — I vote for a yearly throwback tradition against UT, what a uni matchup! — and it all culminated in an on-field scuffle complete with Mike Gundy throwing up Gladiator signs and Tom Herman playing the part of an uneasy Commodus.

Last season: The Longhorns were back, to competing for a Big 12 title at least. Texas fell to Oklahoma in the Red River rematch that doubled as a conference title game, before taking down No. 7 Georgia in the Sugar Bowl.

Look who’s back: How will the ‘Horns follow up a year in which they finally exceeded (or lived up to?) expectations? Sam Ehlinger returns for his junior year, but UT lost A LOT on both sides of the ball including it’s leading rusher and receiver in Tre Watson and Lil’Jordan Humphrey, as well as three starters from its OL, and every starter at DL and cornerback. Will Herman be able to keep his program moving in the right direction? Will he finally earn a W from the mullet?

After dropping his last two to the Wildcats, Mike Gundy is looking to keep from falling to 6-6 against K-State.

Last meeting: The ‘Cats embarrassed the Pokes 31-21 in Manhattan last season. The ego wounds have yet to heal from a season-low 12 points on just one scored TD.

New Winning Culture?: K-State hired North Dakota State head man Chris Klieman to try to replicate some of his success from the FCS ranks (four national titles in the last five years), and to restore K-State to its winning ways. It will be interesting to see how he fares in Manhattan. He’s definitely shown he can coach up lesser talent which will be needed in the Little Apple. How will he translate that ability to the Big 12?

Another team that currently owns a winning streak against OSU, but that will be led by a new head coach. Not a great feather for 2017’s cap if you’re the Cowboys.

Last season: Thanks, at least partly, to Bowman going down with injury, the Red Raiders lost their last five games which somehow gave birth to the Kliff Kingsbury era of the Arizona Cardinals.

A New Voice in Lubbock: Texas Tech turned to Utah State head coach Matt Wells to hopefully turn things around in Lubbock. Wells earned Mountain West Coach of the Year in 2018 after leading the Aggies to the second 10-win season of his six-year tenure. He has his work cut out for him to turn Tech into a winner — and plenty to replace on both sides of the ball — but he’s got an exciting young QB to build around if Bowman can stay healthy.