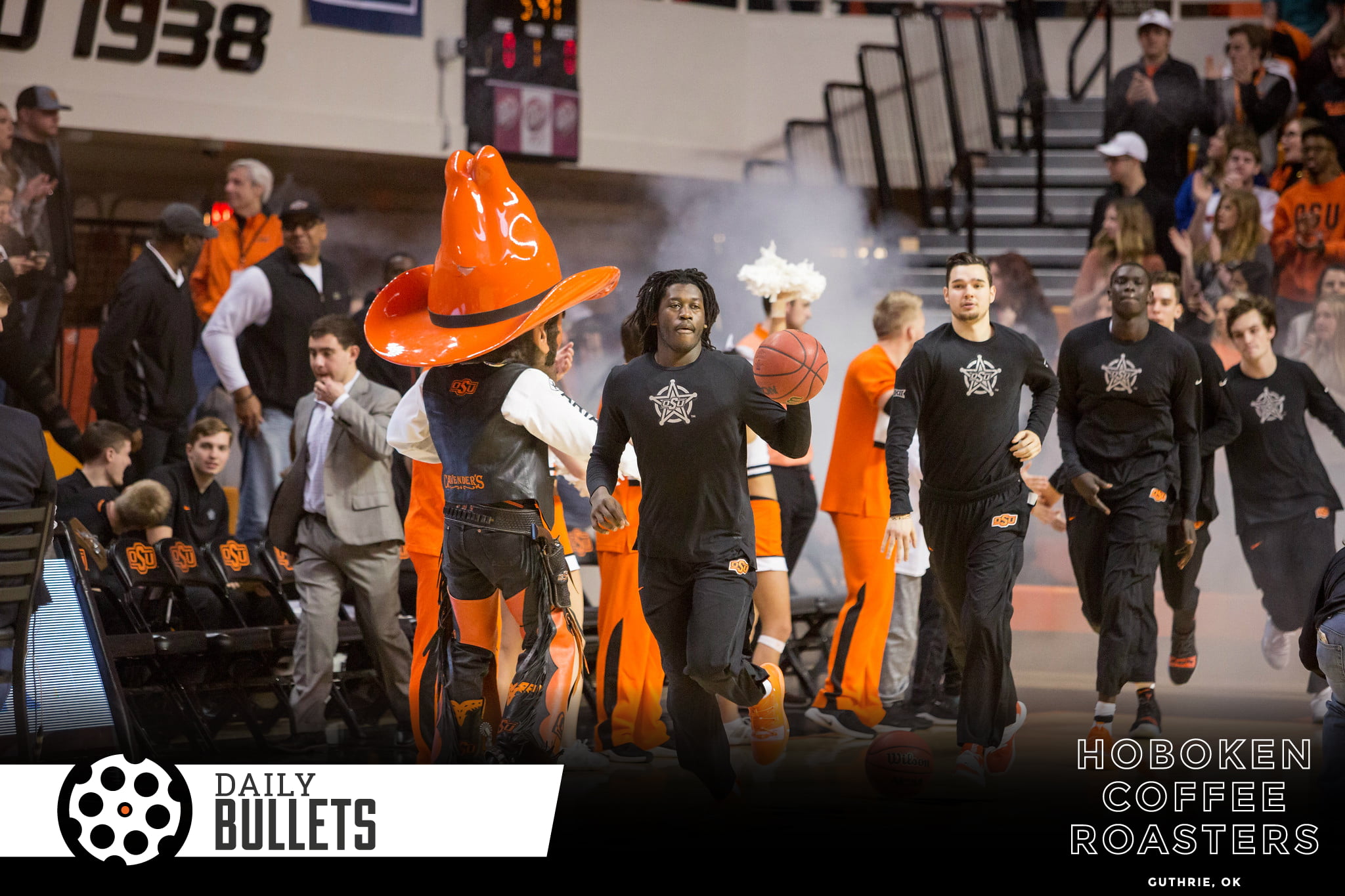 The 2007 class proved to be a foundation for the 2011 Big 12 Championship season with the likes of four-star defensive end Richetti Jones. Another four-star that was gone before that 2011 season was Dez Bryant. William Cole was a four-star miss. Three-star standouts included running back Kendall Hunter, center Grant Garner, receiver Josh Cooper, defensive end Jamie Blatnick, and offensive linemen Jonathan Rush and Nick Martinez. The unranked recruit was transfer kicker Dan Bailey, who left Arkansas when they didn’t scholarship him.

If you can have a two-year run where you land Dez, Blackmon, Richetti Jones, Kendall Hunter, Josh Cooper, two-All American kickers, Markelle Martin and an NFL offensive line, you’re hitting.

• An aspect of Chuba Hubbard’s development that may have helped keep him at Oklahoma State for another year is a top-flight receiving coach to work with.

As Hubbard has tried to develop his pass-catching skill, he spent extra time working with Dunn and the receivers.

“Me and Coach Dunn built a relationship ever since I got here,” Hubbard said. “He’s helped me a lot with my hands and route running and stuff like that.” [NewsOK]

• Taylor Cornelius didn’t rack up any stats in his XFL-debut but there was a note about his status concerning the depth chart late last week.

(Cornelius) also had a very good training camp, and he has been very productive in practice and has really won the backup role at quarterback. If something would happen to Aaron early on for some reason, Taylor would be the first quarterback to go in just because of his reps in his time that he has played in OTAs and training camp. [XFL.com]

It doesn’t appear that was the case as another backup landed a couple of snaps yesterday but based on this comment and how much Gundy swooned over the veteran, Corndog is quite the practice player.

• Easily one of the cooler Pete pics out there.

This picture looks like Pistol Pete’s presidential inauguration. I want to get it printed and framed. https://t.co/yaBElrmWRx

• These are some fun guys – would love to see Tom have a breakout sophomore season.

• How to turn off the Netflix feature that autoplays previews
• The science behind friendship (W$J)
• All the trade deadline breakdowns you can handle: winners & losers, questions after the fact, Drummond trade, D-Lo Russell trade, and Clint Capela trade

This is the mic drop needed about KD: