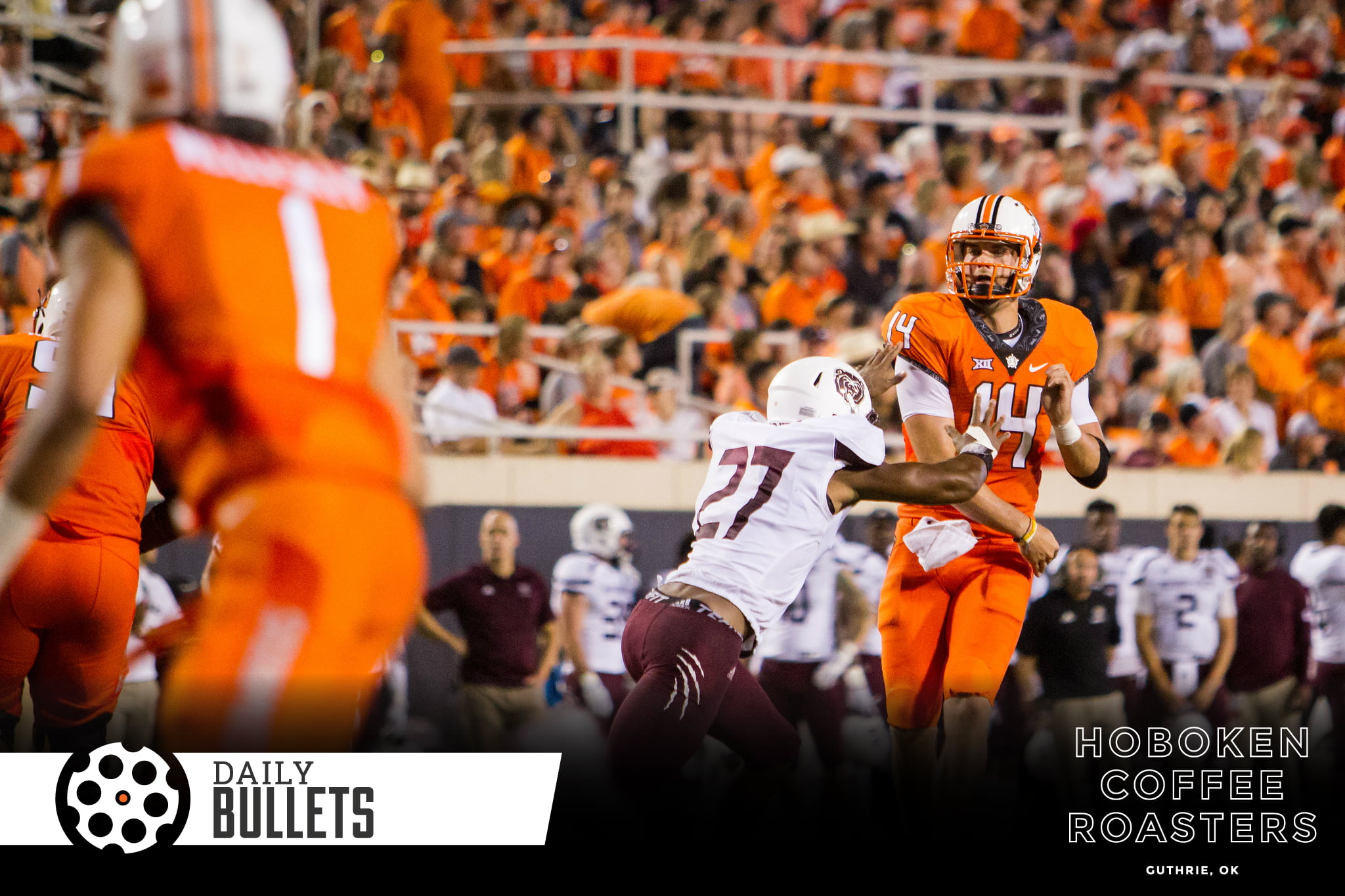 Happy Monday – here’s a solid Tramel read on who won the coaching carousel in college football.

Throw on some tape of his Texas, West Virginia or Oklahoma games and his upside is apparent. It all comes down to how high teams actually see his ceiling and how much they think they can develop him.

It’s also important to remember that though he’s long in the tooth in terms of age, he was basically unproven coming into last spring. Given the right situation, Cornelius should still continue to develop as a player.

PFB Prediction: Late Round to Undrafted
It’s possible that a team takes a flyer on Cornelius, but I think it’s more unlikely that he goes undrafted, which may be better for his chances in the NFL. That would give him a chance to field offers from multiple teams and choose his destination based on fit. [PFB]

When I watch the NFL and somehow old Big Ten quarterbacks work their way into the game, it’s not hard to imagine a team thinking Texas or West Virginia game-Cornelius can’t show up and help them win.

• This season in Cowboy Basketball will go down as an ultra-marathon for six guys.

The team’s changes have not only been dietary. Curtis Jones, the Cowboys’ only bench player to play more than 11 minutes in a game since the dismissals, said the team is still training with weights, but trying to avoid overdoing it. Likekele said he takes ice baths four times a week.

“With the minutes coming, it’s a lot going on” (Isaac) Likekele said. “It’s a big toll, and we’ve just got to do our best to take care of our bodies.” [NewsOK]

Articles looking at how to endure playing this many minutes a night are ones I’m interested in reading at this point in the season.

• SB Nation ranked the worst college football teams to be bowl-banned and unfortunately, the Pokes made the top three.

I can’t speak to all of OSU history but over the last 30 years, the high of 88′ and the Israelites-in-the-wilderness-style wandering of the 90’s plays for a nice backdrop for the golden age of Gundy.

• That Rutherford season in 95′ just felt like he was hitting them all day.

• Pokes added some solid walk-ons this year – Cabness sounds a little like Stoner.

• Cowboy Golf is No. 1 in the golf rankings this week.

This was linked on Saturday but ICYMI, here’s a solid read on OSU football recruiting and where OSU recruits from.

• Finished this non-fiction read yesterday that gave fantastic context on today’s intellectual environment. It’s told from the left but has loads of thoughts/commentary that either side of the political aisle would find insightful. I’d recommend it.