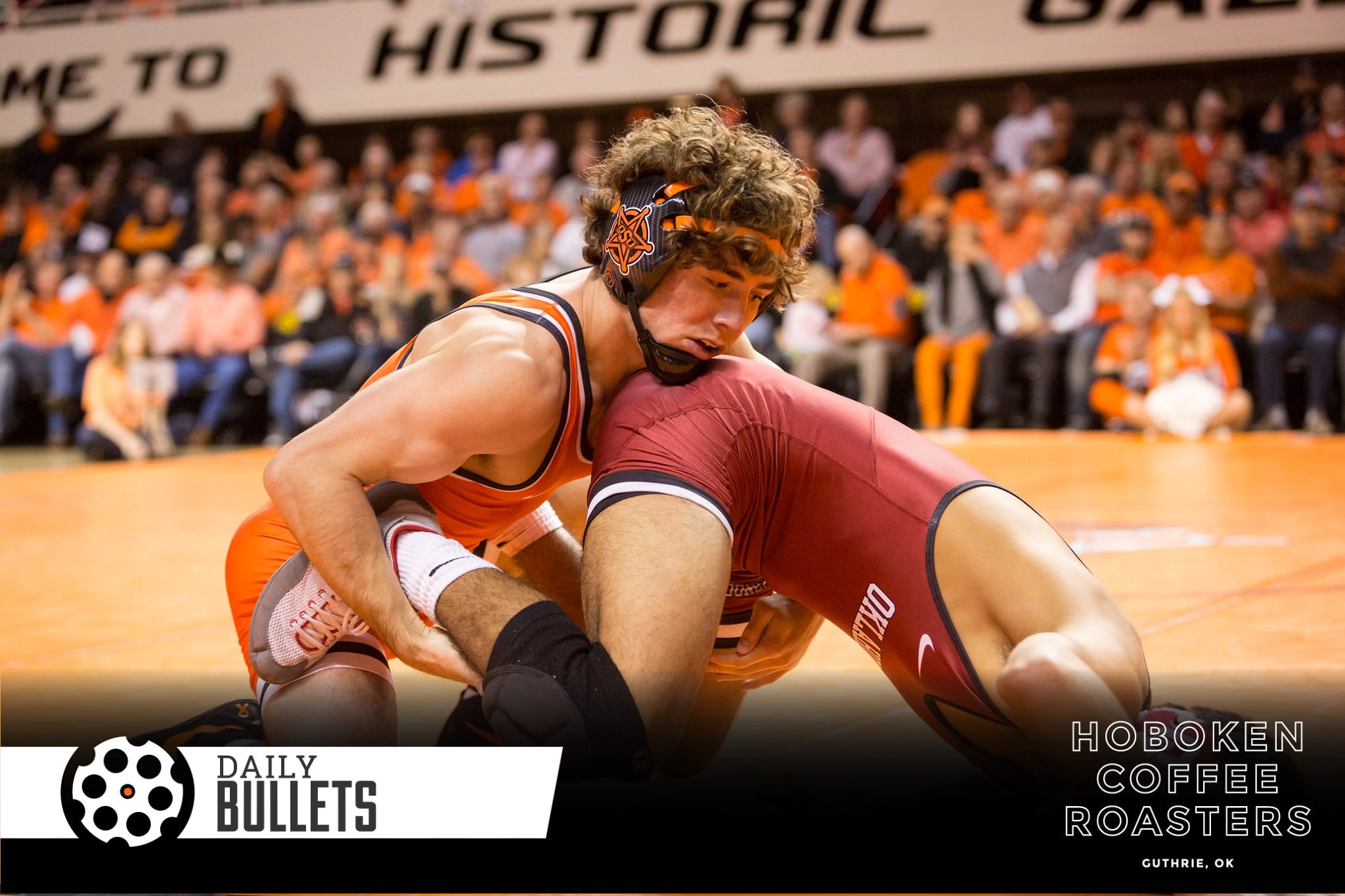 Men’s hoops’ trip to Waco was grounded, but there was still plenty going on in OSU country on Saturday, not to mention a huge bout with historical implications coming up on Sunday night.

But before we get to the happenings of an otherwise eventful weekend, let’s take a look at how Stillwater (like most college football towns) has been hit by the pandemic and a “mind-boggling” trickle impact of the loss of sports in 2020.

• The Tulsa World‘s Bill Haisten penned a write-up on the effects on Stillwater and Norman, through the eyes of some of the cities’ business owners and leaders. It was really good, and a really good reminder to support your local favorites when you can.

“We’re still fighting an uphill battle. It’s so important to support these merchants now. We want them to still be here when the pandemic is over. Whether it’s getting gift cards, ordering carry-out food or purchasing gifts from local places, it just means more now than ever before.” [Tulsa World]

• Oklahoma State extended its win streak to three with a 80-73 win over Iowa State in the Cowgirls’ regular season home finale.

As usual, the Cowgirls were led by their dynamic duo of Natasha Mack (24 points and six blocks) and Ja’Mee Asberry (21 points, five rebounds and four assists) — the former in her final game at GIA.

• OSU’s No. 11 softball squad moved to 4-0 after a Saturday sweep of Texas A&M-Corpus Christi and North Texas. The Cowgirls did so with their bats — by way of an 11-1 run-rule victory over Corpus — and from the mound, with a 2-0 defeat of North Texas.

• The weekend’s main event takes place tonight when OSU wrestling hosts its final dual today with a chance to claim its 47th undefeated season — and it’s against OU. What more could you ask for? The bout will be televised on ESPNU so you have no excuse not to catch it.

• Scientists successfully cloned an endangered ferret that died when I was 3-years-old. [Popular Mechanics]

• I’m more of a respectful observer of boxing than I am a knowledgeable fan, but these types of KOs always seem equally impressive and scary.