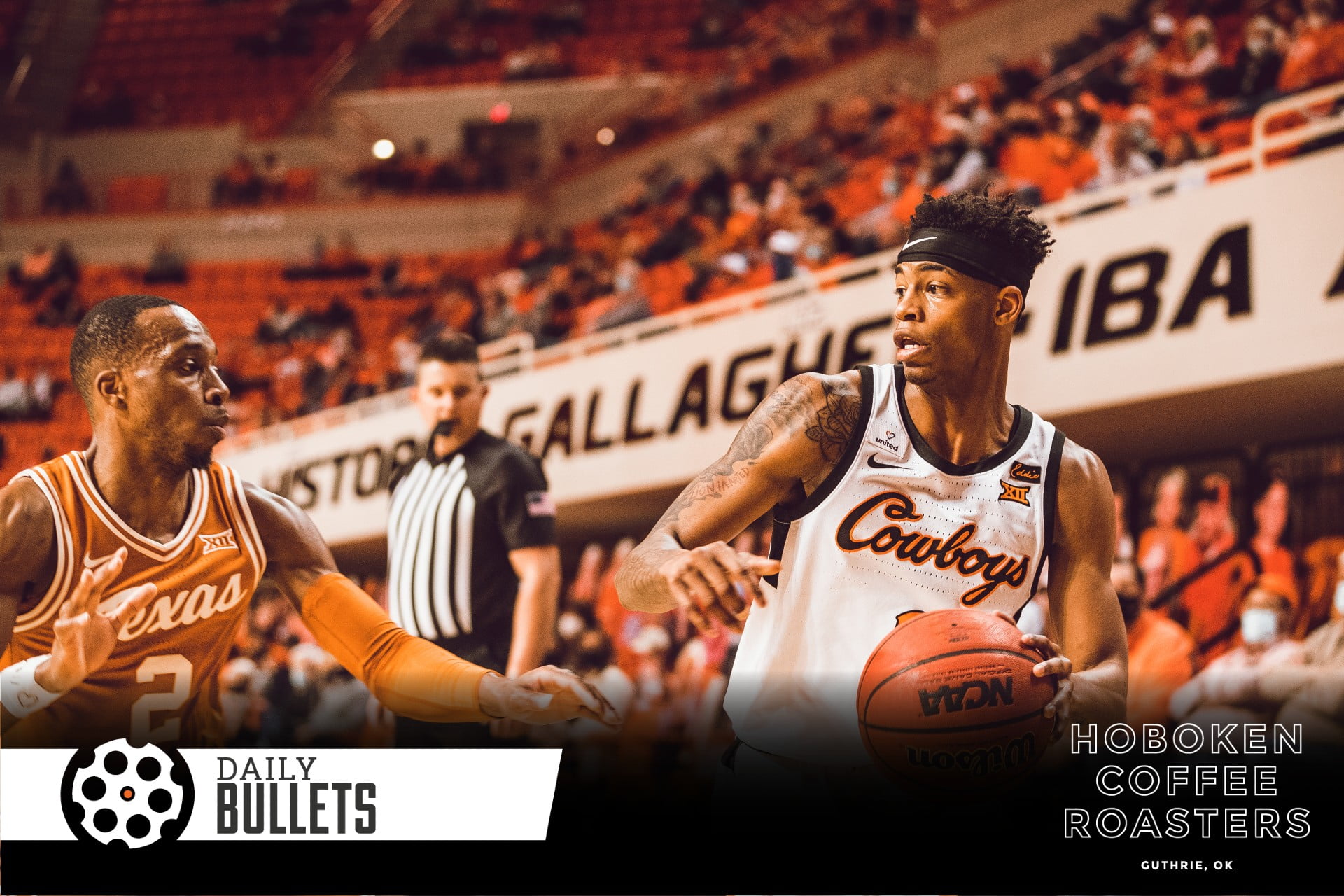 It’s been a long wait but the Pokes host their first game at Cecil O’Brate Stadium today – what a cool week in OSU sports.

• Will O’Brate Stadium do what Allie P. Did?

• Five Thoughts from the Pokes win over Texas Tech

• This was a really fun part of the Cowboys’ win over the Red Raiders – when Cade went out, the supporting cast stepped in:

But seldom-used Keylan Boone nailed an on-the-move 3-pointer from the wing to break the ice, and the game changed no less dramatically than the weather has changed in these recent crazy days. Avery Anderson took over, scoring eight straight points. Kalib Boone and Matthew-Alexander Moncrieffe each nailed two foul shots, in between which Cunningham returned. OSU led 51-47 and made enough plays down the stretch to win.

“That’s the team we have,” Anderson said. “Go out and get the job done.”

“The numbers on Cade really speak for themselves,” Fraschilla said. “And Jon, he’s a guy that literally could get 30 any night. He’s that good. If he needs to get 30 he could. But from the day he’s got to campus, he has been an amazing teammate.