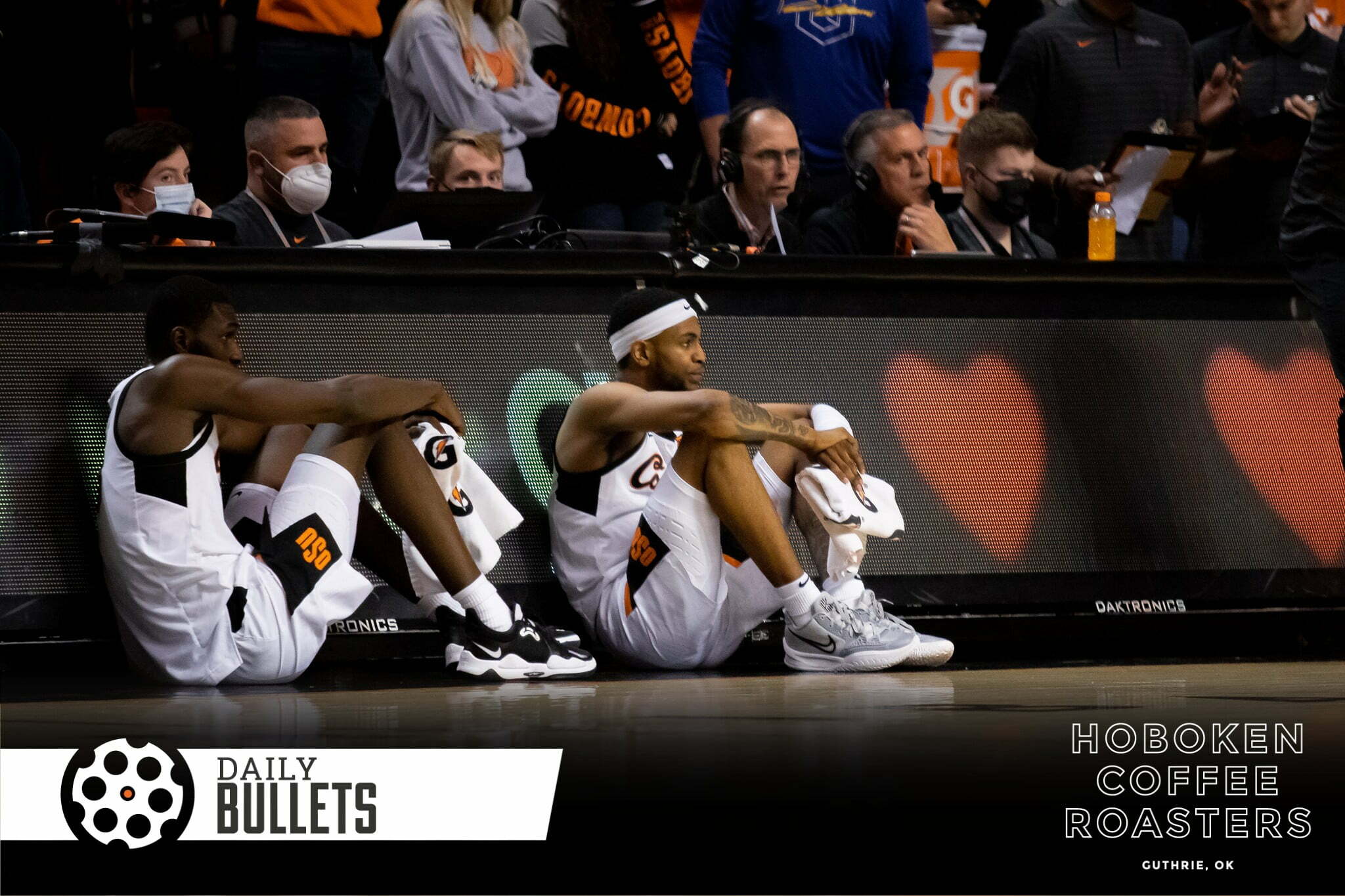 Oklahoma State fell to Oklahoma in overtime in Norman in overtime, breaking a four-game win streak against the Sooners.

• If you haven’t, check out Marshall Scott’s Five Thoughts on the overall all ugly outing. [PFB]

• Berry Tramel had some harsh words for a Bedlam game that was, for the majority of regulation, unwatchable.

This was not the street fights of Eddie Sutton vs. Kelvin Sampson. This was not the defensive suffocation of Henry Iba vs. Bruce Drake. This was a 14-14 team (OU) vs. a 13-14 team (OSU), fighting all the forces that have conspired to make college basketball uninteresting, if not unwatchable.

• Hear from Mike Boynton after the loss. [PFB]

• Moussa Cisse was late on Saturday morning, but he still found a way to shine. [Tulsa World]

• Fun to see Lindy Waters getting a shot with OKC. He hit two (!) buzzer-beater 3-pointers on Friday night.

• Cade’s coming for Stephen A.

• PSA: Make sure you get Scott back on yo timeline.

• The Pokes have got a double header on Sunday to open O’Brate.

• The Cowgirls took care of Wake Forest on Saturday.

• On the importance of a second opinion. [Seth’s Blog]