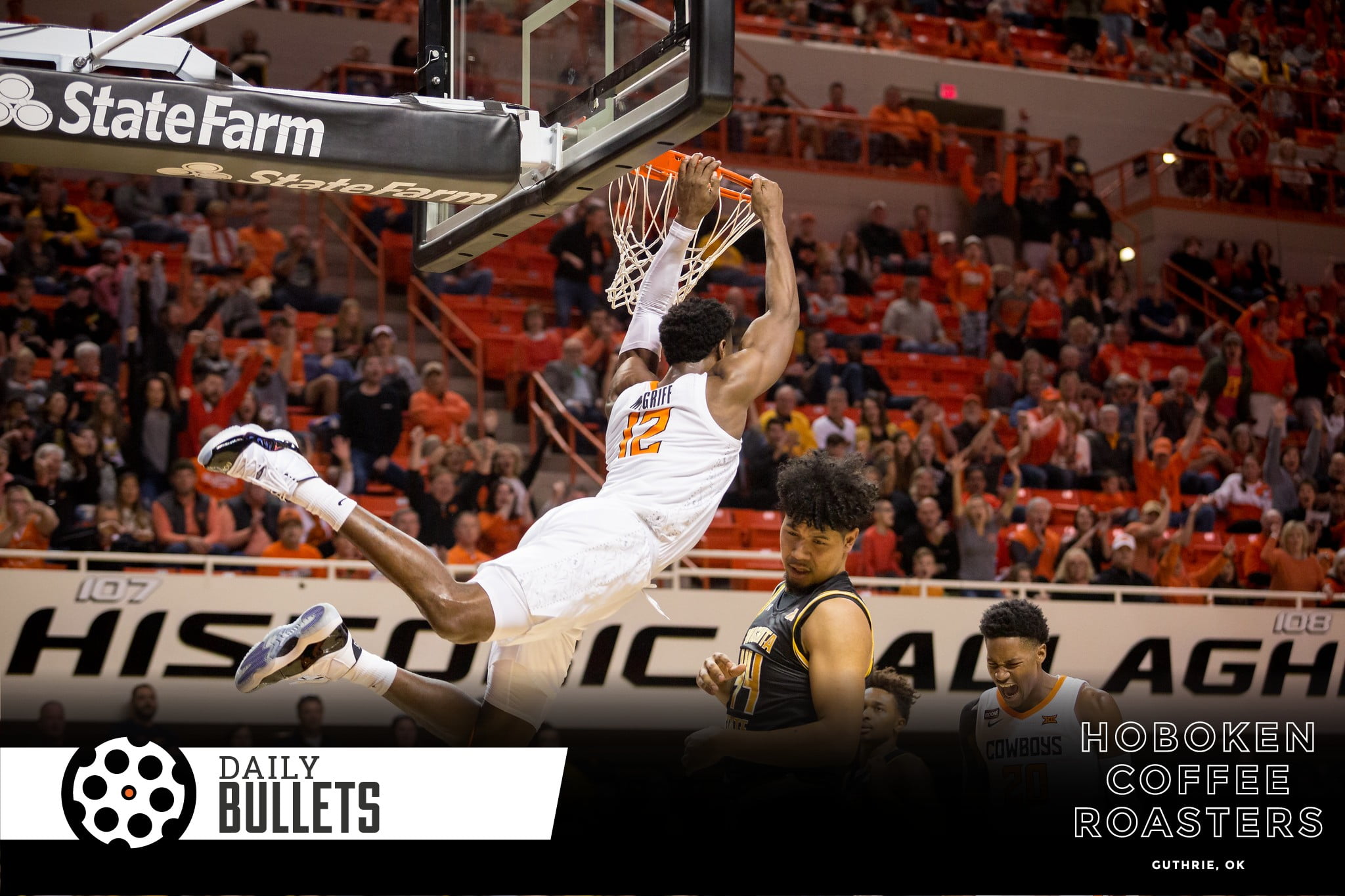 Make a spot and bring back Todd.

• The solution for the stagnant Cowboy offense is relatively simple – trust the guys who have been there to get you out of it (the seniors).

And it gets worse. The guys who should be steadying the squad, pulling the Cowboys up and out of their sinking status – the team’s seniors – are mired deepest in the funk.

And unless and until Lindy Waters, Thomas Dziagwa and Cam McGriff find their mojo and start shooting straight, things aren’t getting better, even as we swear things can’t get any worse. [Pokes Report]

Do you want that “funk” quantified?

• I find this hard to believe but PFF has Tylan Wallace ranked as their sixth-best returning receiver in college football.

Still, he proved to be a threat underneath and after the catch by becoming the only receiver in college football to generate a perfect passer rating of 158.3 on underneath targets. [Pro Football Focus]

This will be something the 2020 season hinges on, right? When OSU plays Iowa State in Stillwater, I’m not sure a gameplan of bubble screens are going to seal a win. Spencer Sanders has to develop as a thrower and start to hit Tylan and Co. deep.

• Digging through some news in college football and ran across our old friend Joe DeForest, special times coach under Gundy.

Former @dallascowboys head coach @JimmyJohnson has been elected to the @ProFootballHOF as a member of the Class of 2020.

Incredible moment as he finds out he is now a Hall of Famer. #PFHOF20 (via @NFLonFOX) pic.twitter.com/EydJ1GDX8Y

• Goodness – $1m per year for 20 years for the Cowboy alum. They call that one heck of a career, folks.

After a T-12 finish in Honolulu, Charles Howell III is less than $40K away from reaching $1M in official earnings for a 20th straight @PGATour season. @PhilMickelson is the only player all-time to do it in 20+ straight seasons.

• Three theories for why you have no time
• Look in the obvious places first
• Finished the newest John Grisham-read over the weekend – It’s not The Reckoning but it’s good. An elite version of Gray Mountain.