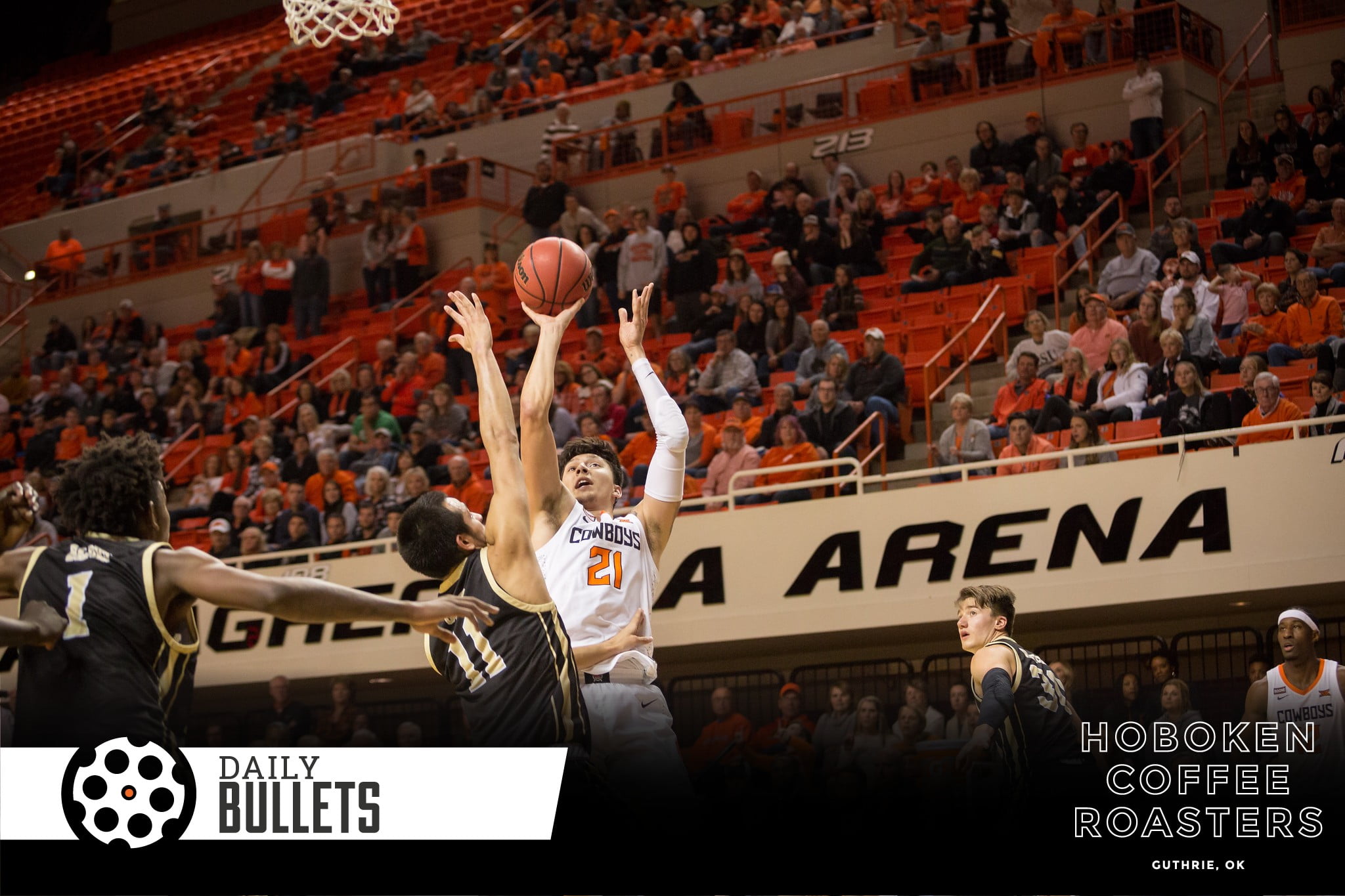 • Woo buddy. ESPN has Cade Cunningham as their No. 1 pick for 2021 and an incredible NBA comparison for his game.

Cunningham continues to make major strides with his perimeter shooting, knocking down several 3-pointers this weekend. His ability to hit pull-up jumpers when defenses go under ball screens has also improved. This is an important skill for him considering he’s not blessed with the quickest first step and hasn’t yet developed the ability to decelerate and explode past defenders like his most frequently mentioned comparison — Luka Doncic — possessed at the same stage. [ESPN+ ($)]

Luka! Where a lack of elite athleticism just doesn’t matter and a player’s size, basketball IQ, and shot carry the day.

• This is an underrated element of the KU-K-State brawl – two key players will be out for Monday night’s game against the Pokes.

#OkState will host KU on Monday minus a starter (McCormack) and a bench player (De Sousa). https://t.co/UwotPzVSvS

• This was a fun look at OSU’s gameday experience – and how it intersects with one of the more anticipated seasons in Cowboy history.

“Football season is a time we get to come together as a student body and just be unified,” said student Jaydon Maehs of nearby Morrison. “The football team unifies the student body. We get to be encouraged and we get to lift them up. It’s a time we can get super excited. ‘Go Pokes. Be loyal and true all the way.’”

Good explanation of the relationship between a football team and a student body, which is becoming more and more rare, but remains alive and well on this campus, where expectations are high and student union is more than just the name of a building to host a party. [NewsOK]

• This video/tweet talking about what it’s like to approach Stillwater (OSU) was really fun.

This season, I want to do a better job of explaining why Oklahoma State is special instead of just saying that it is. Felt like this was a good start pic.twitter.com/6Zdqvqytgi

• Marcus Smart is a dude – that guy can pass.

Marcus Smart’s determination to be a highlight tonight is inspiring pic.twitter.com/asD8Z2lk0u