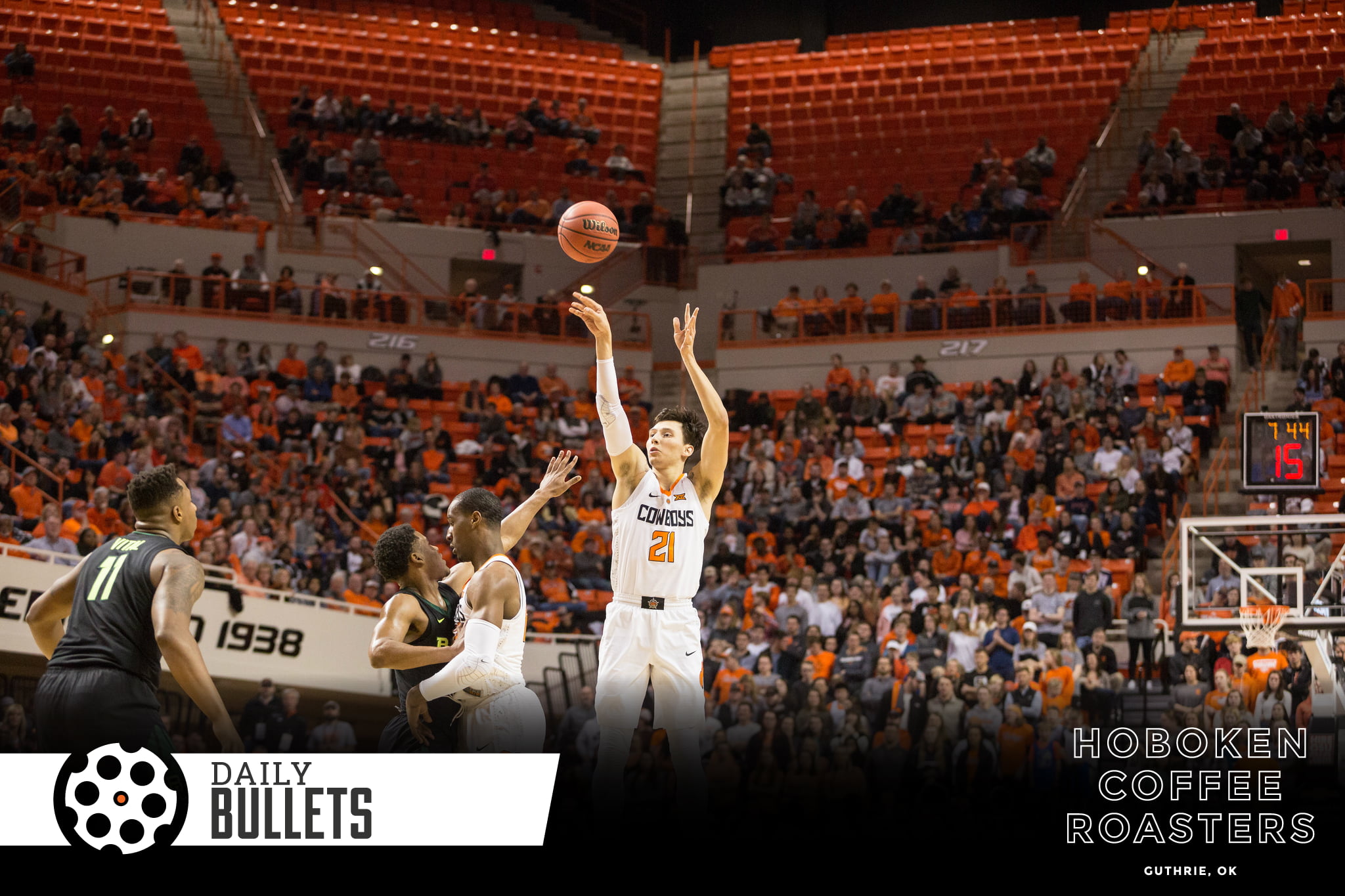 Waters’ 12 points per game average is the second-highest on his team, and he is doing that on only about eight field-goal attempts a game. That has led to Waters being an efficient 42-percent shooter, and he has made about 45 percent of his 3-point attempts. But, Boynton said the team has needed his shot total to increase even before the roster was trimmed to nine players last week.

“We need him to be more aggressive,” Boynton said. “We really do. Now, he’s a really unselfish, cerebral kid, so he won’t take a ton of bad shots.” [PFB]

• What are head coach Mike Boynton’s thoughts on millennials and generational differences?

Can I use anything generational as an excuse for what happened?

“I don’t necessarily believe in that,” Boynton said. “I’m sure that adults found my generation challenging when we were growing up. Here’s what I do think the difference is: I think the adults are different now. We want to make things OK for the kids and not hold them accountable.”

As he does move forward, Boynton figures it will be easier to show future recruits how serious he is about accountability. [TulsaWorld]

That’s a great point from Boynton – I didn’t make sure every kid on my team got a trophy but you better believe we all got one.

• Dealing with the roster depletion, one adjustment the Cowboys have made defensively is relying on an unusual concept in Stillwater: zone defense.

Although the Cowboys fell to 8-10 overall and 2-4 in the Big 12, they debuted zone defensive formations that helped them save energy.

“Whenever we throw that zone out there or go back to man and then throw a different zone out there, it really feels like it makes the offense on the other side think and really just gives them a different look every time,” (Isaac) Likekele said. [O’Colly]

Yor Anei finished with a career-high in minutes and one foul – I say it’s a win.

• With the spot or two that remains in the 2019 football recruiting class, the Pokes will be hosting defensive lineman Soni Fonua this weekend to pitch him on the spot.

There has been a change in plans for the defensive end out of Mesa C.C., he started his official visits with Nebraska, this past weekend he was at Central Florida, Stillwater this weekend and was supposed to finish the trip at KU Feb. 1-3.

Well, yesterday, Fonua put out a tweet saying that his final two visits will be Oklahoma State (that stayed the same), but that he’ll be skipping his trip to Lawrence to head to Baton Rouge to visit LSU. [GoPokes]

A trip to Baton Rogue is no bueno but the Pokes have a chance to seal the deal this weekend.
• Non-OSU but I was super surprised by this Forbes article noting how much money a team makes when they make the College Football Playoff.

Then, seemingly out of nowhere, (the Washington Huskies) made the playoff. Even though they lost to Alabama, just being in contention for the national title appears to have been a huge boon for the program. According to annual financial filings made to the NCAA, the Washington football team’s net profit was $22 million in both 2014-15 and 2015-16 (eight- and seven-win seasons, respectively.) However, in 2016-17, the year it made the playoff, the program had a profit of more than $42 million. [Forbes]

The money came from massive contributions coming in after seeing alumni and other benefactors proud of the team. Could you imagine if OSU ever made the playoff?

• The benefits of routines and ritual