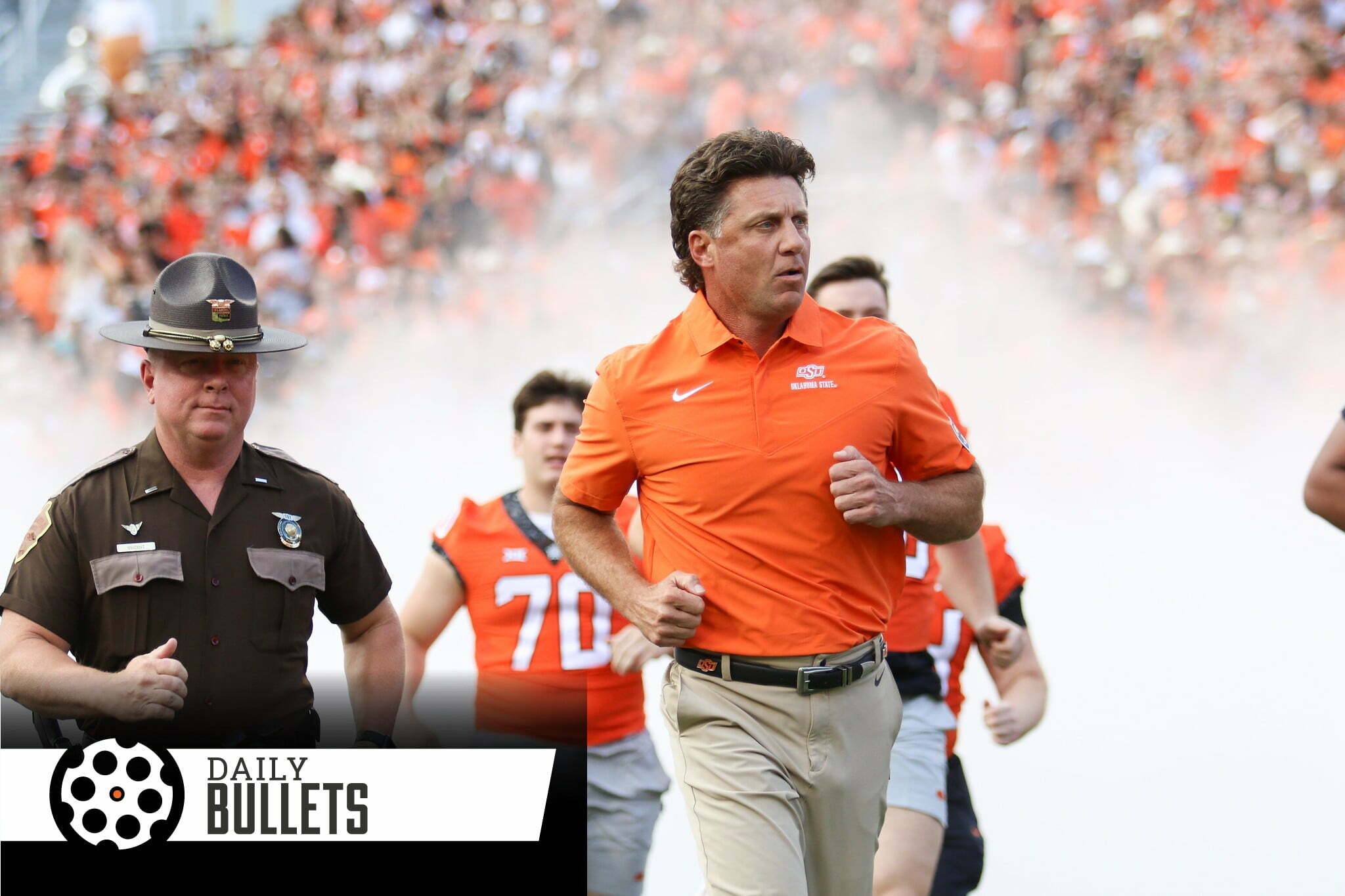 • After a dominant dual-win over West Virginia yesterday, the schedule gets a lot tougher for John Smith’s crew:

The Cowboys have only wrestled one Top 15 team this season in their loss to Minnesota. On their remaining schedule, they have five teams in the Top 15 with Iowa, Michigan, Iowa State, Missouri, and Northern Iowa along with one more in the Top 20 with South Dakota State.

• Lots of good details here on OSU’s athletic budget – details on where it comes from and how it’s spent. Really surprising how much football produces compared to men’s basketball

• With the portal closed until later in the spring, here’s a solid summary of how the Pokes did with guys coming and going

• When OU and Texas leave, OSU is set up to be the dominant program in at least one sport:

(Texas, OU, and OSU) went to the Women’s College World Series last season. And, when OU and Texas leave the conference Oklahoma State becomes the natural choice to be the dominant program. The question is which schools will elevate to give the Cowgirls a run for their money.

• How to do the slow, hard, good work of staying put.
• Cultivating a quiet heart (faith-based)

Loved hearing one of the best NBA analysts rave about the Thunder:

(The thunder) have found something with the foursome of Shai Gilgeous-Alexander, (Josh) Giddey, (Jalen) Williams, and Luguentz Dort. That group is rangy, switchable, ferocious — a blur of cuts, screens, thread-the-needle passes, and relentless drives.