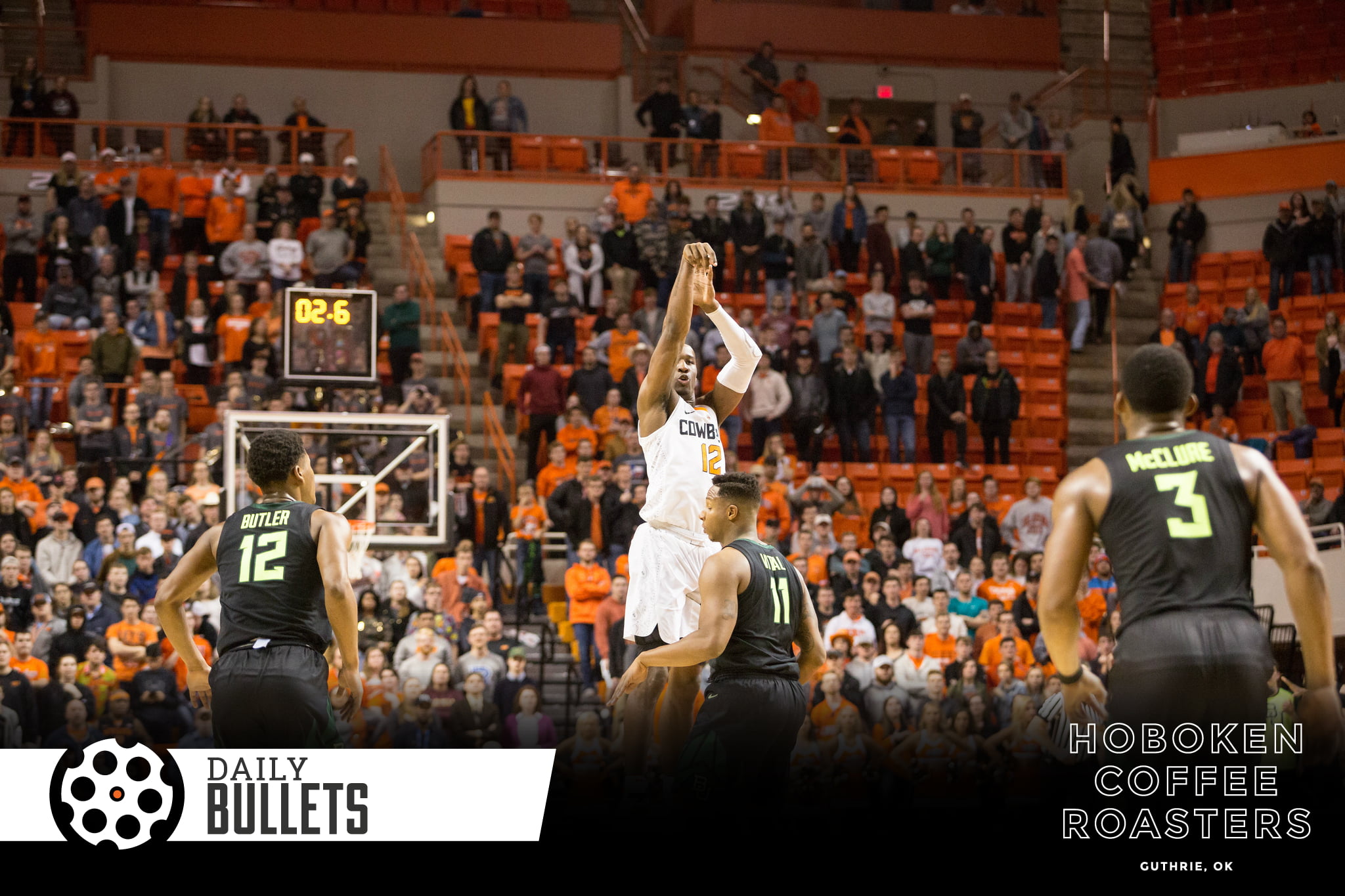 Maybe having another scholarship player would give OSU the legs to play the last four minutes. Either way – the Pokes played their tails off last night in a losing effort. It was fun to see the arena was in Bedlam mode last night.

• In a great piece looking at what Mike Yurcich brings to Ohio State, a key trend Gundy and Co. avoided was highlighted.

While much of the nation flocked to find the next dual-threat QB over the past decade, the trademark of Gundy’s offenses has been strong-armed quarterbacks like Brandon Weeden and Mason Rudolph pushing the ball downfield to talented wideouts.

Though these quarterbacks hardly possessed any threat to move the ball with their feet, the Cowboys could still maintain a positive box count against the run with the aforementioned RPOs but now also had the ability to attack both the full width and depth of the field thanks these young men with rocket launchers for right arms. [11 Warriors]

I love that decision. I go back to watching poor Zac Robinson in his last two games (Bedlam and Holiday Bowl against Oregon) skipping balls in the flat with a shredded shoulder/arm – minimizing that risk with a pocket passer is optimal.

With that being said, it will be a lot of fun watching Spencer Sanders-Chuba Hubbard zone reads this fall.

• I really do think this was an intelligent tweet that was applicable at almost any point last night.

Mike Boynton is one heck of a coach for having the Cowboys in this position, all things considered.

You can qualify it with remarks about “laying in the bed you make” but the Pokes didn’t make excuses and played their hearts out in one of the most meaningful games on the schedule.

• It’s hard not to oversimplify sometimes but Cox put it well recapping the game: when the well dried up, it dried up.

It was over when…
With three minutes remaining a loose basketball shot out of a scrum in the paint and rolled right to freshman guard Jamal (The Enemy) Bieniemy who lined up a wide-open 3-point dagger to give the Sooners their biggest lead so far 66-61. That was it. That early deep well dried up. The Cowboys, shorthanded, outgunned and wheezing, didn’t make another field goal. [PFB]

For a generally undersized team lacking a go-to scorer, it’s hard to feel confident they can get that clutch bucket unless the long ball is hot.

• I thought this was interesting – per RA, Gundy was the first one to break out the chopper for recruiting purposes.

Gundy doesn’t get the credit, but he is the college coach that started the helicopter recruiting taxi fad that has really caught on including Alabama’s Nick Saban, who ran across Gundy traveling by chopper last recruiting season. [GoPokes]

• This on a small-college football player who chose playing in an exhibition over his daughter’s birth (with his wife’s blessing) sucked me in to the story of what sounds like a really interesting character.

• Does journalism have a future?

• This faith-based read on being a recovering social media fool was convicting.