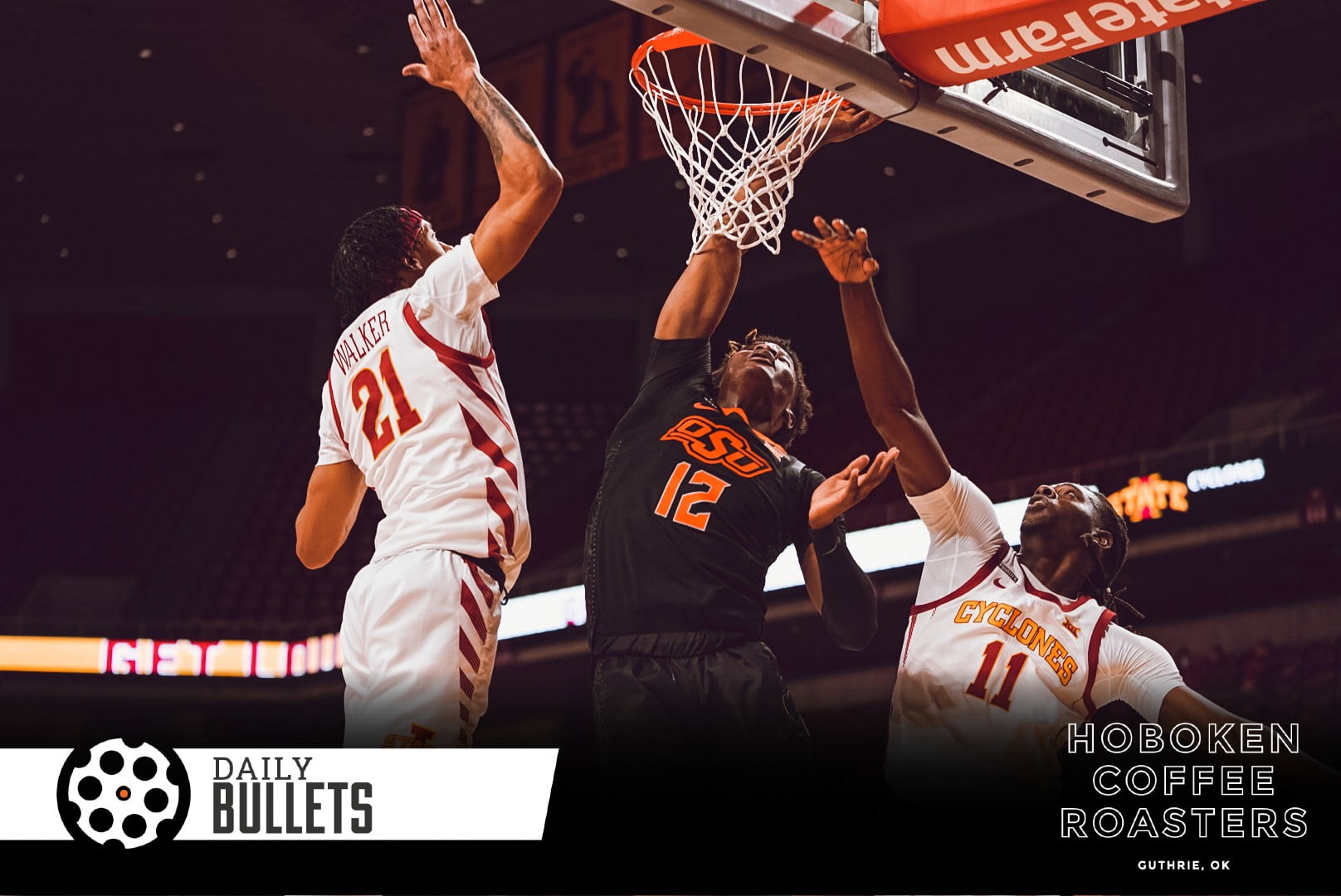 • The Pokes beat Iowa State by 21 without Cade Cunningham

• There’s no way I believe you if you told me in November that the Pokes would be reliant on their inside play to have the best chance to win in league play.

(Matthew-Alexander) Moncrieffe is becoming a force inside.

He recorded his second straight double double. But he wasn’t the only Cowboys big man to dominate.

Kalib Boone continued his strong play. Bernard Kouma was his most impactful.

• Congrats to this Cowgirl defender making her way to the Mexican women’s national team:

• This really is the logical place to have the Pokes – when you run with a top-three squad without your best player (and arguably two of your top five players) – you’re a top-15 team:

This was pretty humorous on some COVID-restrictions: