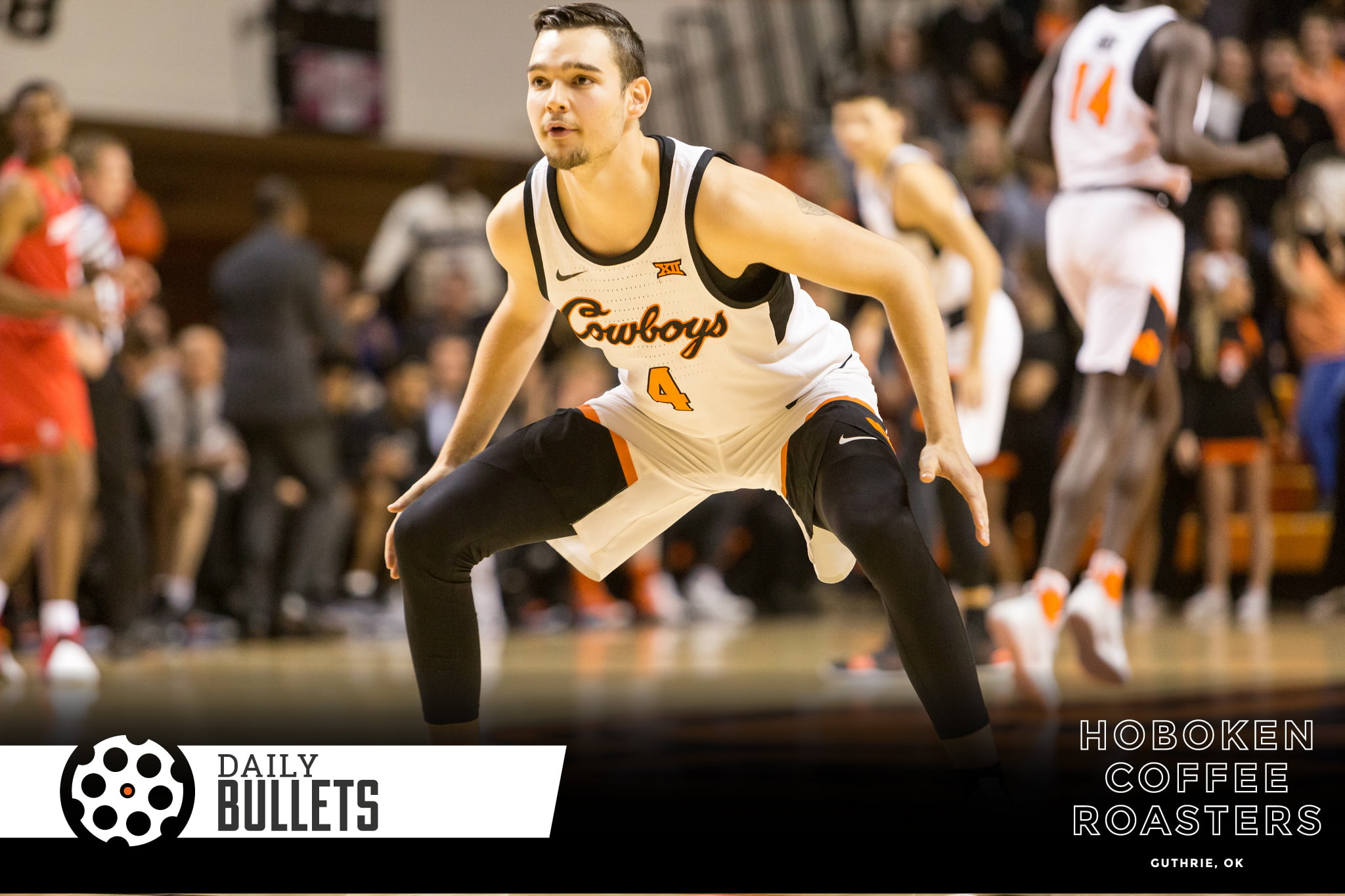 Try to comprehend a little more each day. Have holy curiosity.”
–  Albert Einstein

• Thomas Dziagwa was asked about the youth of the Cowboy team.

“Youth is not an excuse anymore,” he said. “We played enough ball games. I think it’s just coming down to our really digging in and competing and everyone doing their job. Here going forward, we’re at a crossroad where we either have to choose to stay focused on everything or not. We just gotta keep going, continuing doing our job and going to practice and keep getting better.”

There has been a lot said about OSU’s having six true freshmen or their near-bottom team experience ranking, and it seems that the Cowboys are close to overcoming that. [PFB]

After watching Iowa State pull away from KU yesterday you feel better about last week’s loss. But as players like Cam McGriff, Lindy Waters, Curtis Jones, and Michael Weathers adjust to bearing the burden offensively, you could see some optimism blossoming.

Some OSU fans were disgruntled with Yurcich. They were spoiled by success.

First – this is a blog where opinions reign supreme, conversation is king, and Tramel (and myself) will be disagreed with. But it’s hard to disagree with the fact that offensive performance over Yurcich’s tenure (especially given the offensive line issues he was working with at times) has been great, not good. Lots of points, oodles of yards, modest (not copious) amounts of curiosity.

Given that I believe what I typed above, I’m OK with Yurcich leaving. I’m excited for new ideas, new strengths and weaknesses, new “get to know him” stories.

• Watching Michael Weathers create on offense is pretty entertaining. He’s a poor man’s Jawun – capable of getting there and throwing up some solid looks but missing some of the shooting and assisting.

Weathers is a handful for any defender one-on-one #okstate pic.twitter.com/QyWVuVddcv

• Robert Allen did readers a solid and tried to rule out one of the meanings of Gundy’s cryptic tweet this week.

I don’t believe that coach Gundy’s cryptic tweet yesterday pertained to (Deondrick) Glass, but I do feel confident that this coaching staff has the ability to go out and land a high-caliber talent, just look at Chuba and Tylan.  [GoPokes]

It was interesting that a vague tweet indicating excitement came the same night the OC announced he was leaving to be a “passing game coordinator” at a blue blood.

• As an offensive mind – you can have Aaron Rodgers, Andy Dalton, or  Sam Darnold… can imagine which one Monken’s hoping to land.

• While it was brought up in the context of the Sooners and their offseason, this comment on the impact of a good strength and conditioning coach couldn’t apply more to the Cowboys.

What does Lincoln Riley do at S&C coach? Benny Wylie’s reputation doesn’t seem much improved after a year in Norman but it doesn’t sound like he’s on his way out either. This is key because your S&C coach is your culture coach and defense is largely a reflection of culture. [Concerning Sports]

That last sentence about how your S&C coach being your “culture coach” fascinates me. How much of the Cowboy Culture of toughness, no complaining, mental toughness would exist in Stillwater without Rob Glass?

• Pulled the intro quote from a solid piece on “curiosity” and how that impacts life.

Learning to learn (or to be curious) is the most essential life skill you can acquire. [Medium]

That reminded me of a thought in a Gladwell book (believe it was Outliers) where he talks about how a majority of rewarding work comes after the reasonable person would give up. I think curiosity pushes you closer to those breakthroughs.

• Finished this government thriller, the third and final installment in the series. If you’re into David Baldacci’s stuff, you’d enjoy the series.