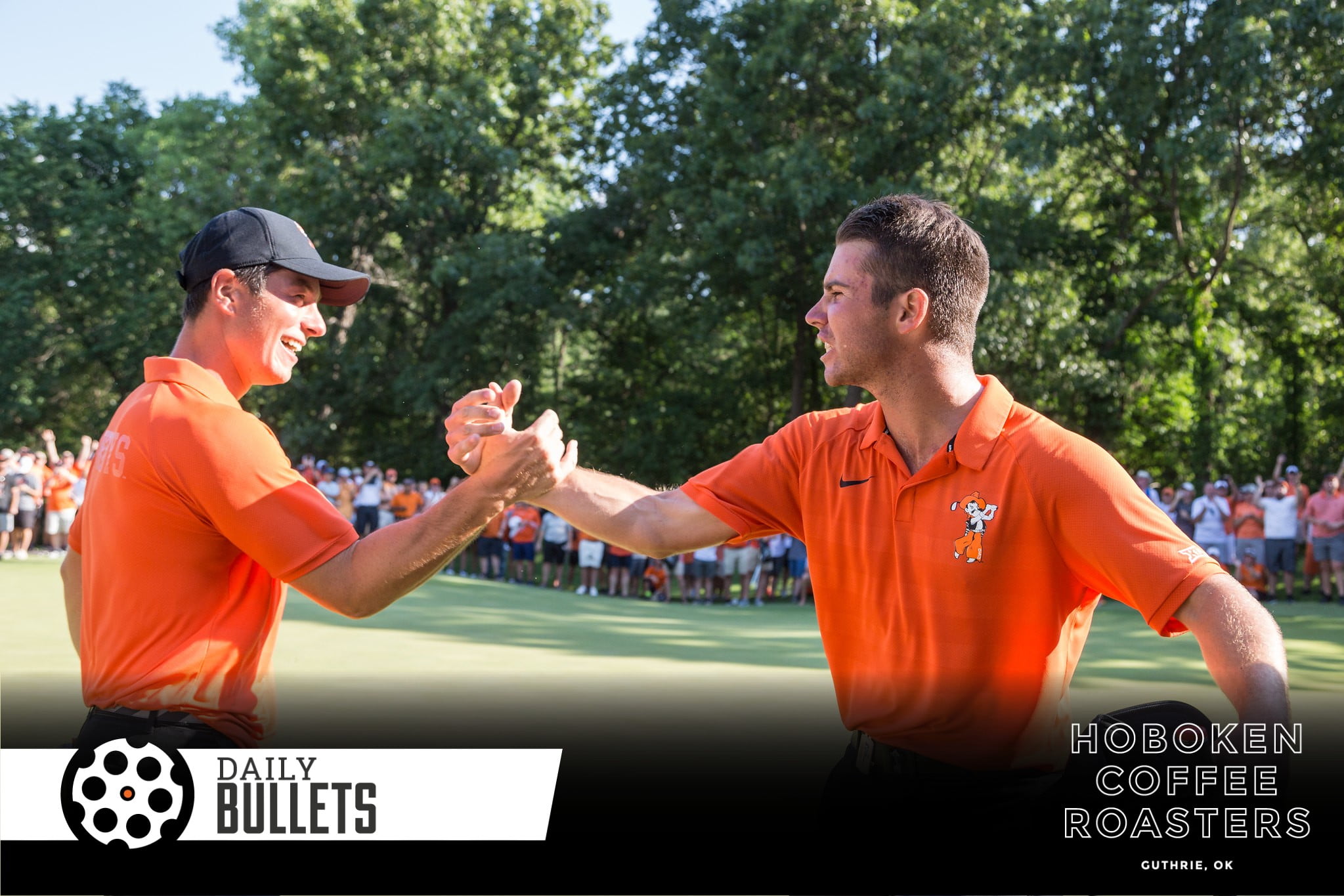 Sam Houston St. signed up Phil Forte to be an assistant coach – he was likely familiar as he shot threes from Huntsville when the Pokes were playing at Baylor.

• While Matthew Wolff and Viktor Hovland are playing an impressive game of who the most impressive new pro will be – Hovland landed his next punch when the odds came out for the upcoming John Deere Classic.

Though it’s not a victory or even a top-10 finish, the 21-year-old Norwegian had an impressive counter to Wolff’s victory on Monday, and he did it without swinging a club. According to the Westgate Las Vegas Superbook, Hovland is the favorite to win the John Deere Classic this week at TPC Deere Run at 18/1 odds.

No, that’s not a joke. Just four starts into his pro career, Hovland is favored to win this week, after a pair of T-13s in the Rocket Mortgage Classic and the 3M Open. [Golf Digest]

Viktor Hovland speaks with the media before @JDClassic week. 🎙 https://t.co/Nhksne93hS

• While we’re on the topic – Matthew Wolff’s win over the weekend qualified the Cowboy for his PGA tour card… a pretty simple process.

Sure, he could’ve gotten a ton of top-10 finishes or top-40 finishes to eventually earn his card, but this is math that everyone (myself included) can understand: 1 win = IN. That’s it!

His win at the 3M Open earned him a two-year exemption, therefore he need not rely on sponsor exemptions moving forward…[PFB]

That sounds like the shortest distance from A to B – just go ahead and win your third start as a pro.

• This is fun – Boynton’s Pokes will get to face a college basketball blueblood when they compete in the pre-season NIT over Thanksgiving week this year.

The Oklahoma State men’s basketball team will take on Syracuse in the first round of the NIT Season Tip-Off, according to a report. [NewsOK]

• Sports Illustrated has Tylan Wallace as their No. 27 player in college football

• The first shots have been fired – the first “notice of allegations” have been handed down by the NCAA concerning the corruption scandal, starting with NC State.

• You’re always one perspective shift away