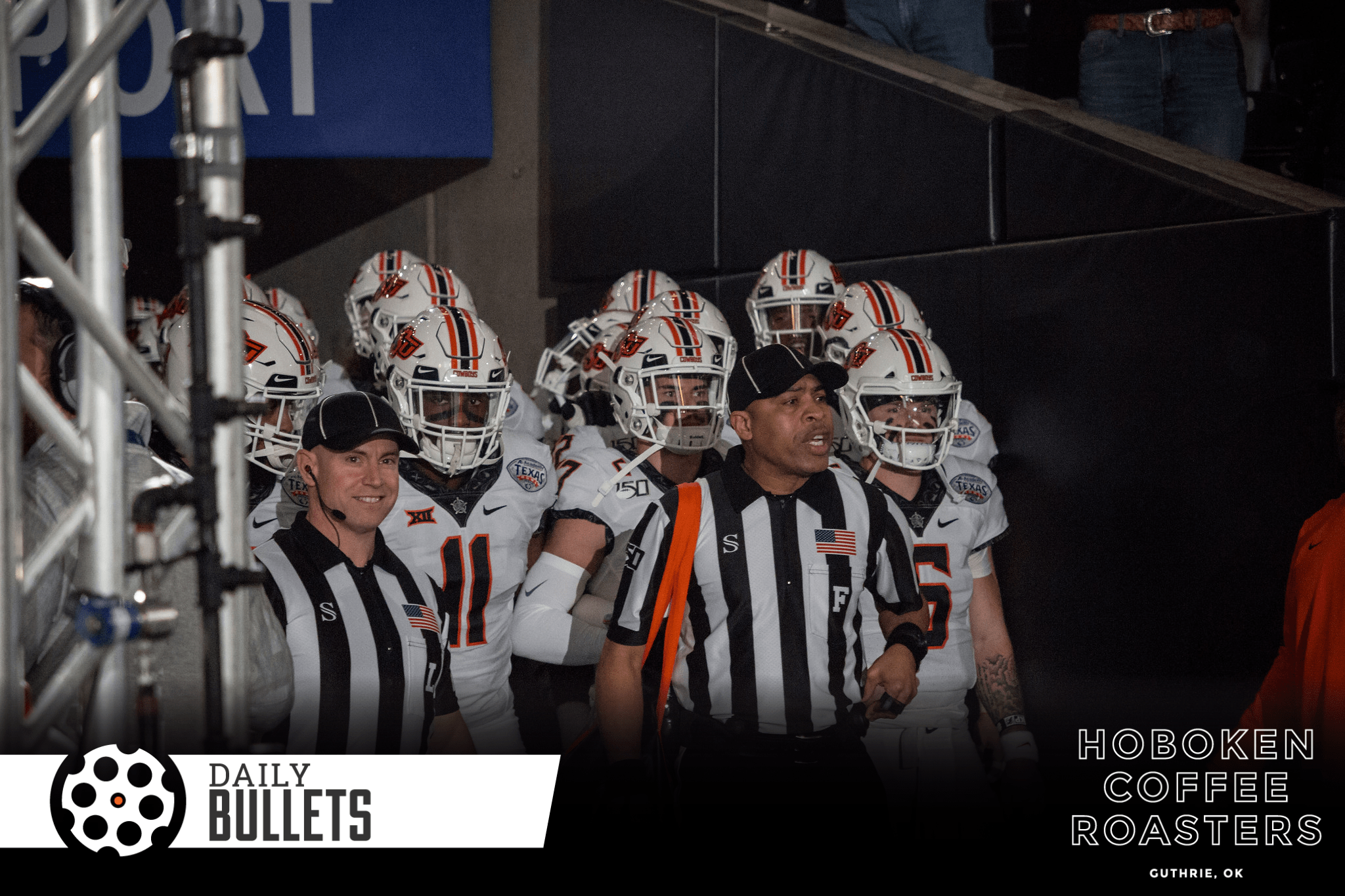 • Whether the NCAA’s fall championship slate is played won’t be decided for 10 more days (at least), and while that doesn’t directly impact football, it could still be a tell.

• OU moved its opener to Aug. 29 so it will have five weeks to play three games which will … help with testing? I don’t know if this is notable other than it shows how easy it is to move dates and games around in a short amount of time. Hopefully OSU can do the same with its opener.

• This article on what the Big 12 is actually going to do is pretty fascinating on a number of levels, but this was my biggest takeaway.

The league is also looking at a “plus-one” model, whereby the league would play its regular nine conference games plus one additional non-conference game. It’s thought the Big 12 would partner with the SEC to help fill out an entire slate if that happened. [Oklahoman]

• Why ESPN should air JUCO games this spring.

• Sobering read here from Bill Haisten on fan attendance and what all of this means for athletics revenue. Best case: Schools recover in a few years. Worst case: … you don’t want to know.

• Enjoyed this from Guerin Emig on Chuba’s Twitter ejection and how everything went down over the last week.

You don’t have to agree with someone’s political or social views to appreciate when that person gives a damn about the world, as Hubbard clearly does. It is inspiring to see that in anyone, let alone someone so young and so perceptive as to understand that his platform amplifies his voice. [Tulsa World]

• EDDIE back on today.

Can't get enough of @eddiesuttonfilm? You're in luck.

Who will be college basketball's player of the year in the 2020-21 season?

Our @CBSSportsCBB writers give their picks 👇