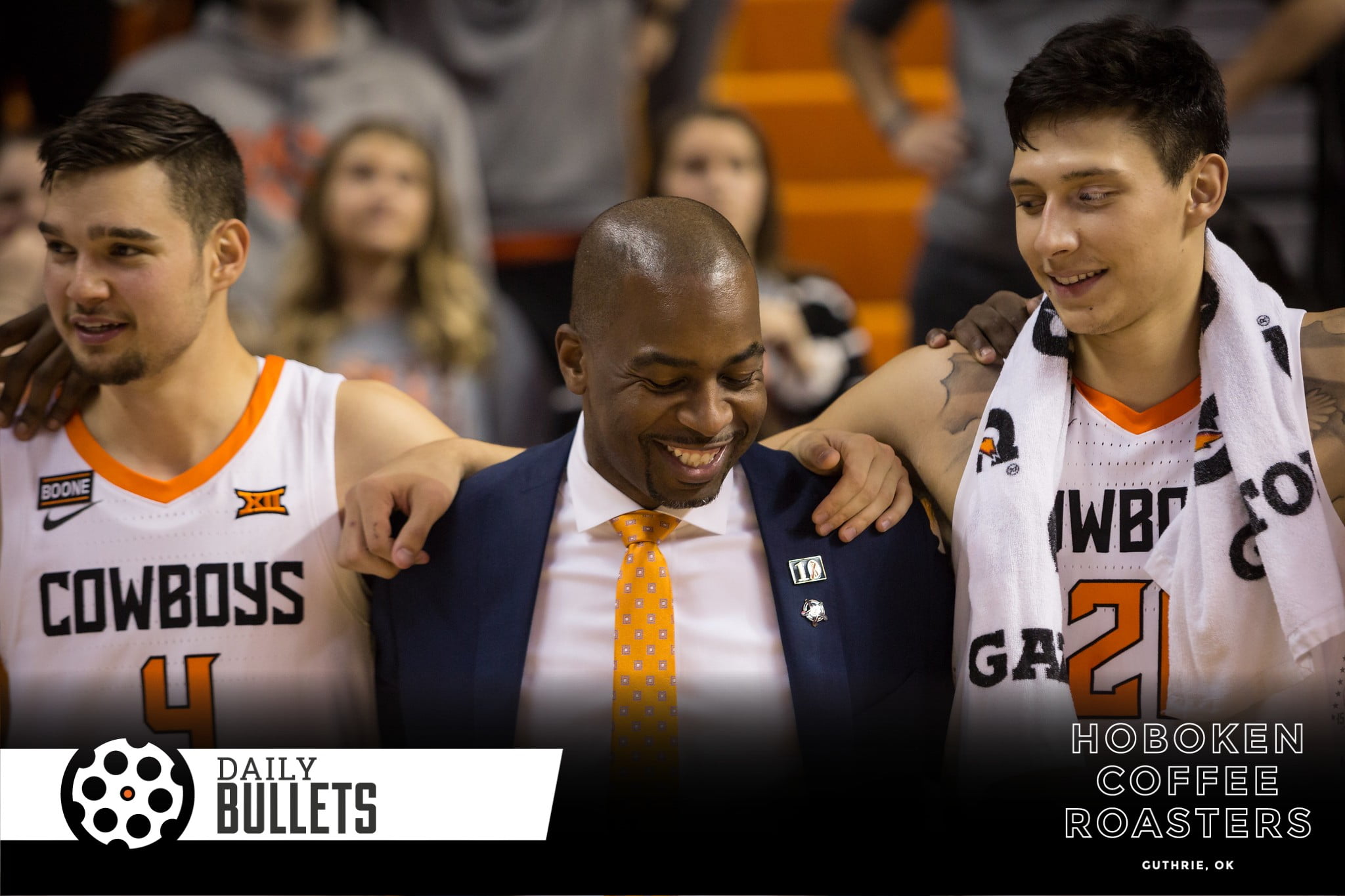 • While Mike Gundy received a vote of confidence from his bosses (and more importantly, the internal investigation showed no racial problems), the Mike Gundy/Mike Leach comparison may surface an explanation for why that makes even more sense.

But be careful; maintaining high levels of gridiron success isn’t automatic at a place that’s historically something less than a big winner.

Gundy has reached the same crossroads at OSU that Leach reached in Lubbock a decade ago. Both iconic coaches, mostly popular with the mainstream fan base, but in constant turmoil with the administration and big-money boosters, and then player discontent surfaced.  [NewsOK]

There is a fairly high ceiling for Oklahoma State as Cade Cunningham stays with the program despite a postseason ban, but there’s significant volatility for the Cowboys entering 2020–21. Oklahoma State went just 18–14 (7–11 in Big 12 play) in 2019–20, and both of its leading scorers have graduated. [SI]

While volatility is a reasonable stance, Cade Cunningham is the best amateur in the country and I’m with Mike on that one.

Can confirm for all of you scrambling to find it, the @eddiesuttonfilm is streaming on @ESPN+! @OSUMBB pic.twitter.com/m9BPQ8bFcl