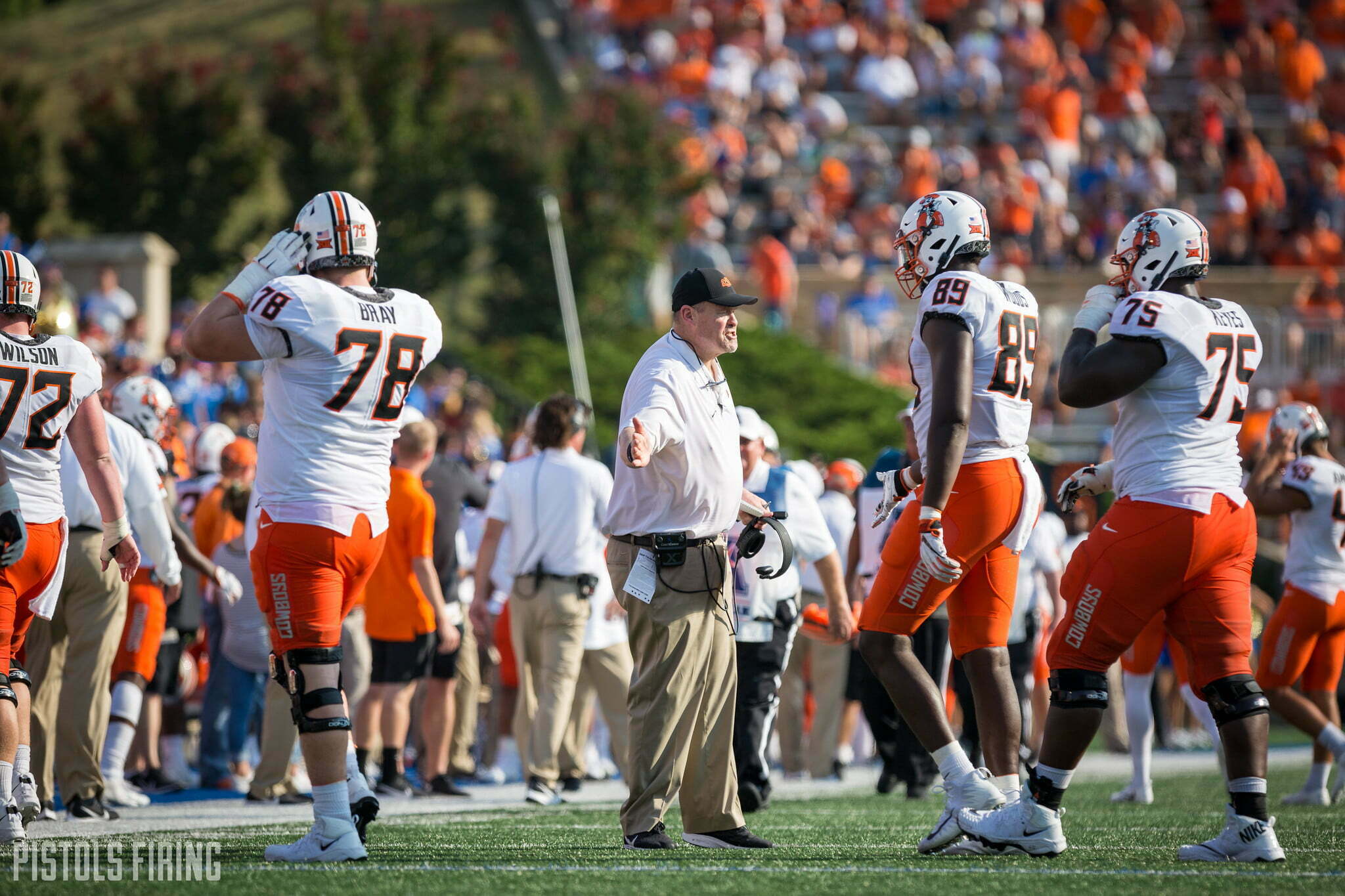 A projected starter at left tackle who made nine starts last season, Galloway’s absence will be felt as OSU looks to replace his starting-caliber production and also backfill it with another starter … all while building more depth. It’s a tough spot for OSU.

There’s perhaps no better time than now, though, for OSU to try and pull off this feat. Offensive line depth is arguably better than it’s been in nearly a decade, and under Charlie Dickey, the talent level has slowly risen, too.

So who takes his spot? How does the offensive line shake out? Here are the contenders and how I project the depth chart could look this fall.

There’s a ton of flexibility here, which should be good news for OSU. Teven Jenkins can play multiple positions; Jacob Farrell has some experience on the left side; Hunter Anthony and Hunter Woodard both played at tackle in high school.

The most logical replacement here seems to be moving Hunter Anthony to the starting tackle spot opposite Teven Jenkins. Then Bryce Bray and West Virginia transfer Josh Sills can man the guard spots, while Ry Schneider takes over at center.

Anthony started at right tackle in OSU’s victory against Kansas State in 2019 before starting three other games at right guard in his redshirt freshman season. So, it seems like Anthony, a 6-foot-6, 328-pound lineman out of Tuttle, is the next man up regardless of position.

All of this doesn’t account for any changes that can (or probably will!) take place in fall camp. We don’t yet know how OSU’s incoming class looks. We’ve only got a limited amount of knowledge from the abbreviated spring semester. Does OSU’s promising redshirt freshmen class take a leap? Can Matt Kegel make strides to becoming a reliable rotation man?

Here’s the full unit that’s on campus and what position they were listed as coming to Oklahoma State.