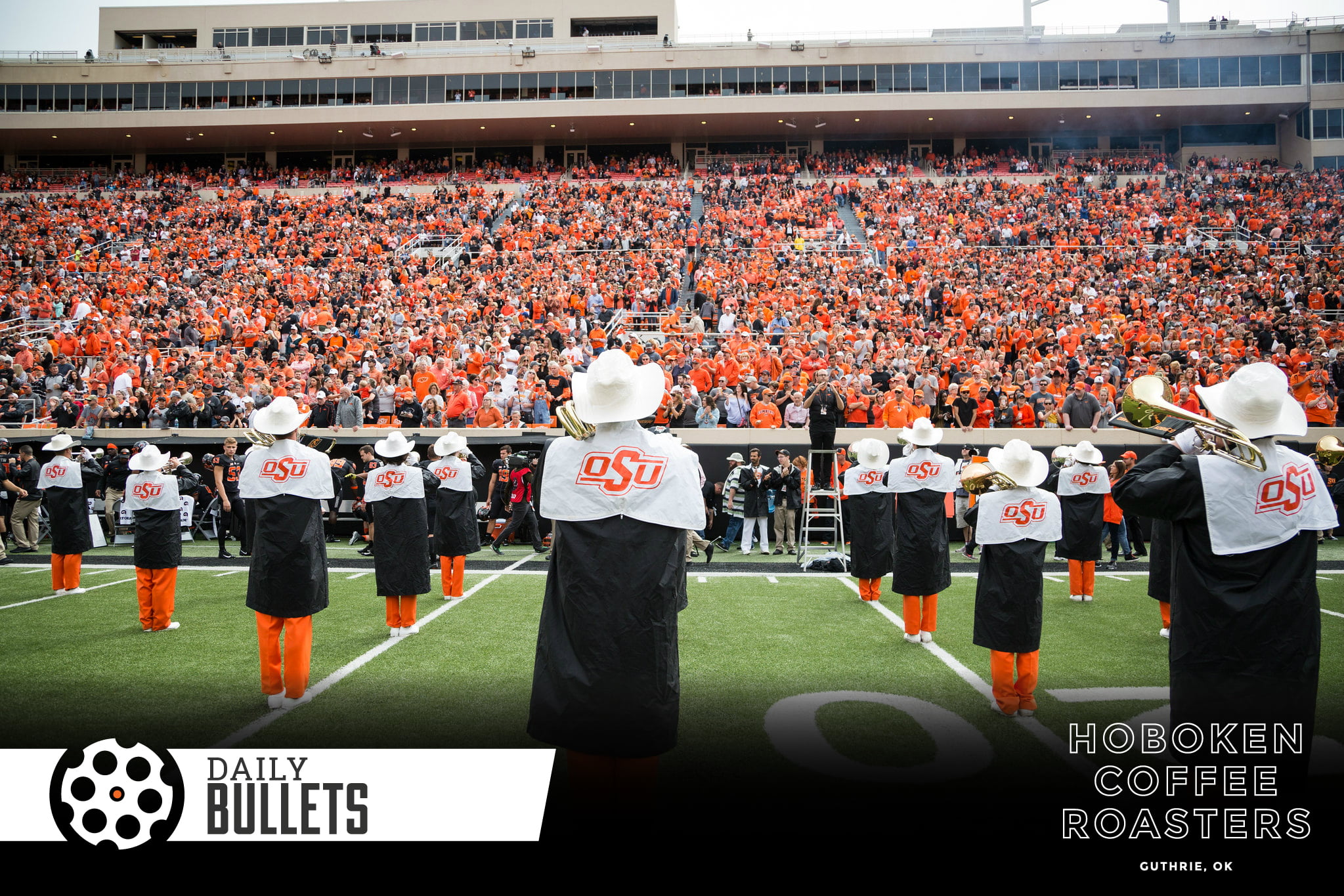 • Big 12 is finally leaning towards a conference-only slate for football – more time to play less games:

According to the Wall Street Journal, Big 12 commissioner Bob Bowlsby said Tuesday the league is considering a conference-only slate starting with games on Week Zero. He indicated the preference is still a full slate of games as scheduled, but clearly, less games over a longer period would increase the chance of getting games played. [NewsOK]

That’s probably the least “fun” option but something is most generally better than nothing and would put the Cowboys and the Big 12 more in line with other leagues.

• Now that I’ve cleaned out their inventory, don’t miss out on this 50-75 percent off sale on OSU gear through the store in the Union (you can buy online). Sale ends tomorrow.

• News of the day yesterday – Notre Dame in “essence” joins the ACC in football for a year. ACC limiting their schedule to 11 games adding Notre Dame games for some.

Sign me up for the Big 12 doing the same thing with BYU.

ACC news: The season’s first games will take place the week of Sept. 7-12.. #NotreDame will also play a 10-game conference schedule and be eligible to compete in the 2020 ACC Football Championship Game.

The 2020 Football Schedule Model has been announced.

• Godin on the value of experts
• Liked this NBA piece by 538 looking at the best and worst contracts in the NBA based on performance vs. salary
• Good faith-based read on the “how to respond to social media enemies” – in form, Denzel Washington agrees