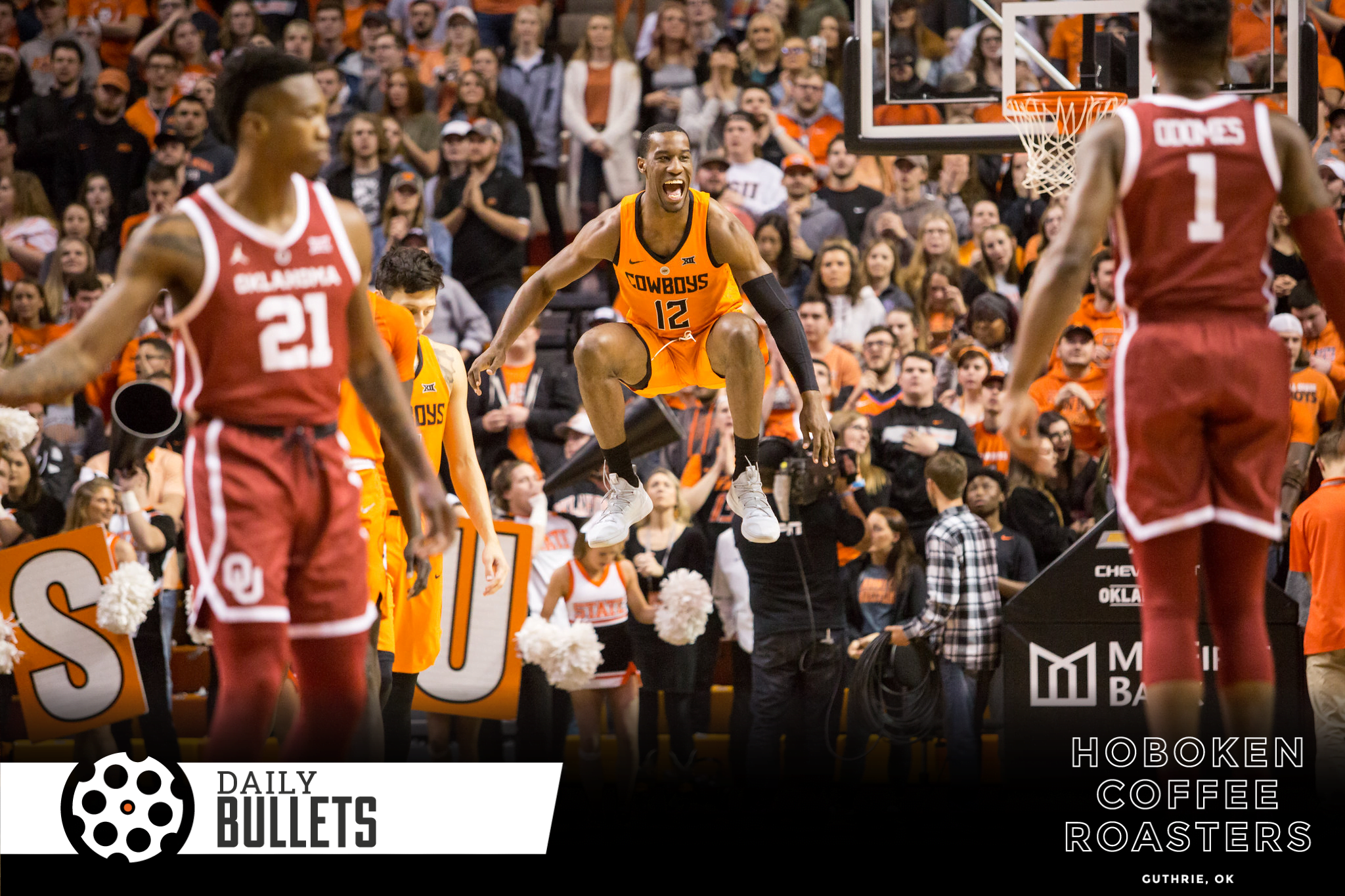 My Sunday: Bullets –> Preach my first sermon ? –> Vacation with the fam. Looking forward to it.

• Good stuff on OK preps stud Brennan Presley. I always enjoy stories about OK kids OSU recruits. Whether it’s Kye Staley or Prentiss Elliott, I feel like they’re always more fun to relate to because they lives we’ve either lived or watched our friends live.

Presley recently received an offer from Oklahoma State, his first from a Power 5 school. He will play wide receiver if he chooses the Cowboys. Presley said that it was rewarding to get an offer from a big-time program.

“When they came after me, I was excited and kind of surprised,” he said. “I don’t think it has hit me yet.” Presley’s good friend and teammate, Jordan Reagan, is already committed to play in Stillwater. Reagan, a cornerback and wide receiver, is encouraging him to play at OSU. [NewsOK]

• Loved this from John Helsley on what’s been going down this summer at GIA. I could not possibly be more pumped about this upcoming season.

More good news, as McGriff mentioned, there’s a lack of egos with the newcomers, despite their previous star status.

“The young guys are really, really talented, but they’re not arrogant at all,” Boynton said. “They want to be coached. And the older guys don’t take it for granted that the younger guys want to be helped, so they’ve done their job try and help those guys come along, showing them the way, but also helping them not necessarily by showing them, but by talking to them and teaching them off the court as well.” [GoPokes]

• RA on Gunnar Gundy is interesting …

He’s been to Toldeo on an unofficial visit and Eastern Michigan on an official visit. Some major school, maybe more than one, is going to decide to forget that his father is Mike Gundy and they are going to recruit him honestly and they very well may wind up with a franchise college quarterback. [GoPokes]

• Lastly from GoPokes, there’s some good stuff in here from RA on a defensive line update.

• Ice’s Team USA is headed to the finals against … Mali? You’re going to want to see the pass Cade Cunningham made in the lane, too.

• You can vote for B12 Athlete of the Year — Sinclaire Johnson and Viktor Hovland are OSU’s reps.

• Interesting take here on scarcity in college football and why the first half of the season needs to be cleaned up.

• Have a day, Matthew Wolff!

We have a tie at the top @3MOpen.@matthew_wolff5's NINTH ? of the day makes him a new co-leader. ?#LiveUnderPar pic.twitter.com/fduFNq2RbW

Got my first look at #OKPreps star Bryce Thompson (@B3thompson__) in person today. His AAU team (@OklahomaRunPWP) was in OKC playing in a tournament. Can see why the #Sooners, #OKState & other college hoops powerhouses like him. pic.twitter.com/X3F29EUWfy

I can’t get enough of the George-Clips trade!

• Woj on what it means for Westbrook (subtext: ✌️).

• How Kawhi runs the league (maybe).

• Berry Tramel on five reasons to be OK with it.

• KOC on all the repercussions.

• This on the irony of close competition is great.