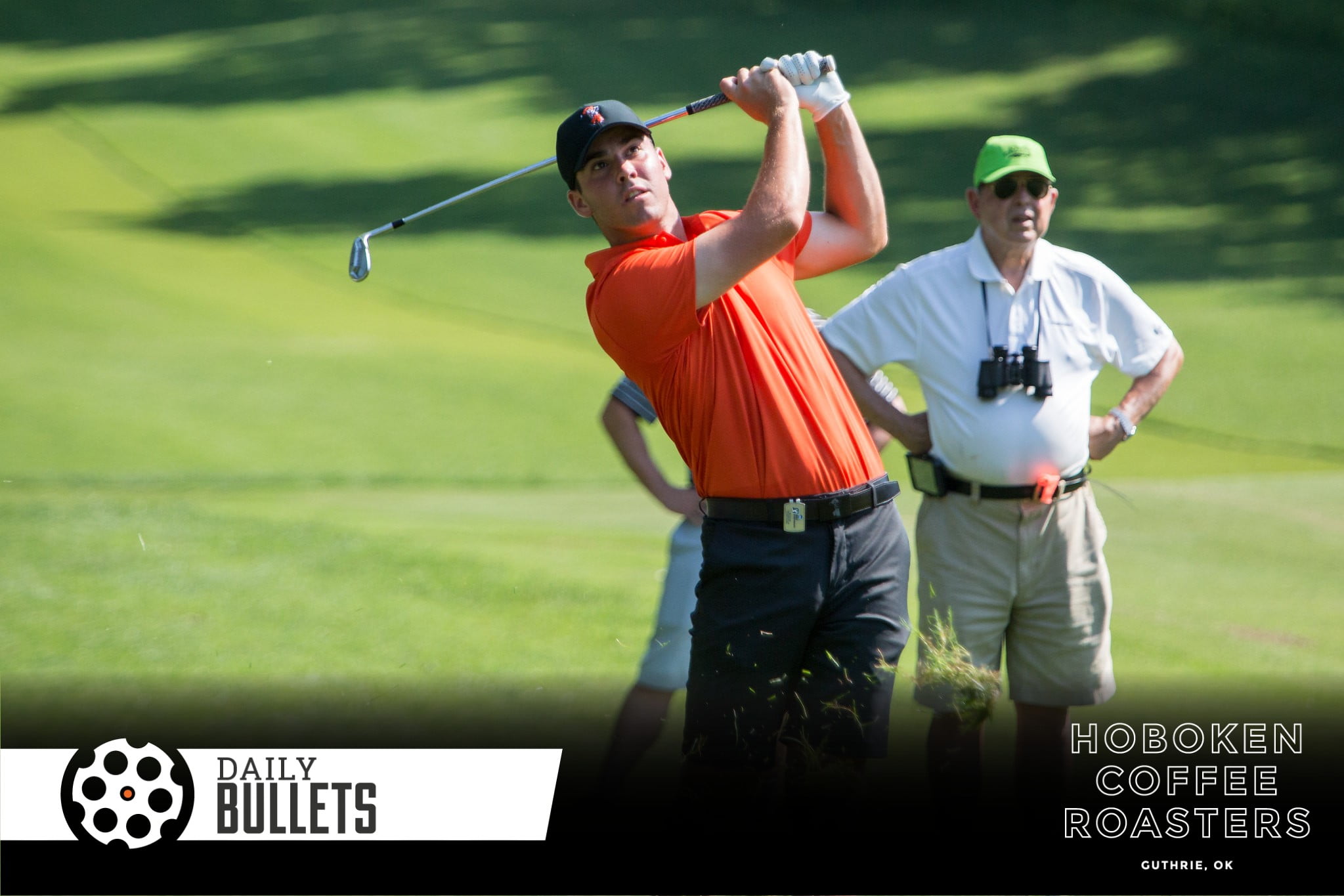 Man, it was fun to see Matthew Wolff win yesterday -that eagle putt was an all-timer.

• Matthew Wolff had ice in his veins to seal the deal on his first tour win.

Wolff shot a 6-under 65 in his round Sunday, an impressive day on the course no doubt, but it was three strokes worse than his ridiculous round Saturday. In his third round, Wolff made the turn 6-under for the day and finished the par-71 course in only 62 strokes.

With the victory, Wolff joins Tigers Woods and Ben Crenshaw as players that have won an NCAA individual title and a PGA Tour event in the same year. [PFB]

Wolff has already delivered on his promising outlook but it’s crazy to think he’d win this quickly.

“Oklahoma State is a team that is 6-1 in their last seven games against top 25 teams. They proved last year that they can lose to anybody in any given day. They lost the Texas Tech, Kansas State, and Baylor all as a favorite. The shocking number to me, Robert is that they’re 4-5, their last nine Big 12 home games despite being favored in all nine, that’s a little bit of a shocker…” [GoPokes]

That’s equally impressive and disheartening. You’ve got your impressive Texas and West Virginia wins but disappointing losses to subpar Texas Tech and Kansas State teams in recent years. They’re a tough nut to crack – it’s almost better to bet against your instinct on principal.

• I hadn’t thought much about this – is the 2019 Cowboy Football recruiting class filled up?

Technically, the Cowboys have only filled 24 of the allowed 25 spots in the class, but by this point in the summer, identifying another prospect is unlikely. OSU tried to comb the market for hidden gems in the junior-college ranks or on the transfer portal.

One name that has been floating around is that of Auburn linebacker Richard McBryde. The 6-foot-1, 232-pound native of Troy, Alabama, was a backup in 2016-17 and suffered a season-ending neck injury during preseason camp last season. [NewsOK]

I’m sure Jim Knowles would take an extra body in the form of an experienced SEC defender.

• Did Wolff’s celebration look familiar yesterday? This was awesome.

Matthew Wolff drains an eagle on the 72nd hole to take the outright lead back from Bryson DeChambeau.pic.twitter.com/CVPEIwEUdv

• Congrats to this Cowgirl on winning the gold yesterday – I had no idea how dominant the U.S. women had been in the World Cup.

• Campus is getting fixed up a bit around the corner behind the outfield in the softball stadium.

• The science behind why we laugh was ok

OKC would get off Russ’s contract, acquire two young assets (one a rookie), and use a pick to get Atlanta to take contracts. OKC and MIA both shed money.