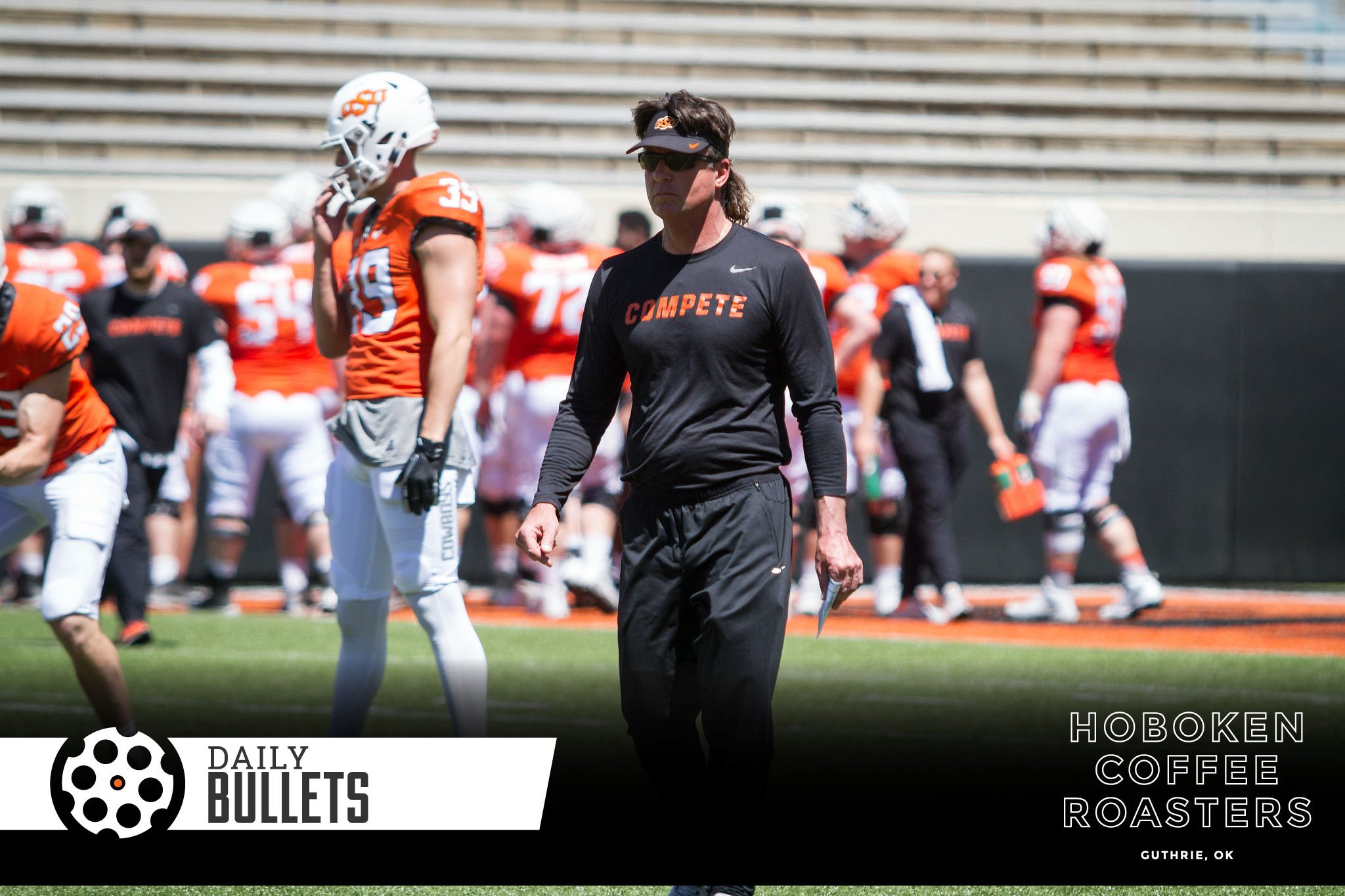 • Mike Gundy points out two primary areas of responsibility for the head coach.

It’s counter-intuitive, but Gundy said the disappointment of 2018 — after three straight 10-win seasons — didn’t discourage him. It energized him.

“It energized me, because I failed to get our team to play at the highest level last year,” Gundy said. “We were a very undisciplined football team, and we were not a very tough football team. And those two things fall on the head coach.” [NewsOK]

While I’d argue everything rolls up to the head ball coach, these intangibles lie solely on the head coach.

Pretty interesting leftovers from the above interview in this tweet:

Found these statements to be pretty interesting from @billhaisten and @BerryTramel interview with Gundy. pic.twitter.com/kFmQwGkWH3

• In what would be one of the most impressive plays in OSU football history, Brod Brown flipped the ball to Shaun Lewis.

Landry Jones rolled to his right before throwing a ball away toward the Sooners’ sideline, but in one of the most heads-up plays in sporting history, Brodrick Brown rose like a salmon and batted the ball into Shaun Lewis’ waiting arms. [PFB]

• After making his official visit to Stillwater, quarterback commit Shane Illingworth was only more intrigued with the Pokes.

Illingworth has family in Oklahoma, but the trip was as much an opportunity to see how he would fit into the community as with the football team. He and his parents traveled around Stillwater and explored some of the hot spots. The locals were friendly and welcoming, leaving a strong impression on the family.

The coaching staff left a similar impression with its vision for the Norco quarterback. Gundy’s teams have consistently produced stellar offenses. [LA Times]

There you have it – nice folks and a nicer offense are the closers for OSU Football.

• Tramel hit the beach and headed to San Diego this summer – travel blogs are the best.