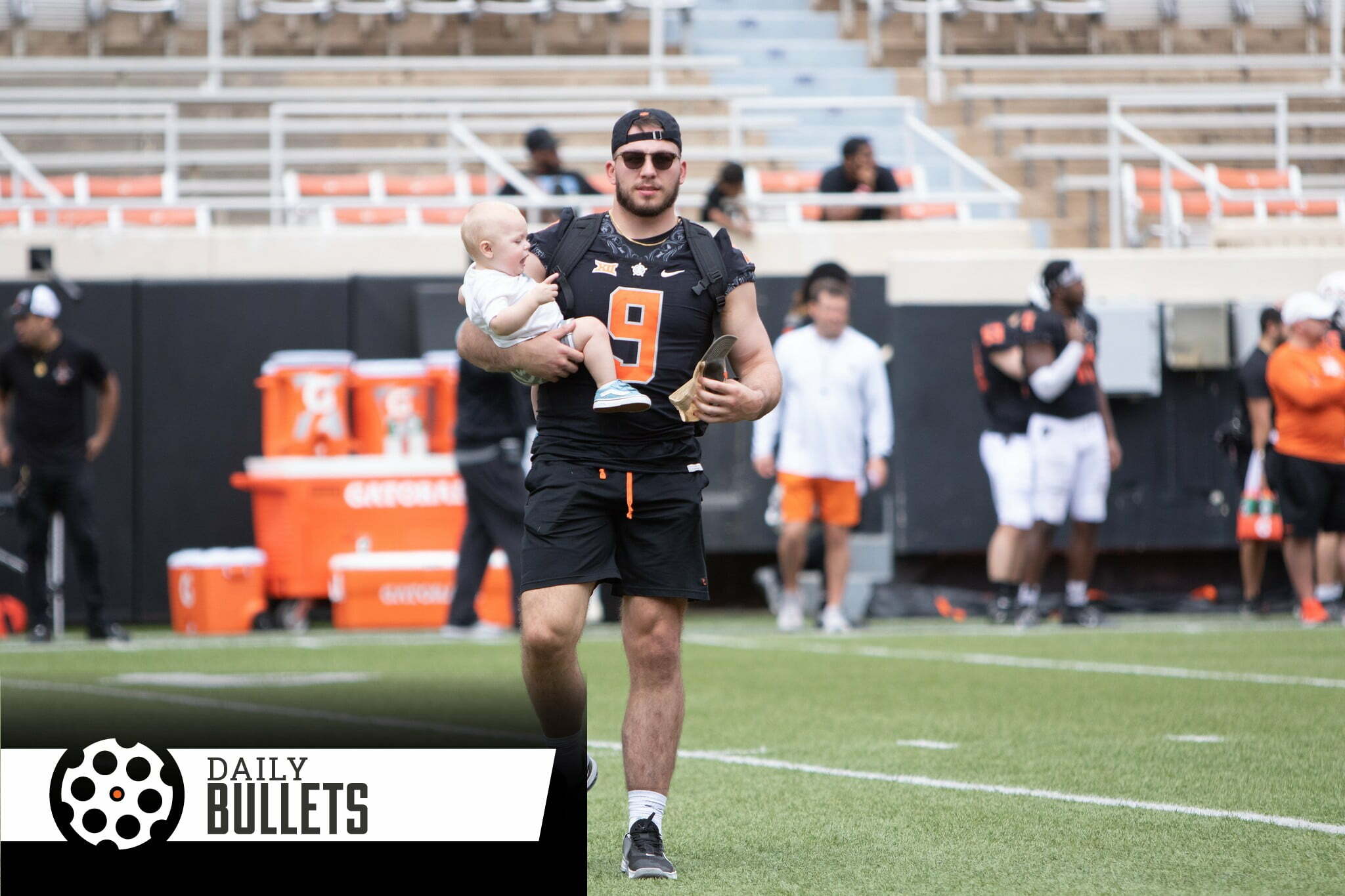 We at Pistols Firing want to wish all the dads out there a fun, hopefully relaxing Father’s Day. Here’s your daily dose of Oklahoma State sports news.

• Berry on why Ed Gallagher is the greatest coach in OSU history. [The Oklahoman]

• Nolan McLean turned some heads at the MLB Draft Combine.

Few college players in this Draft have more raw power than McLean, who began the day with one of the more impressive early BP sessions, driving one ball 424.6 feet and four others at exit velocities of 106.6 mph or higher. He also took the best infield of any of the players in the third-base group, showing off the athleticism that made him a quarterback recruit and a strong arm that has been clocked up to 98 mph (though he didn’t pitch at the Combine).

• And several of his fellow Pokes are take part in summer leagues. [OSU Athletics]

• On the remote work revolution. [The Ringer]