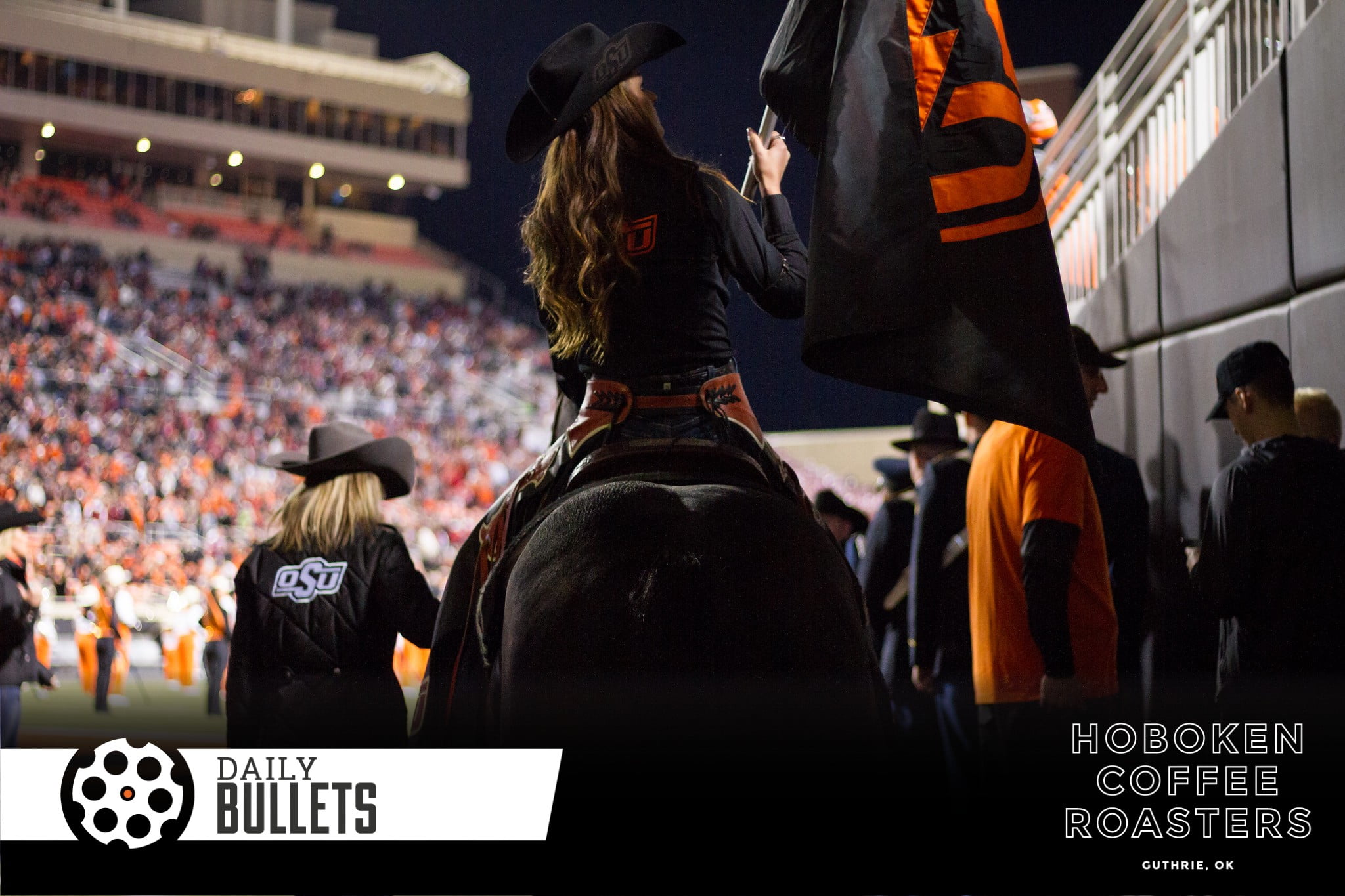 Seeing quotes like this tell you Cade just gets it:

Just got off the phone with Cade Cunningham.

“Early on, I thought about the options. But as time went on, I realized I didn’t want to play for anyone else.”

UPDATE: The making and creation of this film has been an incredible journey. Our team is so proud of what we have accomplished. It’s with great pride that today we can officially announce that we've signed a primetime deal with ESPN!!! #EddieFilm (more details to follow soon) pic.twitter.com/aIzBdNfyfY

• Part of what makes Mike Boynton such an incredible fit at Oklahoma State isn’t that he adapted to the school, it’s that he fits the program he took over.

Within hours of (Cade) Cunningham having stated that he’s “loyal and true,” Boynton wore a “Loyal & True” shirt.

Was it happenstance or a calculated play by the Cowboy coach?

“It’s not the first time I’ve worn this T-shirt,” Boynton explained, “but yeah, I’m conscious very much with what’s going on out here. This shirt and the words on it — it’s not just a shirt with words on it. They have meaning to me and they have meaning to our program. I’m glad our players truly believe in it.” [TulsaWorld]

I’d say we’re all pretty aware of what a t-shirt says at this point and this guy nailed it with his.

• This was a great compare/contrast of the Mikes in charge of OSU’s revenue sports: