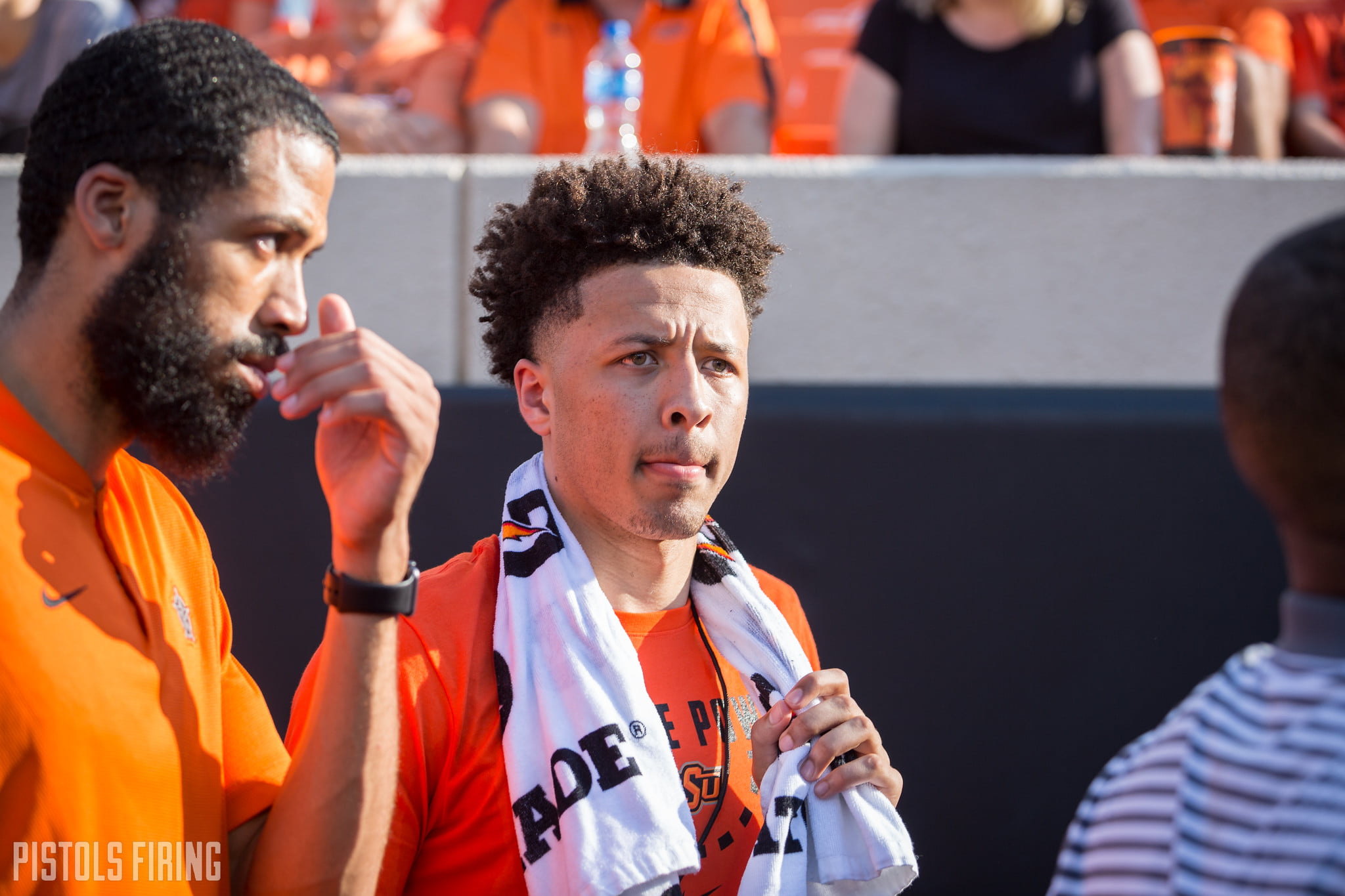 In Cade Cunningham’s 44-second long video message on Monday, he struck all the right chords about loyalty and allegiance as he reaffirmed his commitment to Oklahoma State. “Loyalty” was the first word he used in the video. His interpretation of that word spanned more than half of the clip.

That word is used so often in college athletics — and more specifically, in recruiting — that it is seen as a cliche. Loyalty is the descriptor used when a coach decides not to take another job, for instance. Or when a player with eligibility decides to return to a program they’re in instead of transferring out. Sometimes it’s an apt elucidation, other times it’s a convenient way of framing good news.

But make no mistake: Cunningham’s decision to stick with Oklahoma State — a program right now set to serve a postseason ban in what will likely be his only collegiate season — is loyalty defined. Here are the other three options that were at his disposal, which he turned down (twice) to come to Oklahoma State.

1. G League: The G League — the NBA’s developmental league — is trending up as a potential landing spot for top-end recruits now and into the future. As part of its Pathway Program, which has a goal of attracting high school blue-chippers, five-star recruits Jalen Green and Isaiah Todd, among others, have committed to following this track to the NBA starting in 2020.

It’s a lucrative option. Green, the No. 2 recruit in 2020 (behind Cunningham, who is No. 1), will reportedly make upwards of $1 million in endorsements and contract money. Todd will make a quarter of that. Former UCLA commit Daishen Nix will probably make somewhere in between that.

Cunningham would have commanded top dollar. According to Jeff Goodman, his payout would have been “at least” as much as Green — and likely more, considering he is the odds-on favorite to go No. 1 in the 2021 NBA Draft. But he turned that offer down and had “no real interest” in joining the G League, per Goodman.

2. Overseas: This, like the G League, has also been a trendy pick for elite level high school athletes looking to bridge their time between high school and the NBA. In recent years we’ve seen Terrance Ferguson, LaMelo Ball, RJ Hampton and others take this path. This has happened specifically with the NBL, the Australian League that has a program in place called “Next Stars” that develops players like Cunningham and his ilk who have NBA dreams.

Ball and Hampton were paid in the ballpark of $500,000 reportedly (with contract and endorsements) to play overseas in the NBL, and that’s at minimum what Cunningham would have netted, too. Incredibly, the salary cap for the NBL is around $1.5 million, so Cunningham would have commanded a third — if not more — than the full team’s salary allotment.

3. Another college (let’s say Kentucky): While more than a dozen programs offered and pursued Cade Cunningham, in the end it came down to Kentucky and Oklahoma State as college destinations. Kentucky, as it rarely does, finished runner-up. (What a world we live in.)

At Kentucky, Cade could have had it all. UK lost 94 percent of its scoring and rebounding from last year’s roster ,and he’d have slotted in as its go-to guy from day one on a No. 1-ranked recruiting class.

Overlooked in this option: he’d also be eligible to play in the postseason, which he isn’t eligible to do at Oklahoma State as it stands now. At Kentucky, John Calipari would field a squad likely to be a top-5 seed in the NCAA Tournament and capable of making noise in March Madness.

How much does that matter? Probably a lot. But as we’ve learned Monday, it’s not the deciding factor in his final decision. It’s just another appealing option he rejected as he once again showed loyalty to the OSU program and to Mike Boynton.