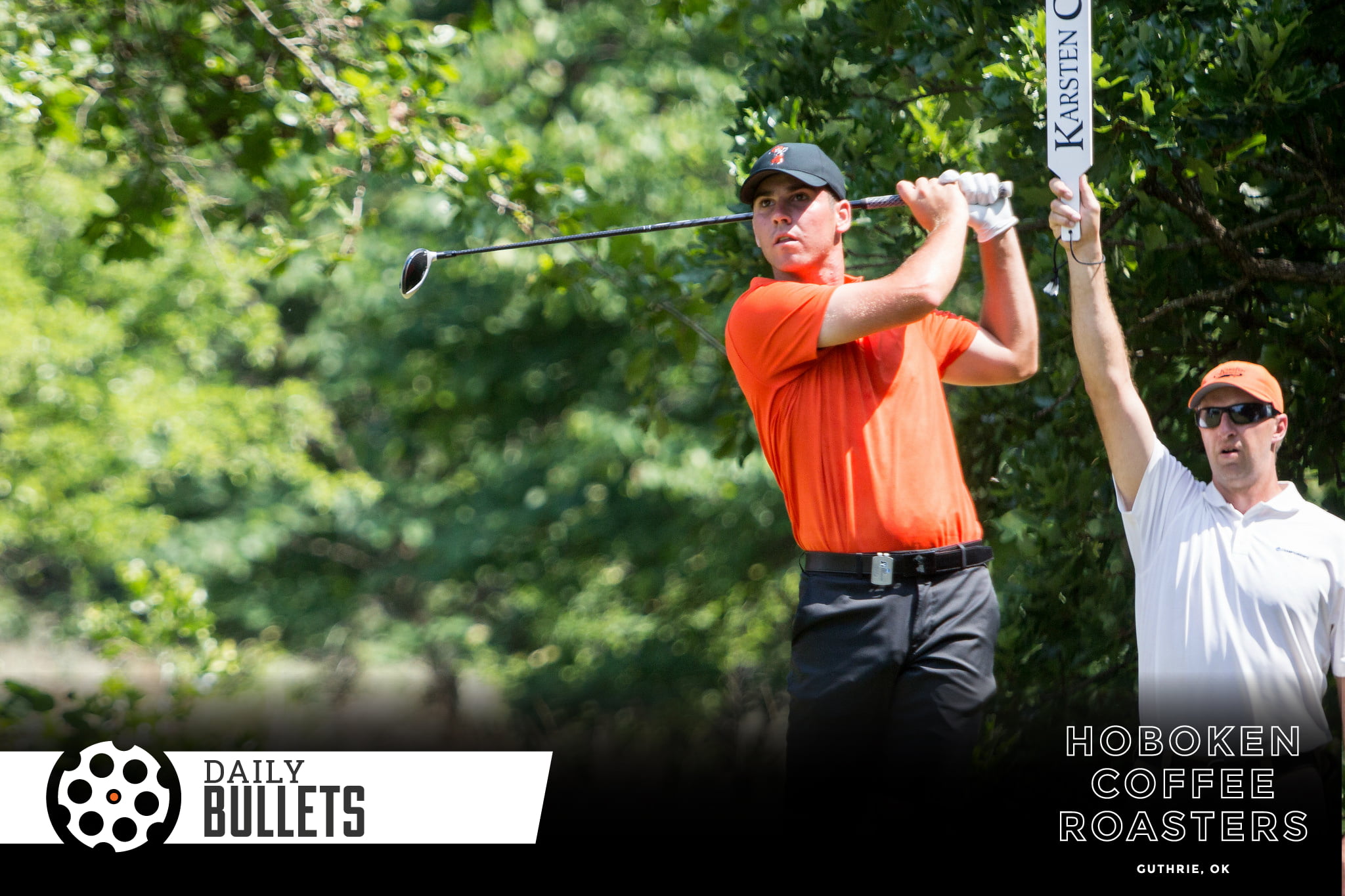 I thought Boone nailed it on these food recommendations for the NCAA Tournament fans coming to Tulsa. You could probably move cheesesteaks down and slide Burn Co. up.

• Matthew Wolff is in line to win the Heisman (golf-version).

Wolff is the heavy favorite to win the Haskins Award — college golf’s Heisman — and follow a long line of future successful pros like Justin Thomas, Patrick Cantlay and (most recently) Norman Xiong. The last Cowboy to win it was Pablo Martin in 2006. Last year, Xiong won the award with a 69.05 scoring average and 23 rounds in the 60s. He won six times. Wolff has five tournaments to get one win and match him. [PFB]

The piece goes on to highlight that Wolff has five wins with five events to go – hot on the heels of Tiger’s single-season record of eight-wins… unreal.

• Mike Boynton is after a four-star guard that hit the market when the Texas A&M coach was canned.

He would also be a great addition to the recruiting class of Avery Anderson III, Marcus Watson, Kalib Boone and Keylan Boone. There are currently two open scholarships available and would move the Cowboys’ recruiting class up to No. 18 in the country just behind Auburn and just ahead of Alabama. [GoPokes]

I know recruiting classes are harder to compare in basketball (give me one Marcus Smart over five Kirby Gardners), but I’m fascinated to see how high this class climbs when the dust settles.

• Mark Cooper details John Lucas’ magical 2003-2004 season in Stillwater and what it meant to him personally after being on a Baylor team enveloped in turmoil.

Lucas, now in his second year as director of player development for the Minnesota Timberwolves, recently revisited that moment — and the 2003-04 season that changed his life.

“I was just looking for my dad because everything we went through the previous year to everything, just all the emotions flowed out of me,” Lucas said. “It was like everything I was angry about, everything that was built up inside of me was just all like … relief…”  [TulsaWorld]

• This all-time Cowboy tournament team is hard to argue with.

• Here are some good stats on the NCAA Tournament teams as you load up for games.

• A couple of old OSU basketball coaches made the tourney this year.

• Looking at the non-guaranteed nature of contracts in the NFL