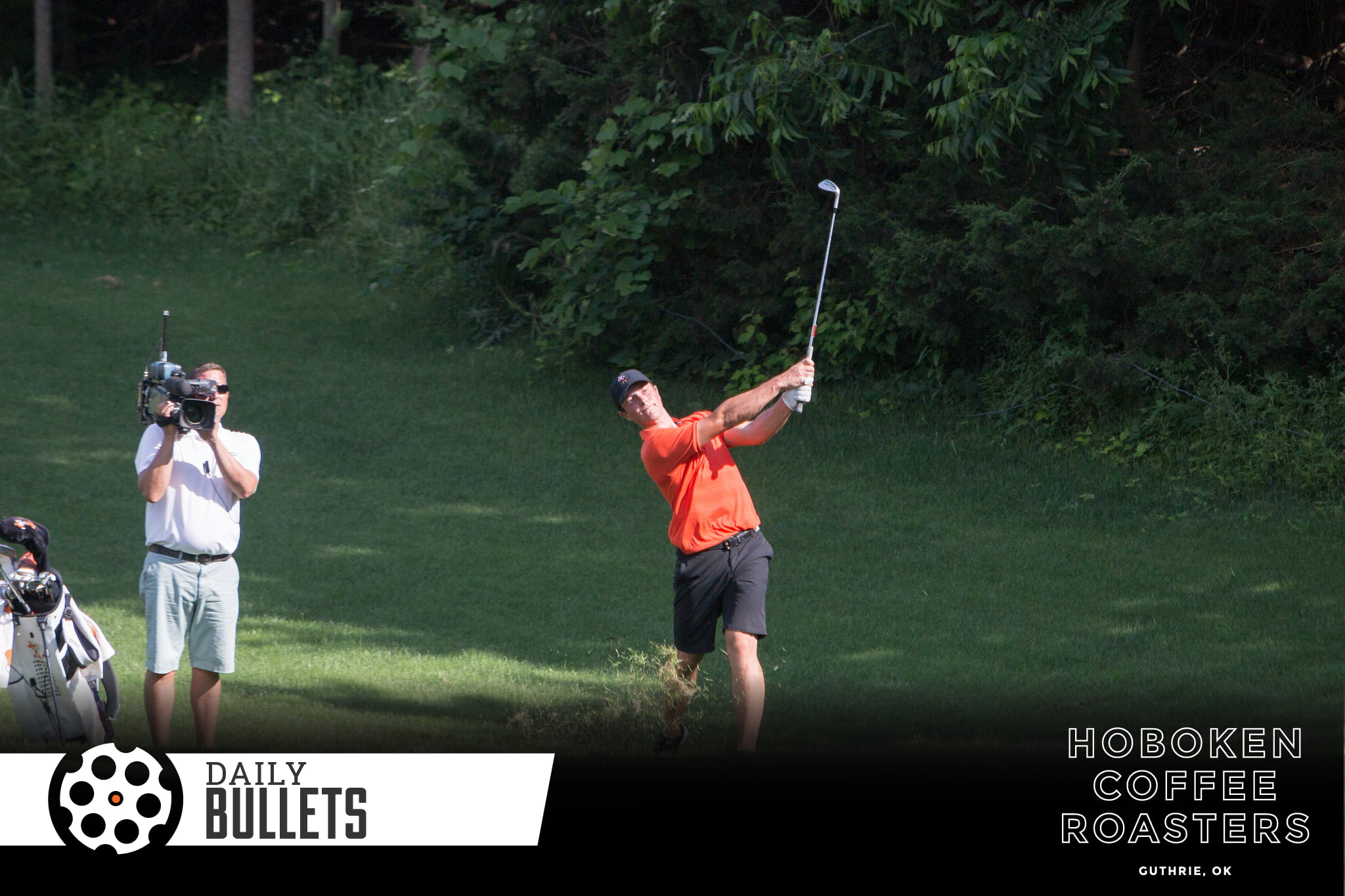 • How big of a missed opportunity is it for the Pokes to not play a tournament game in such a closeby venue as Tulsa?

It would be tough to get a draw so close to home but it happens for the big dogs. I suppose saying getting a high enough seed to merit the draw is putting the proverbial cart before the horse when the Pokes are struggling to make the tourney in the first place.

• Cowboy Viktor Hovland took on the winner of the British amateur champion in the Georgia Cup.

(Auburn’s Jovan) Rebula claimed for of the match’s first six holes to hold a 4-up lead before Hovland carded back-to-back birdies at Nos. 8 and 9 to cut the margin in half at the turn.

With a birdie at the 11th, Rebula moved back to a 3-up lead before Hovland mounted his charge. The Cowboy junior birdied Nos. 12, 14 and 15 to get back to all square. However, Rebula won the 16th and the duo halved the next two holes to close out the match. [OKState]

• A report out of spring camp is that a soon-to-be-freshman cornerback is impressing: Thomas Harper.

“I don’t see that he’s really scared of anybody out here and his physical ability seems like he’s going to have a chance to maybe compete earlier than other people,” Gundy said. “Still way too early. We’ll know a lot more in a month.”

(Thomas) Harper, who is listed at 5-foot-11, 165 pounds, is among the group of cornerbacks working behind starters A.J. Green and Rodarius Williams. [TulsaWorld]

• Lunt’s got this thing figured out – give me as many Spencer Sanders’ passes as possible.

Hi, if you could just tweet out a video of Spencer Sanders throwing lasers on a loop, that would be great. Sincerely, bored offseason guy.

• Another freshman is turning heads (and numbers on the scale) on the other side of the ball.

“C.J. Moore is making a few plays,” Gundy said. “He’s coming along. His biggest addition is 25 pounds. He came in here about 158, and I think he’s 185 now or something like that. That’s helped him considerably.” [PFB]

If he truly did come in at 158, putting him on the field in a Big 12 game last fall would of been cruel.

• Philosophers talk about college basketball, corruption, and the NCAA tournament.

• Finished the last book (currently out) in this legal thriller series, it was a fun read. Still plugging my way through this Civil War-era classic.